Who are the people of Gibraltar? 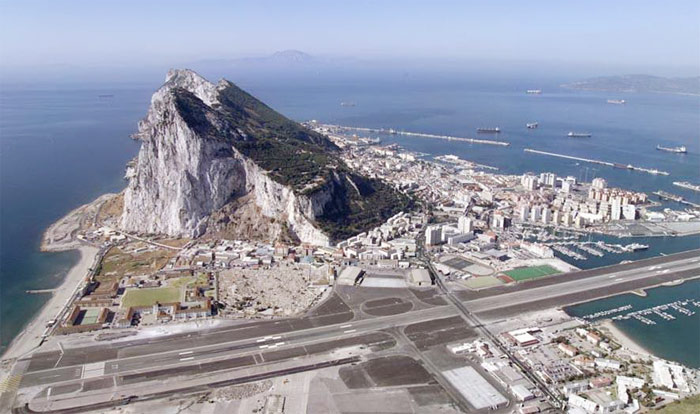 The Rock is more than a limestone promontory. It is a symbol of something far more sinister.

As I entered the appropriately named ‘Main Street’, I immediately recognised the blue and red stripes of a certain football team. The names ‘Messi’ or ‘Puyol’ were effortlessly rested on the backs of mere toddlers.

Meanwhile, an obscure scent of what I could only identify as roasted coffee met my nostrils. I turned my head, only to discover that the scent of roasted coffee had ascended from a ‘café con leche’  placed in front a group of locals who formed a gossip circle. I couldn’t understand a word, with the mixture of broken English and colloquial Spanish becoming more apparent as I listened closer.

With my father originating from Gibraltar, I have always been struck by the ability of Gibraltarians to call themselves ‘British’. During the recent conflict over Spanish fishing rights in Gibraltarian seas, Fabian Picardo, the Chief Minister of Gibraltar, has adopted a pretentious British accent; an accent far removed from the ‘Llanito’ dialect which he would otherwise share with the majority of 30,000 fellow Gibraltarians. It seems that the only aspect of Picardo’s  background which is remotely British is his Oxbridge education.

Picardo or any Gibraltarian residents have never voted in a British General Election. What’s more, they share an irrational respect for the British monarchy; an institution they are wholly isolated from.

Added to such irrationality is a concomitant hypocrisy. Whilst labelling Spaniards as overzealous and intrusive, Gibraltarians cross the border. Many even visit their own property and shop in Spain, and in the process contribute to the local economy of the southern province of Andalucía.

One is unable to watch episodes of hit American TV shows such as ‘Dexter’, enjoy traditional ‘Tapas’ dishes and be a member of a Liverpool FC supporters club, whilst instinctively call themselves British.  A specifically Gibraltarian attempt to have your cake and eat it has led to what can only be called an identity crisis.

My aim has not been to rebuke the residents of what I would label as my second home on Earth. On the other hand, I call for them to accept their multi-faceted identity. Gibraltarians hail from Portuguese, Spanish, Italian, English, Scottish, Irish, Moroccan, Maltese and Jewish backgrounds.  The exclusive, insular and nationalistic ideology of ‘them and us’ which is at the centre of Gibraltar’s relationship with Spain is therefore a contradiction in terms.

Indeed, conflating the above nationalities and cultures with the already ambiguous noun ‘British’ is to at best self-deceive, and at worst, to live in denial. Perhaps the famous Rock is symbolic in this respect.  As the ‘Rock of the Gibraltarians’ it acts as a mere façade for an otherwise confused and disorientated populace.

When asked where he came from, the Ancient Greek Cynic Diogenes of Sinope replied ‘I am a citizen of the world’. Gibraltarians should not be denied their right to national self-determination. Nevertheless, they should first consider whether they constitute a ‘nation’, or a minuscule cosmopolis.

A Fork In The Road For Australia: A Look At The 2013 Elections