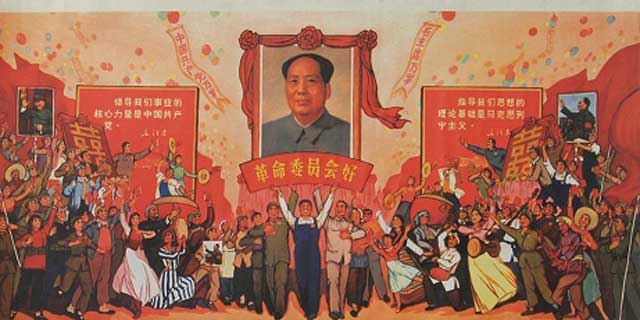 In 2009 Martin Jacques claimed we were on the verge of a new world order in his controversial book ‘When China Rules The World’. It would be an era of “contested modernity” as the world saw the rise of a new global superpower, the People’s Republic of China.

Since the global financial crisis – and its subsequent impact upon the western powers – perceptions about the economic balance of power have been changing. In some cases, the very roots of our economic system have come under fire. Neoliberalism, it would seem, has not made true on its extravagant promises. And now many of us are asking the question ‘is this the proverbial beginning of the end’ so to speak? Are we indeed witnessing the decline of western hegemony and global economic dominance – so best embodied (and enjoyed) by the United States? A recent survey seems to suggest that people across the globe are beginning to think that China has either replaced or will replace their American rivals as the world’s leading economic heavyweight.

In a survey spanning almost 40 countries (and roughly 38, 000 people) the Pew Research Centre discovered that global perceptions of the United States and China have changed dramatically since 2008. There has been a notable shift in the perceptions of the public across the globe regarding the United State’s position as the dominant global economic and political superpower. More countries are identifying China in this role, particularly within Western Europe. The survey discovered that only 33% of people in Britain named the United States as the world’s leading economic power. Similarly, a staggering 19% of Germans considered the Americans to have the strongest global economy. Moreover, the new data also reveals a shrinking number of Americans, 47% believing that the United States will continue to hold its economic lead over China, compared with 54% in 2008. Certainly, it would seem that even in the ‘land of the free’ hope seems to be dwindling.

Nevertheless, the survey also found that people are more likely to consider the United States as a partner to their country than China. An overwhelming 70% of people believe that the United States respects the personal liberties and freedoms of its citizens. Furthermore, the United States still commands a high approval rating with 63% of people expressing favourable views. By contrast, Pew detected a widespread distaste for China’s military and human rights policies and thus a mere 39% of countries considered the Chinese to be an international ally. According to Pew, the strongest supporters of Beijing appeared in pockets of Asia, Africa and South America. Among them were Kenya, Brazil, Pakistan and Malaysia. For a more extensive overview of Pew’s data and findings:  http://www.pewglobal.org/2013/07/18/united-states-and-china-the-image-of-the-globes-two-superpowers/.

It is clear the global financial crisis of 2008 has had a profound impact upon perceptions of the United States and China. Arguably, the very foundations of western capitalism and the neoliberal economic model, championed by countries such as United States and the United Kingdom since the 1980s, has been shaken to its very core. Without a doubt, many western countries are still struggling to recover from the fallout. In the East however, recent reports seem to be indicating that the Chinese economy is beginning to stabilize. According to the latest stats and figures collected in July, the growth rate of FAI (fixed asset investment) has picked up slightly whilst IP (industrial production) rebounded significantly from 9.1% to 9.7% in the year’s second quarter. Commenting on the Chinese recovery, the China Economic Watch wrote that “with all these favourable factors… the [Chinese] economy and markets could be in a bright spot from August to Mid-October”. For some, it is just a matter of time until China establishes itself as the world’s leading economic superpower. For others, as Pew discovered… it has already happened.