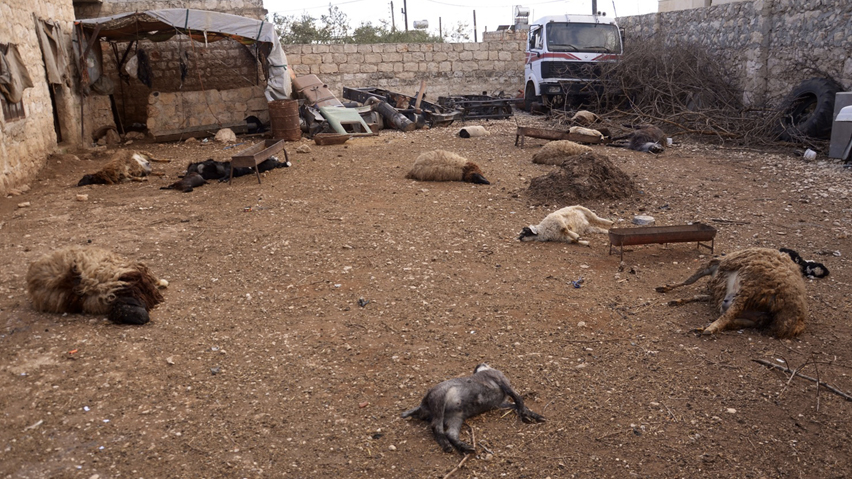 These were the words of the British Government’s lawyers after they stated that legally British forces would have the right to intervene for “exceptional measures”. According to lawyers British military action in Syria in the wake of the alleged chemical attacks in Damascus would not require UN backing as it would be justified on humanitarian grounds. The UN investigation by weapons experts is under way in Damascus at the sights of the supposed chemical attacks to uncover evidence of what is believed to be an attack by Syrian armed forces on their own people. Should any evidence suggest that Syrian armed forces intended to harm and kill innocent Syrian people both the US and UK have warned of the strong possibility of military intervention on the basis of humanitarian rights.

Downing Street recently released details of both legal advice and evidence on the situation in Damascus from the Joint Intelligence Committee that seemed to state a strong belief and argument that the Assad regime was most certainly behind the tasks in the Syrian capital. It stated that the attacks were a “war crime and a crime against humanity”. It went on to say that: – “The legal basis for military action would be humanitarian intervention. The aim is to relieve humanitarian suffering by deterring or disrupting the further use of chemical weapons”.

However such a decision to intervene in the Middle East is set to be a lot harder to come to than was previously expected after a recent debate in the House of Commons left the decision very much in the balance but as yet undecided. Whilst those in Downing Street released both their legal advice and evidence before the Commons debate suggesting the Assad regime in Syria was behind the attacks the Labour Party has called on Conservative leader David Cameron to hold a decision over military intervention until there is concrete evidence of wrong-doing on behalf of the Assad regime.

Whilst many ministers believe that the best way to act is quickly and forcefully, Labour Party Leader Ed Miliband has stated his party’s intentions that before such a decision is made parliament should wait for the outcome of the UN investigation of the sites of each attack and only with solid evidence should they then decide that military intervention was the best option. Military officials in Syria under the regime of President Bashar al-Assad have been quick to criticise those who have accused Syrian armed forces for the attacks. Instead they have been quick to turn on opposition fighters in the city who recently agreed to a temporary ceasefire in the areas of the attacks whilst the UN continues their investigation.

The UN weapons expert team currently in Damascus are due to leave Syria this Saturday where they will then present their evidence the UN Secretary-General Ban Ki Moon who will in due course release a statement on the findings of the UN investigation. Not only have calls for a military strike in Syria stalled in the UK but over in the US despite President Obama saying that he was certain the Assad regime was behind the attacks he admitted that no such decision has yet been made over a potential military intervention.

“It is being claimed, including by the regime, that the attacks were either faked or undertaken by the Syrian Armed Opposition. We have tested this assertion using a wide range of intelligence and open sources, and invited HMG and outside experts to help us establish whether such a thing is possible. There is no credible intelligence or other evidence to substantiate the claims or the possession of CW (chemical weapons) by the opposition.”

Not only then is there not enough critical evidence to support the argument that it was indeed a chemical attack by the Assad regime but there is a growing uncertainty now as to whether the UN and in particular the US and the UK will continue to follow the strategy of the UN in approaching the issue for much longer. Despite the calls in the House of Commons managing to stall any potential military action before the conclusion of the investigation in Damascus the UK is under any legal obligation to stick by this idea. The time between and the time of revealing the outcome of the UN investigation in the next couple of days is sure to test the resolve of both those in parliament and those in the US that are becoming much more concerned with the humanitarian situation in Syria and the potential for further attacks in the time it takes to process the evidence from the investigation.