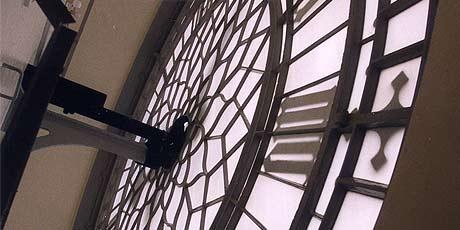 Lobbying in Britain is a political norm and seen as a part of the democratic system in this country. It can be defined as the actions taken place in order to influence a politician, a peer, or sometimes other public officials, on an issue of particular interest to an individual or large collective such as a trade union, business or pressure group. The way in which this is usually done is through hiring lobbyists, often well-connected former politicians or civil servants, who are paid to find ways of influencing political decisions relevant to the interests of individual/s they are representing.

However, for almost as long as this has been commonplace there has been suspicion over the legitimacy of such influences. A major concern is that if this system fails to be efficiently and properly regulated, powerful lobbyists will be able to wield a disproportionate amount of influence over political decisions, which in turn, could dramatically undermine the democratic process. The coalition government when they came into power vowed to ensure ‘greater transparency’ of lobbying, introducing a legal register of lobbyists in order to make regulation of the process much easier.[1]

Such suspicion and concern brings us to the debate over the legislation being piloted by Andrew Lansley, which originally was created as a way of preventing future lobbying scandals. The main scandal in which it is supposedly targeted to prevent is ‘cash for questions’ where the process of lobbying has lead to some politicians underhandedly accepting money from lobbyists in exchange for pushing certain political decisions, or essentially asking the right questions. This has, in some cases, essentially turned the lobbyists into puppeteers if able to offer certain politicians the right price. This was something evidenced recently with the Panorama scoop exposing former Conservative politician Patrick Mercer on camera appearing to accept an agreed fee of approximately £4000 to lobby for Fiji business interests from undercover reporters.[2] Mercer’s main crime was his failure to declare receiving £2000 of this sum, which is against parliamentary rules as well as offering to secure a Westminster security pass for the undercover lobbyist.[3] Lord Cunningham, Lord Mackenzie of Framwellgate and Lord Laird were also caught for similar wrongdoings, but deny any misconduct.

Embarrassing to those in the political field generally and to the Conservative party in particular for obvious reasons, there has been an effort made to try and curb such behaviour for some time now, and most recently has come in the form of the ‘Transparency of Lobbying, Non-party Campaigning and Trade Union Administration Bill 2013-14’.

Although the improved transparency, which the bill offers, shows promise, supposedly ensuring lobbying is consistent with democratic practice, introducing a lobbyists legal register, the new campaigning restrictions also included in the legislation are causing a stir. Currently, third party groups, such as charities are allowed to spend up to £989,000 in the year before an election on potentially poll influencing material. The bill, if implemented as it currently stands, would drastically slash this amount to £390,000 and widen the definition of election-related activity, leaving them massively more limited. [4] According to the stipulations in the act, an activity could be deemed as ‘election campaigning’ or ‘election-related activity’ if it affects the outcome of an election, even if this was not its intended purpose.[5] This essentially leaves third party groups massively limited in the impact they can make, breadth of people they can reach and what exactly they can do generally, with a broader range of activities being placed under the umbrella ‘election-related activity’.

Many, such as Human Rights Lawyer Helen Mountfield QC, say the proposals could breach the right to freedom of speech, essentially stopping charities and other non-party groups from effectively campaigning in the twelve months leading up to a general election.[6] Labour has got on board this train of criticism, accusing Cameron and the Conservatives of attempting to ‘gag’ charities, as have many of the interest groups themselves such as 38 Degrees, who claims the act to be their ‘biggest threat ever’.[7]

So what will happen with this bill? Will the Conservative cave into the call of the lobbyists and review it? Will it be rejected in its second reading in the House of Lords? Will it be deemed a violation of the right to freedom of speech?

Well, only time will tell.