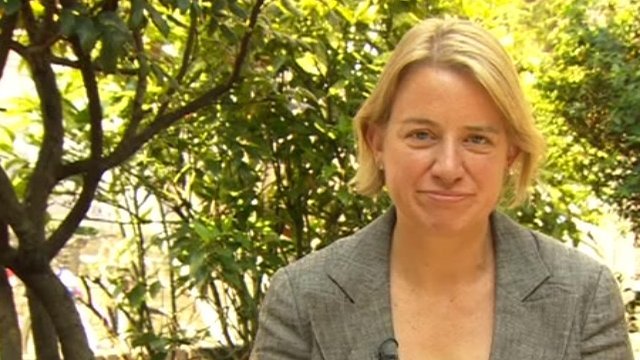 The Green Party of England and Wales is on a roll. They won their first seat in the House of Commons in 2010 in Brighton and took minority control of the city’s council in 2011.  They also have a good chance of a second seat in Norwich next time around. To this extent they are following the Green Party of Australia, which has seats in both Houses of Parliament going into the election on Saturday, one in the House of Representatives and nine in the Senate. The British Green Party’s leader, Natalie Bennett, is in fact from Australia. I caught up with her to discuss the Australian election and also the relevance it may have for events in the UK.

1. Do you still follow and take an interest in Australian politics?

I take an occasional observer’s interest in Australian politics. I don’t follow every in and out, but I’m always interested to see how the Australian Greens are going, and as we are very close in terms of our politics, see what interesting new policies they have come up with that might also work in Britain. I was particularly impressed by their Clean Energy Roadmap, particularly its element of financing community-owned energy schemes.

2. What in your opinion is the most important issue facing Australia in the coming years?

Australia, like Britain, has two key policy areas that interlink – the economy and the environment. Inequality, people being left behind in the boom years, is going to become more pressing.

3. Which party would you vote for in the election if you could?

4. Who do you think would make a better Prime Minister- Tony Abbott or Kevin Rudd?

Neither is an impressive option, but Tony Abbott would be disastrous. His views on climate change, and attitude towards women, are particularly disturbing.

5. Do you think that an Abbott administration would be bad for the Australian economy?

Yes, because he’ld delay the essential transition to a low-carbon, more sustainable economy that Australia needs to make quickly, as does the rest of the world, while also increasing already desperate inequality.

6. Was the deposing of Julia Gillard by Kevin Rudd a backward step for the future of women in Australian politics? Or is someone’s gender, race or sexuality irrelevant?

There was definitely an element of sexism in the treatment of and deposition of Julia Gillard. She made mistakes – and her attitude towards boat people was disgraceful – but some of the treatment she received at the hands of both the Opposition and the media, was way out of order.

7. What is your opinion on the role that the issue of asylum and immigration has  played in the campaign? Do you think anyone will copy it in Britain?

We have a race to the bottom on immigration issues in Britain, with the Labour Party in particular refusing to acknowledge the need to provide appropriate asylum for refugees and acknowledge the contributions of migrants to Britain, but in Australia the debate has plumbed even greater depths. Boatpeople are overwhelmingly desperate individuals, driven from their homeland by war and persecution, seeking safety wherever they can. The PNG option is a disgrace.  Good on the Australian Greens for saying they want “to provide safer pathways for asylum seekers, with long-term planning to accommodate people displaced by on-going conflicts and climate change”.

8. Do you think that Australia’s compulsory voting system should be adopted in Britain?

No. What Britain needs is a proportional representation system like Australia has in the Senate, for both the House of Commons and a new elected upper house. Our current first-past-the-post system is clearly broken.

9. Do you think the Murdoch press have too much influence over Australian politics?

Yes – and in Britain. We need to restrict the domination that any group can have over our politics. In Britain the Media Reform Coalition is working on that issue – I’ld expect and hope there is similar in Australia.

10. What are your hopes for Australia in the next ten years?

A transformation of attitudes towards the environment, not just climate change but also serious protection for water supplies, soils and biodiversity, and a re-humanisation, a move towards a society that acknowledges the needs of and supports vulnerable people far better than it does now.