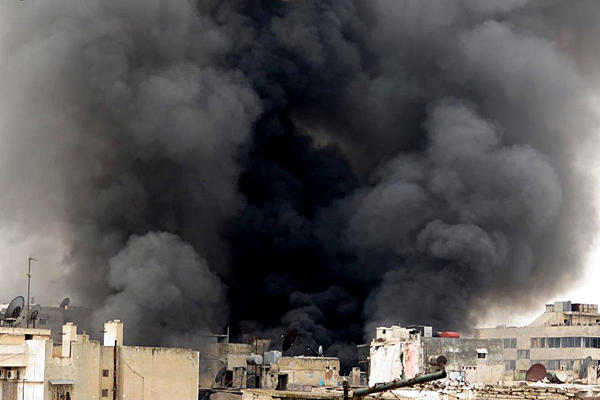 Whether or not the West interferes in Syria, events in the following weeks are likely to fill the pages of political philosophers everywhere and held up either as examples of the neo-imperialistic nature of the hegemon and its allies, or the Western indifference to suffering and human tragedy when there are no clear geostrategic imperatives to compel intervention. Put simply, we cannot win.

The unsaid truth is that inaction is a course of action – a choice that has consequences of its own. From a humanitarian point of view, innocent people will continue to suffer at the hands of a regime who, in all probability, appear to have used chemical weapons against its own people.

From a short term point of view, the Assad regime in Syria will be galvanised, having crossed President Obama’s “red line” without any recourse. It may feel emboldened to increase the speed and scale of its attacks on the rebels and the civilian population within their control.

From a medium term point of view, any reticence to act will surely be seized upon by Iran, who will likely interpret failure to take action in Syria as indicative of the lack of appetite from Western policymakers and populations for any sort of military action. Without the fear of Western rhetoric being backed up by force, Iran would feel as if it had a freer hand in dictating its own energy and security policies without fear of recourse.

And in the longer term, America’s position as the global hegemon – a position that many say is under threat as the US’s power declines in relative terms compared to both the emerging multipolarity, and specifically when juxtaposed with an economically booming China – requires it to be seen as the military, if not moral, global authority. Having pursued a largely isolationist policy since taking office, some more hawkish scholars could begin to accuse Barack Obama of being the custodian who oversaw the decline of the American empire.

But what about the cost of action? Officials from the US, UK, and France have all ruled out intervention that includes the use of ground troops, effectively limiting any possible intervention to air strikes. However, air strikes would achieve only very limited goals – not least because Syria has already begun the process of dispersing its stockpiles of weapons in order to make existing silos less attractive to attack, and therefore limiting the potential losses in terms of arsenal and material.

Civilian casualties are also an inevitability of aerial bombardment – despite the recent trend of describing the action as “surgical” air strikes, a certain amount of collateral damage is a near certainty – particularly where targets are held within dense, civilian populations – there is a high likelihood that the Assad regime will be sure to “shield” certain high value targets within these areas in order to force the West into an impossible situation.

And as so much of war these days is propaganda, is reporting your side of the story in such a manner that public opinion is influenced in one way or another – the site of more Arab deaths at Western hands would not only horrify the public at home, but would undermine the Western role in peace negotiations in Egypt, in attempting to broker a settlement between the Israelis and Palestinians – as well as alienating the Russians who have made their opposition to any intervention in Syria perfectly clear.

Whatever the West does, or doesn’t do, it will be blamed – multilateralists will be infuriated if they ignore the UN, but will disregard the fact that the UN Security Council also comprises a devout non-interventionist (China) and an Assad ally (Russia). Humanitarians will be split between their agony at civilian death at the hands of chemical weapons, and their disdain at civilian casualties at the hands of impersonal Western airstrikes. Liberals will be infuriated by interference in other countries’ affairs, while some will be aghast at our tolerance of illiberal regimes. Realists will either be furious whether we drag ourselves into another unpopular war that puts Western lives at risk, or don’t protect our key geostrategic aims in the region.

And whatever happens, it will all be our fault.