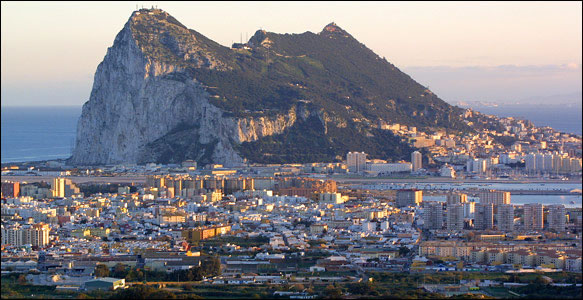 Gibraltar, like all of the UK’s remaining Overseas territories is a enigmatic reminder of Britain’s complicated and messy process of decolonization. These complications have flared up again on the small peninsular that once upon a time was one of the most important military bases in the world, with the Spanish and British governments bickering about the future of the territory.

The argument began, as most of the UK’s confrontations with its neighbours do, with disputes about fishing rights that culminated in the Gibraltarian authorities building an artificial reef to deter fishing in its waters. After various escalations including the Spanish border authorities seriously stepping up their cross border checks, and the Spanish government being compared to nearly every authoritarian regime of the 20th century, we arrive at a point where the Spanish are threatening to take the matter to the UN, presenting itself as part of a ‘united front’ with Argentina, who have a their own, quite incomparable dispute with the UK over the Falklands/Malvinas islands. The British government, as a response, is threatening “unprecedented” legal action through the EU, in what for many in the UK’s large euro-sceptic camp will seem a gross paradox, with the EU acting as a vanguard for British sovereignty, rather than its supposed nemesis.

Britain first took control of Gibraltar in 1713 after the Spanish wars of succession, in which Britain was ceded the territory in the Treaty of Utrecht. Spain has demanded the territory be returned on various points since, however some see it as a hypocrisy, Spain owning two similar territories in Morocco, Ceuta and Melilla. It can be argued that Spain’s extra-continental enclaves are not comparable to the rock, as they were established hundreds of years before the formation of Morocco, yet this seems to be a case of semantics, and in any case, Cueta was Portuguese until 1668, only 40 years before Gibraltar became British. In any case the treaty ceded Gibraltar to the UK “in perpetuity” and Spain’s only right to the territory is if the British no longer want sovereignty. What complicates the matter is that there is no sign the UK will relinquish sovereignty. In two referendums put to the Gibraltarians on how they would be liked to be governed on in 1967 and another in 2002, they voted overwhelmingly in favour of remaining a UK overseas territory. As mentioned both sides claim to hold fishing rights over the waters around the peninsular, another cause for tensions, such as those witnessed on 18th of August where nearly 40 Spanish fishing vessels tried to illegally enter gibratarian waters before being stopped by the combined efforts of the Royal Navy and the Guarda Civilia.

It is not clear what Spain want exactly. It may well be as many have argued, including commentators within Spain, that this is a move by the government to beat the drum and wave the flag as a distraction from Spain’s crippling austerity measures, massive unemployment, and the recent corruption allegations that have consumed the ruling party, and implicate several senior ministers including the PM, Rajoy himself. However, there are some grievances held by Spain, though whether these are genuine is the topic of much debate. Many in Spain see the territory as a tax haven (as many other UK overseas territories are) with a corporation tax of 10%. There are also allegations that it is a hub for Spanish criminality and a centre for smuggling and money laundering. These problems are worth investigating and is best overcome with dialogue and cooperation between Spain, Gibraltar, the UK and the EU. Spain’s grievances certainly won’t be overcome by enforcing a practical blockade, and bringing it up along-side the Falklands dispute, a far more contentious issue than Gibraltar, with both sides to that argument having fought each other over it. If anything it just entrenches Gibraltairs position, solidifying public and political opinion on their larger neighbour.

If we assume then that Spain’s intentions are genuine, and not a politically motivated distraction, the demands of Spain, in the long run at least, remain annexation, repatriation, restoration or however else you wish to frame it. We can safely assume their “180 degree turn” on the issue means that Spain would like to see Gibraltar as somehow part of the Spanish sphere, either through its own autonomy or as a fully integrated department of the Spanish state. Why else would they seek to side with Argentina, as opposed to the wider international community. Would such a thing possible? Can the EU allow borders to be readjusted within its purview?
The short answer is no. The EU cannot even contemplate such a move. The very essence of the EU’s mission was to stop exactly this kind of conflict. Europe is riddled with complicated border disputes and compromises. Spain itself has two with its tiny neighbour Andorra and another with Portugal. Most wars in the history of the continent stem from such disputes. The long running feud between Prussian Germany and France was partly attributable to the Alsance-Loirrane dispute.

The former states of Yugoslavia have as recently as the 1990s fought brutal conflicts in the name of border expansion. Hungary and Romania were originally faced with a barrier to EU membership due to both asserting a claim on Transylvania. Indeed, both world wars began in Europe due to disputes about where borders should fall. What sort of message would the EU send out to prospective EU applicants and ones that exist within it already, if it acknowledges a border dispute that went against the, not always ideal, but stable status quo, and ruled in favour of redrawing it? It simply provides an example of a political impossibility; the EU will never allow such high profile border revisions, as it sets a precedent for other states with much longer, bloodier and deep-seated disputes to raise them in similarly heavy handed and undiplomatic fashions. This is perhaps why Spain has contemplated going to the UN over the EU, as the EU would simply reject the claims and demand this be settled without resorting to dialling the borders back to a particular point in history.

The UK certainly isn’t absolved from this argument however. The home islands have for many years observed a paradoxical relationship with the territories, allowing them to continue as a thorn in the side of the states they lie near, and little has been done to address this issue, as the UK argues they are run by their citizens not by London. They have their own governments and pay their own taxes. Whenever these supposedly independent territories are faced by criticism or action from a third party, it is suddenly the British government’s job to defend their actions. The paradox that these places represent needs to be clarified. If they are independent, they should be allowed to be made independent, if they wish to be part of the UK, they should be made allowed to be made a part of the UK, otherwise, they simply get the best of both worlds and when reality dawns and their faced with the consequences of their ambiguity, they can dump the blame on London. It is no wonder that they so often vote in favour of the status quo. They get both the benefits of independence with the security of dependence.

Such a move might not suit all cases. The Falklands for example, if made independent or annexed by the UK as a part of the state would simply fan the flames, but with territories like the channel islands, Bermuda and Gibraltar, there needs to be a serious attempt by the UK to fully resolve these issues, or the UK will continually find itself disagreeing with friends over territory, as opposed to agreeing with them over trade and co-operation, as we would all much rather be doing.