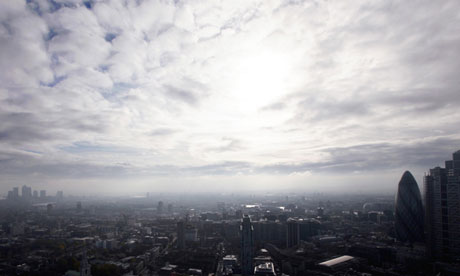 As the regnant high priests of austerity clamour for more cuts, relentlessly forcing their powerful orthodoxy upon  millions of reluctant Britons, it appears those in the city are about to face a backlash of their own to the financial crisis. EU ministers have drawn up plans to implement a financial transactions tax; the European commission estimate the tax could raise in excess of 39 billion euros a year for government coffers. They hope such plans will curtail the casino capitalism culture that ravaged the financial system, and help shore up the debt stricken finances of European nations. Under the current proposal, the FTT will be levied at 0.1pc on equity and debt transactions and at 0.01pc on derivatives transactions. Although the proposal is only set to be adopted by 11 European countries, the plans are set to have a palpable effect on investors worldwide.

In Britain, concerns are chiefly predicated upon the initiative`s ability to undermine London`s primacy as the global hub of financial services. The capital currently boasts the enviable status as the world’s largest centre for foreign exchange trading, it also accounts for a staggering 40% of the EU`S financial services activity. Such pre-eminence has caused many to staunchly condemn the proposals claiming that it would have an inauspicious and disproportionate effect on the UK.  The inter dealer broker ICAP said: “It is particularly ironic that London, as one of world’s leading financial centres, will generate the lion’s share of this revenue and act as collection agent despite the UK being outside the FTT zone and our Government being vehemently opposed to the introduction of this tax. The impact on the City if the FTT is adopted in anything like the manner advocated would be devastating.”

The EU commission`s impact assessment project a 90pc fall in derivate trading, in the event of the proposals being implemented. With the city being the centre of all derivates trading accounting for 45.8pc of all global interest rates derivates turnover, it is feared the tax would destroy a socially useful element of the British economy, and precipitate a Swedish style capital flight from traders seeking more tax friendly terrains. Prime Minister Cameron failed to endorse the tax saying it was “not a good idea” and claimed: “Britain need to play to their strengths,” and not force large parts of the financial services to Singapore and Shanghai.

Chancellor Osborne was equally firm in his rebuttal of the EU proposals and has launched an application at the European court of justice to dispute the decision. The UK has no desire to sign up, but is concerned they could be hit with the tax when trades are undertaken with French or German banks that will be operating under the proposals. He said recently: “We’re not against financial transaction taxes in principal but we are concerned about the extra-territorial aspects of the Commission’s proposal and I think that concern is shared by some other countries. “So we have launched a legal challenge against the authorising decision.”