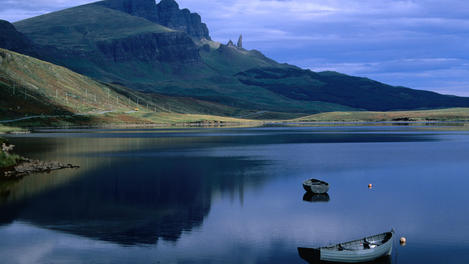 As the referendum for Scottish independence looms on the horizon, there still remains a stark lack of engagement with the issue by the English press and Westminster. Though opinion polls have consistently shown a No vote to be comfortably in the lead, there is still a year of campaigning to go, and the decision is by no means a forgone conclusion. An independent Scotland will have huge ramifications for the remaining United Kingdom (or RUK as some government committees have used as shorthand for a post independence UK) as well as the wider European community, non-more so than in the area of Britain’s independent nuclear deterrent.

The SNP has consistently and insistently stated that it wishes to be nuclear free after 2014. Indeed, nuclear unilateralism is one of the ‘Yes’ vote’s strongest cards in the debate. A poll earlier this year by the Campaign for Nuclear Disarmament (CND) put only 14% of Scottish people in favour of replacing trident. And a much differently worded poll by Lord Ashcroft, senior Tory politician and pollster, still showed support for the continuation of an independent nuclear deterrent holding only limited support. Faslane, the home of the Trident fleet is based in Scotland, is the only military base in the UK that has the adequate infrastructure and facilities to house such a complicated military weapon system. Relocating it may well make the deterrent too costly to retain. Report after report on the issue has argued that Trident is the most cost affective way of maintaining a credible deterrent, with nearly every other option either being too expensive or ineffective. Eviction from the Scottish base may well nullify this argument, and could well push Trident beyond the RUK’s means (as many argue it already does, with estimated replacements costs standing at around £35 billion, but hitting upwards of £60 billion over its lifetime).

The only other base available that could conceivably act as a base for the submarines, Plymouth’s Devonport, currently housing Britain’s Trafalgar class conventional Submarine force, would need a huge investment in infrastructure to be Trident’s new home. On top of this, facilities to house and maintain Britain’s arsenal of nuclear warheads, as well as facilities to maintain them and their deliverance systems, do not exist their, nor does the expertise needed to make it a reality, piling further costs onto relocating the submarines there.

Other options are available. In a bid to save the RUK from such huge costs, the idea has been floated to have Faslane and its surrounding complexes remain part of the UK despite Scottish independence, as a sort of military enclave. This return for certain fiscal or diplomatic concessions of course. It is hard to see the Scottish government agreeing to this. They are, as mentioned, committed to removing Trident as quickly as possible (the CND have given a timeframe of 2 years as a realistic timeframe). It forms a major aspect of the independence vote and is a central issue for the SNP. A military/sovereignty dispute would be an ugly start to post-independence relations.

The other option is perhaps far more controversial for the RUK, that is, total disarmament. With the costs considerably increased simply for maintaining Trident, let alone replacing it, it is not inconceivable for the RUK to concede that an independent nuclear deterrent is no longer within its means if relocation is factored in on top of this. Though many would welcome the move, freeing up the Ministry of Defence’s budget for more relevant security concerns, there are those that would not be quite so keen. To the UK’s key strategic ally, the USA, the unilateral disarmament of the RUK would certainly be seen as a step down in commitments to the NATO alliance, and could see the UK take a more junior role, especially in the face of France who would be maintaining their own nuclear deterrent. France has also shown itself to have a far more capable conventional force, as the recent intervention in Mali, and operation beyond the UK’s current capabilities, has shown. It is no surprise that France is the de facto leader of foreign policy in Europe.

Unilateral disarmament may well also put the UK’s already tenuous permanent seat on the UN Security Council in jeopardy. The UK would be the only seat holder without an independent nuclear deterrent, and it may well be an opportunity for a much needed modernisation of the allocation of seats. A more proportionate system would see France and Britain’s seats amalgamated into a single EU seat and the resulting spare seat given to a country such as Brazil, India or Japan, to reflect the true balance of power in global affairs. Such a move would certainly damage the UK and France’s ability to be a global player internationally, yet the seat given to the EU would mitigate this, as well as provide an avenue for the EU to assert a unified international voice, rather than its current state or inaction and indecision.

The UK’s unilateral disarmament could however have some positive effects for the UK. It would be the first signatory member of the Non-proliferation Treaty (NPT) to disarm and could win clout from various anti-nuclear countries, as well as setting a precedent for other signatories to scale down their own deterrents. Also, unilateralism does not necessarily mean a loss of prestige on the global stage. Japan and Germany are both states without the deterrent, yet still hold a huge amount of respect from the international community. As stated earlier it would also free up a considerable chunk of money that could be recycled back into the Ministry of Defence to modernise and re-professionalize the army for peacekeeping capabilities, ensure the continuation of a ‘blue water’ navy, and maintain the RAF as a credible force for the projection of British interests. It could also be recycled into other departments to ensure the continuation of valuable services, or simply be thrown into the abyssal depths of the UK’s budget deficit. Either way, the money can be put to some use, and it seems nearly anything would be a better investment that a antiquated weapon designed for model of international security now 20 years out of date.

Thus, Scottish independence has huge implications for the RUK in this one issue alone. The debate on what a post-independence UK might look like has been avoided by much of the English media, and though the government have made tentative steps into contingency plans for the event, the fact that opinion polls put the No vote firmly in the lead have led to an attitude of denial. The issue of Trident, as well as various other international, domestic and economic considerations need to be addressed and a public debate needs to be formed, otherwise the RUK may well find itself struggling to respond if the Yes vote manages to turn its fortunes around by September next year.