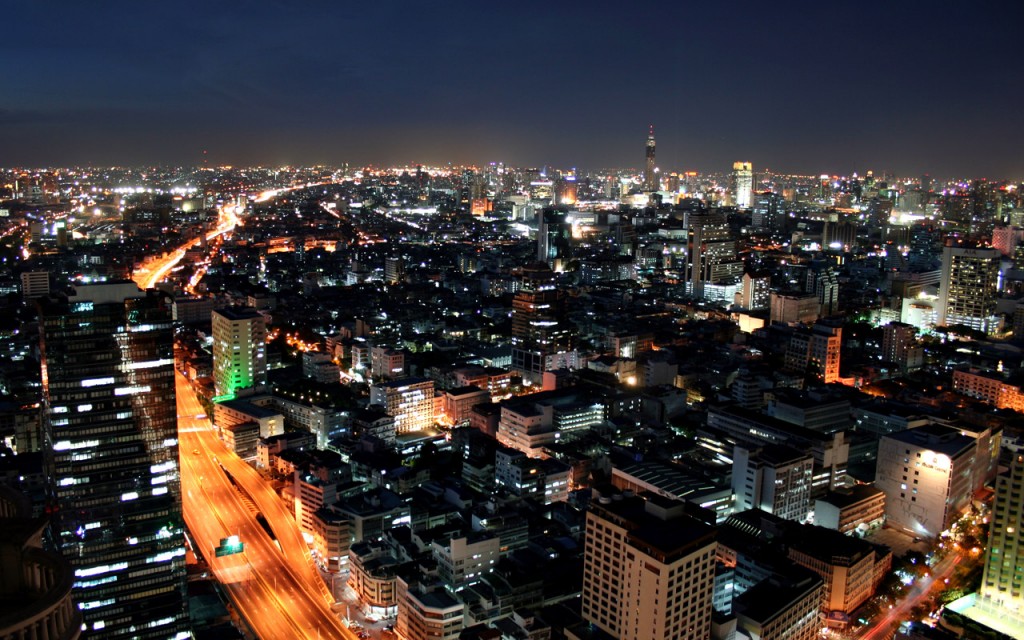 “Robust growth, low unemployment, stable inflation, a strong currency, and a growing equity market”. It seems that there are few people who have a bad word to say about the Kingdom of Thailand. Tourists from across the globe have fallen in love with its rich culture, postcard scenery and the subsequent freedoms that come from being ‘privileged’ in a developing country (motorcycles, beaches and ladyboy shows). International capital meanwhile has found a goldmine of tax incentives, natural resources and cheap labour to both enjoy and exploit. What’s not to love, eh?

One of the biggest debates in the modern era is whether globalisation acts a beneficiary to the developing world. Now, I cannot pretend that I am an expert when it comes to economics – often the very mention of the word can induce either nausea or a headache. However, on a recent trip to Thailand I found myself strangely absorbed, not with the country’s pretty beaches or stunning landscape, but instead on the thick haze surrounding the country’s economic development policies (and of course, most of Bangkok).

WHAT THEY TELL YOU: Many economic theorists will champion Thailand as proof that neoliberalism – and thus the process of ‘globalisation’ – harbours both progress and development. It works. Thailand has a strong domestic market and a growing middle class with the private sector acting as the main engine for economic growth. It has a large industrial sector (accounting for 40% of GDP) and a growing services sector centred mainly around tourism and finance. Thailand remains a favoured investment destination for international capital due to its open markets and solid macroeconomic policies that have inspired significant improvements in the country’s social and economic infrastructure, an entrepreneurial spirit, and an enlarged and active workforce. Furthermore, the spending power of the middle classes has increased as living standards in general have risen due to the implementation of these neoliberal economic policies.

THE MIDDLE CLASS: It is true that the spending power of the emerging middle classes in Thailand has increased. Nevertheless, this is mainly limited to specific urban areas (such as Bangkok) and does not capture the vast amounts of poverty and hardship many people have to endure on a daily basis. Rural areas, particularly in Northern Thailand, are characterised by desperately low living standards with no easy access to clean water or sanitation. More, increasing levels of pollution and waste from the cities have had an overwhelmingly negative effect on many of these rural communities as their natural resources (and livelihoods) are ruthlessly exploited by the forces of capital. As of 2002, it was reported that nearly one third of Thailand’s water was unsuitable for human consumption. Indeed, in some cases, rather than a rise in living standards there has been a significant drop. Some people are lucky to make £30 per month despite the introduction of a new minimum wage in January 2013 (roughly £6 per day). Ultimately, regardless of an increase in the spending power of certain (urban) middle class families, the poor are still poor.

LABOUR: The rise of Thailand as an epicentre of global capitalism in Southeast Asia has not necessarily led to improvements in the lives of its workers. Dae-oup Chang of the University of London argues that the vast majority of people now have to “make and reproduce a living at different moments of production, reproduction and [the] realisation of capitalist value”. In other words, survival for most people is dependent upon integrating themselves into a specific social, political and economic system that revolves around the accumulation and expansion of capital. The result is not the creation of a singular or cohesive working class but instead a growing fragmentation of labour as various segmented labouring classes, whose livelihoods depends on insecure and oppressive wage employment, compete to survive. This is the same across most Southeast Asian countries. The result is alienation and no real hope of a change in working conditions or wages through collective (labour) action.

THE ECONOMY:  Since 1997, Thailand has been actively pursuing – what it calls – a ‘sufficiency economy’. The reality is that this sufficiency economy is merely another guise undertaken by global neoliberalism in which the poor almost always bear the brunt. As Jim Glassman of the University of British Columbia notes, the recommendation that “external linkages should only be developed once there is a foundation in local sufficiency” is simply not consistent with the economically diversified livelihoods of many people. In fact, the sufficiency economy is often used by elites to justify the absence of any serious redistribution of income or resources. Such notions are dismissed as something that allegedly undermines the sufficiency foundation of local communities. Of course, there is no denying that the Thai economy has grown significantly in the last decade. However, this growth has only really benefited a small network of  individuals, shareholders, corporations and certain urban-middle class groups. If one’s conception of economic development means that 10% of the population become richer whilst the other 90% remain poor then economic development has most definitely come to Thailand.

TOURISM: In 2012, over 22 million international guests visited Thailand. Furthermore, it is estimated that tourism accounts for almost 20% of the country’s GDP. Tourism is now a popular sector for many countries in Southeast Asia – and it is clear why this is the case. The tourism industry, among many things, has the potential to generate foreign exchange earnings, create employment and strengthen national linkages among many sectors in the national economy. Yet the impact of tourism can also be attributed to a number of negative things. The destruction of culture for example, as cities and towns become ‘holiday havens’ or ‘party dens’ for international tourists (try visiting Old Town in Chiangmai). Animals too, are widely exploited for the purposes of tourism. Tigers are heavily drugged whilst tourists pose bravely next to them. Elephants – in which there is only an estimated population of 2, 000 – are reportedly mistreated and abused whilst in captivity. Indeed, there are now more elephants in captivity than there are in the wild. But perhaps more importantly however, is the fact that boom in Thai tourism – and subsequent economic benefits – is by no means a consequence of neoliberalism. In 1987, the Thai Government’s Sixth National Economic and Social Development Plan gave particular attention to the development of tourism. By 1998, the government had introduced the TTS (Thai Tourism Society) which helped facilitate extensive relations between private businesses across the country and not to mention a huge focus on the country’s national image; with food becoming a popular marketing tool (Pad Thai anyone?). Essentially, what this suggests is that credit cannot be solely given to the private sector in regards to Thailand’s rapid economic growth over the last decade. Neoliberals like to present the state as a potential impediment to the development, a force that can corrupt their precious markets – but it is clear that for a number of years the Thai state were actively involved in the development of tourism. It would appear that countries can develop their economies quite well without a total devotion to neoliberalism.