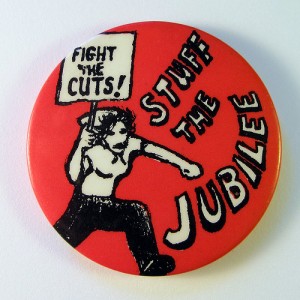 After browsing through the schedule for Fresher’s Week, I turned my attention to my first days at university.  Having arrived at the Fresher’s Fair eagerly anticipating university life, I was surprised at the absence of a stall promoting the need for a republican constitution in Britain.  My immediate suspicion was that I had naively assumed that a large proportion of students prioritised the espousal of republican views.

I asked myself: Is the British republican movement simply perceived as a peripheral cohort of frustrated middle aged agitators?

Then a further question seemed to provide further answers:  Are students really concerned with revolutionary aims whilst tuition fees have been capped at £9,000 a year?

Alternatively, I alerted myself to the fact that many students may be indifferent to the republican cause, especially given the somewhat unique experience of the jubilee year.  Alternatively, as a student based in London, I may have held short sighted expectations about the university I was attending. How can international students from the US, the continent or pacific Asia relate to a specifically British case for a republic? Indeed, Fresher’s Week at my particular university was appropriately titled ‘Orientation’. The hackneyed noun ‘freshman’ was muttered more than once during that memorable week.

On the other hand, students may be unwilling to voice their anti-monarchist views in the belief that they are promoting idealistic and isolated aims. Perhaps the safe bet is to (1) join a politically orientated society and (2) hope for the best.   Then again, that doesn’t stop the Socialist Workers Party from being one of the most active groups on British university campuses.

It is ironic that republican societies are virtually non-existent at British universities, whilst controversies such as that of the banning of ‘The Sun’ Newspaper fuelled strong opinions across my university campus.  Did not the defence of the democratic principle at hand, freedom of expression and choice, apply to the furthering of the republican cause? However, perhaps the claim that the republican cause is synonymous with political controversies across British university campuses is to undermine the cause itself and those which it is compared to.

Then again, given the public reaction to the birth of our future ‘King’, it is clear that the British monarchy continues to gain support from far and wide. Indeed, a ‘Guardian’ poll in May 2012 claimed that only 1 out of every 10 voters ‘currently favours moving to an elected head of state’. After the recent royal birth, one can assume that such support can only have grown. Ultimately, the absence of a republican case within the broadly defined student movement is reflective of a consensus in British society. The stereotypical perception of students as anti-establishment does not seem to ring true when it comes to the British monarchy.

Is Larry Summers Fit To Chair The Fed?