Syria: Somehow it Must Be Helped 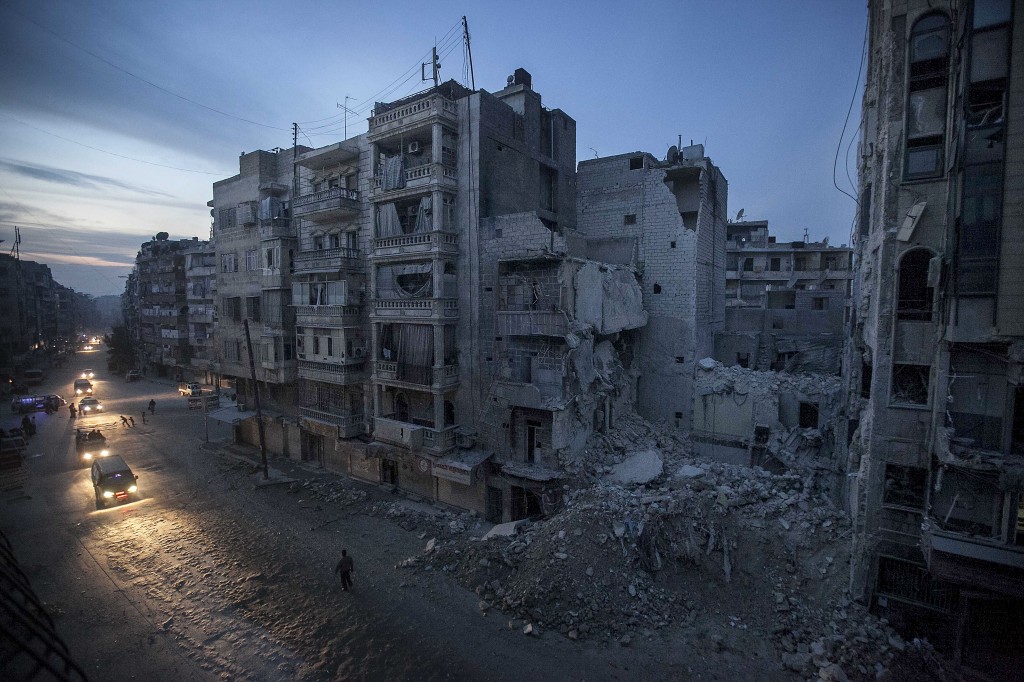 Imagine the population of London (7.2 million)[i] fleeing the city from persecution and bombings, their homes destroyed .  Almost as many Syrians, more than 6 million people overall, have been displaced from their homes because of the ongoing conflict, a larger number than in any other country[ii]. The UN has reported that 2 million Syrians have fled the country as refugees, one million of them alone left in the last 6 months.  A further 4.25 million people are displaced internally within Syria, This means that leaving Syria to its own devices is not an option if we take at least the moral principle of protecting civilians from their own murderous governments seriously.  Some action must be taken.

Although Cameron has now definitively ruled out British involvement in any military action, strikes or otherwise, he still needs to formulate a policy for a future Syria that is in keeping with an overall strategy for the Middle Eastern region.  President Assad and the crisis in Syria will not disappear any time soon, and it is clear that Britain needs a coherent strategy for reacting to the humanitarian situation to help the Syrian people, even if it is not prepared to enter into military conflict.

We should remember that the civil war in Syria is a product of the regional wave of change that swept the Middle East and North Africa in 2011.  Syrians took to the streets demanding freedoms and reform of the government, after the arrest of a group of boys for writing revolutionary graffiti slogans on the walls of Damascus.  By September 2011, Western leaders were calling for Assad to step down, and the EU had banned imports of Syrian oil.  In October, both China and Russia used their powers of veto in the UN Security Council to block any sanctions on Syria[4].  This began the rift between them and Western countries led by the US over whether to take action against al-Assad or not.  The question of whether certain large, powerful countries have the right to act as an international police force in their own interests still looms large over the Syrian situation.  Examples from the past where the Responsibility to Protect doctrine has been espoused are conflicts in Iraq and Afghanistan, and because of their legacies the public mood in most Western countries is one of non-intervention, with 9% of British people favouring immediate involvement, and only 23% if the UN explicitly sanctions the use of military force[5].  The Syrian state newspaper, Al-Baath, has reported that 55% of Americans are opposed to ‘military invasion’ in Syria[6].

Unfortunately, many of the horrific aspects that characterised the civil war then still apply now, two years on.  The UN has reported this week that 2 million Syrians have fled the country as refugees, one million of them alone left in the last 6 months.  A further 4.25 million people are displaced internally within Syria, meaning more than 6 million people have been displaced from their homes overall, which is the largest number than in any other country[7].  This means that leaving Syria to its own devices is not an option if we take at least the moral principle of protecting civilians from their own murderous governments seriously.  Some action must be taken.

The British government’s response to this grave humanitarian crisis so far has been to send 21.8% of the $404m that has already been allocated inside Syria, to Syrian refugees and host communities in neighbouring countries such as Lebanon and Jordan, making it one of the top 5 donors to SHARP 2013, the programme of the UN Office for the Coordination of Humanitarian Affairs.[8] These donations are helping organisations such as UNICEF, the World Health Organisation (WHO) and Save the Children who are carrying out fantastic work and saving lives and rebuilding lives for families and children[9]. There is certainly more we can do on the humanitarian front, and one of Prime Minister David Cameron’s challenges this week at the G20 summit in St Petersburg is to pressure other nations to contribute more to Syria and to match Britain’s generosity.

The conflict will need a resolution in the future, and perhaps the military vs diplomatic solution is too simple a dichotomy to continue with.  It is very easy to draw comparisons between Syria and Iraq or Afghanistan when contemplating Western military action in Syria, and this is part of the reason that David Cameron lost the debate last Thursday in parliament; neither the British public nor their MPs have an appetite for yet another Middle Eastern war and are rightly sceptical about another conflict involving a resource-rich territory. It all sounds like a similar story.  I, however, agree with Wolfgang Ischinger writing in Spiegel Online that rather than Iraq or Afghanistan, the Syrian situation has far more parallels with the Bosnian conflict of the 1990s, as a “complicated situation in which the most varied lines of interest converge”[10].  These lines include interests of Russia, Iran, the US, European countries including the UK, al-Qaeda-linked groups and others: a complicated mix.

The main arguments for taking action in Syria have revolved around punishment for the use of chemical weapons, and/or deterrence against using such weapons in the future.  Surely a more useful aim that would have more chance of bringing about an end to the conflict would be to bring government and opposition forces to the negotiating table.  Accepting that Britain will now have no involvement in the use of military force in the conflict, it is still possible for it to look for diplomatic solutions, in fact almost more important to do so, particularly among various countries with interests in the region, such as Iran and Russia.  There is a strong case for doing this, seeing as Iran now has more moderate President, Hassan Rouhani, and would benefit from a post-Assad Syria that did not include Sunni jihadist elements linked to Al-Qaeda.  This future Syria would also be welcome to the West.  Therefore Iran, Russia and the West would do well to reach international agreement on their stance toward the conflict as a first step.  Putin’s press secretary Dmitry Peskov has underlined that Russia “has never been an advocate of President Assad”, but has “always been an advocate of the supremacy of international law”.[11]  This is at least a starting point for agreement within the UN.

With this potential international diplomatic effort in mind, I believe the key step to ending the Syrian crisis will ultimately be President Assad’s (and his regime’s) realisation that he cannot continue forever.  As long as he believes that he can either exterminate the population of Syria, with chemical weapons or otherwise, and he will not face severe enough reprisals to deter him from doing so, he will not negotiate.  As long as he believes that it is better for him to continue where he is, instead of looking ahead to a peace deal or negotiation settlement, there will be no solution.

If foreign governments are serious about stopping the conflict in Syria, they can also stop sending weapons to fuel the conflict.  Britain can start by denying a place for Russian company Rosoboronexport at the DSEI arms fair due to take place in London this week[12], reported by Human Rights Watch to have accounted for 78% of Syria’s imports of major conventional weapons[13]. It should also not send any weapons of its own to any Syrian rebel groups, and actively discourage other countries to crack down on companies shipping into Syria.

Britain may even hold more authority in the international arena now that Parliament has specifically voted out the use of military action from this country.  This may aid Cameron in St Petersburg to press for consensus within the strictures of international law, as President Putin has called for.  Hans Blix, former head of the UN Commission charged with searching for WMD in Iraq, said on the Radio 4 Today programme “the problem with Syria is not too little intervention, but too much”[14].  This only emphasises the leverage Vladimir Putin potentially has to pressurise Rosoboronexport and other arms companies.  As one of Syria’s allies, Russia would also play a pivotal role in persuading the Syrian government to accept negotiations and peace.  So it is time for Britain to step up and employ a strong diplomatic push, with all members of the UN and the international community, to persuade Russia to come to agreement in how best to stop the war.

The Syrian crisis is not going to resolve itself in the immediate to mid-term future, and Britain needs to analyse its own position in the world, following the debate in the House of Commons and now after the US Senate Foreign Relations Committee has approved Obama’s resolution for a limited military strike in Syria[15].  Syria is a great example of how in the foreign relations world of the present, we must look at the wider picture of Britain’s place in the international community as well as our relations with other countries, and see how we can work cooperatively to maintain peace between nations and within volatile regions.  This is a goal that, in the end, is in everyone’s interest.