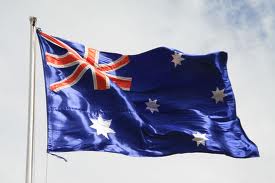 Twas the night before election, when all through Australia,
Not a candidate was sleeping, not even those accustomed to failure.
The policies were pledged, by the parties with care,
In the hopes that their leader, would assume first chair.

The voters however, lie awake in their beds,
As visions of a malignant Australia, come alive in their heads.
But the news reveals, that there’s a darker reality in store,
As the power of the Senate, resides with the Conservatives once more.

The Coalition it seems, are approaching first place,
With Murdoch’s horse Abbott, winning the race.
Yet one can never write of Labor, until the final test,
After all resurrection, is what Mr.Rudd does best.

However regardless of who jumps ahead in the final hour,
There will remain unresolved the question of power.
Neither Houses, will have a majority- I bet,
So guess what Australia-“You aint seen nothing yet.”