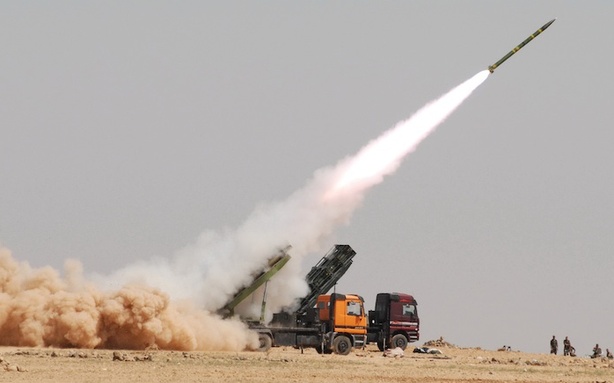 Syria’s President Assad has appeared on Russian television to announce his plan for handing over his chemical weapon stockpile to the international community ahead of the key talks in Geneva. But how have countries responded to the threat of chemical and biological weapons before?

Chemical Weapons were part of the transition from ‘pre-modern’to ‘modern’ warfare. Though they were banned under the Hague Convention of 1899, their unprecedented manufacture and use by all of the belligerents was one of the defining features of the First World War (1914-1918). The horror of their use led the world’s leading nations to sign the Geneva Protocol of 1925, which prohibited the use of “asphyxiating, poisonous or other gases, and of all analogous liquids, materials or devices” as well as “bacteriological methods of warfare”. Geneva is therefore a fitting place to discuss the dismantling of Assad’s stockpile of chemical weapons.

The original conference came about because many First World War veterans opposed the continuing use of chemical weapons after the war ended, and their efforts paved the way for other international Conventions prohibiting the use of such munitions. As the recent attacks in Syria have shown, however, a legislative body, no matter how powerful, cannot simply solve a problem by outlawing the problematic element. In fact, some went to the other extreme, and thought the future of warfare lay in chemical and biological weapons. Amos Fries, Chief of the U.S. Army Chemical Warfare Service, simply refused to believe that chemical warfare was more “horrible” than conventional, ordinary warfare. Similarly, Earl J. Atkisson, Commander of the 1st Gas Regiment in the U.S. Army, described the public’s hypocrisy of accepting the horrors of ‘ordinary’ warfare while rejecting the use of chemical warfare in 1925: “he [the individual] accepts blowing men to pieces with high explosive, mowing men down with machine guns, and even sinking a battleship in mid-ocean with its thousand or fifteen hundred men being carried to certain death… However, to burn the skin of a man outrages all his civilized instincts.” His comments could be used to make it clear all machines used to kill and maim are hideous and should outrage our “civilised instincts.” Nevertheless, these voices soon became a minority in the armed forces, and killing continues to this day.

One of the most pressing issues is that chemical weapons kill a large number of people in a short space of time. Notice the word ‘people’ is used here – gas does not distinguish between soldiers and noncombatants; all those who breathe it die. Therefore, chemical weapons are often used in ethnic cleansing, such as Sadaam Hussein’s attack on the Kurdish village of Halabja in 1988, where 3,200 to 5,000 people died and thousands more were injured. The birth defects and other serious health issues continue to this day, since the agent stays in the area for years afterward. Hussein’s attack is the largest attack involving a chemical agent to be directed against a civilian population, but other less reported uses of twentieth century chemical warfare are its use by Imperial Japan against the Chinese and Fascist Italy against the Abyssinian Empire (present day Ethiopia) in the 1930s, and Egypt against Yemen in the 1960s.

Chemical weapons have not stopped being produced. The Geneva Protocol said nothing about researching, stockpiling or transferring these weapons, and those issues have only relatively recently been addressed, with Conventions on biological and chemical warfare in 1972 and 1993, respectively. Though the Conventions forbid it, it is thought that many of the signatories are continuing to produce and stockpile these weapons to augment their power. We should not be surprised at this: the majority of states oscillate between weak democracy and weak tyranny (Egypt being the most recent to join the club) and such weapons make excellent tools of repression for Machiavellians.

The knowledge such weapons embody is free, and the weapons themselves are inexpensive and easy to make. That is the real threat. We should therefore be alert to the relative destructive power of munitions and the capability to target and harm noncombatants with those munitions. Western intervention in Iraq and Afghanistan have made the West more wary (and monitoring foreign possession of chemical and biological weapons has its merits) but domestic terror groups are now in a position to manufacture chemical and biological arms and use them against a civilian population for the same reason Sadaam Hussein did. An example of this would be Japanese doomsday cult Aum Shinrikyo releasing sarin on the Tokyo subway in 1995. In an area fraught with tension such as the Middle East, attention must be paid to the parties who would do damage with weapons capable of destroying lives in a most quickly and gruesomely. I’m certain the militant group Hezbollah would not object to releasing a weapon with serious destructive force in Israel.

Hopefully Russia’s intervention and the subsequent talks in Geneva will dismantle Assad’s chemical stockpile. However, as an increasing number of knowledge-enabled weapons are cheap to produce. The plastic gun known as ‘the Liberator’ is the latest incarnation of this. We should not pretend that chemical weapons are fictitious or rare; instead, their removal entirely should be top of the agenda.