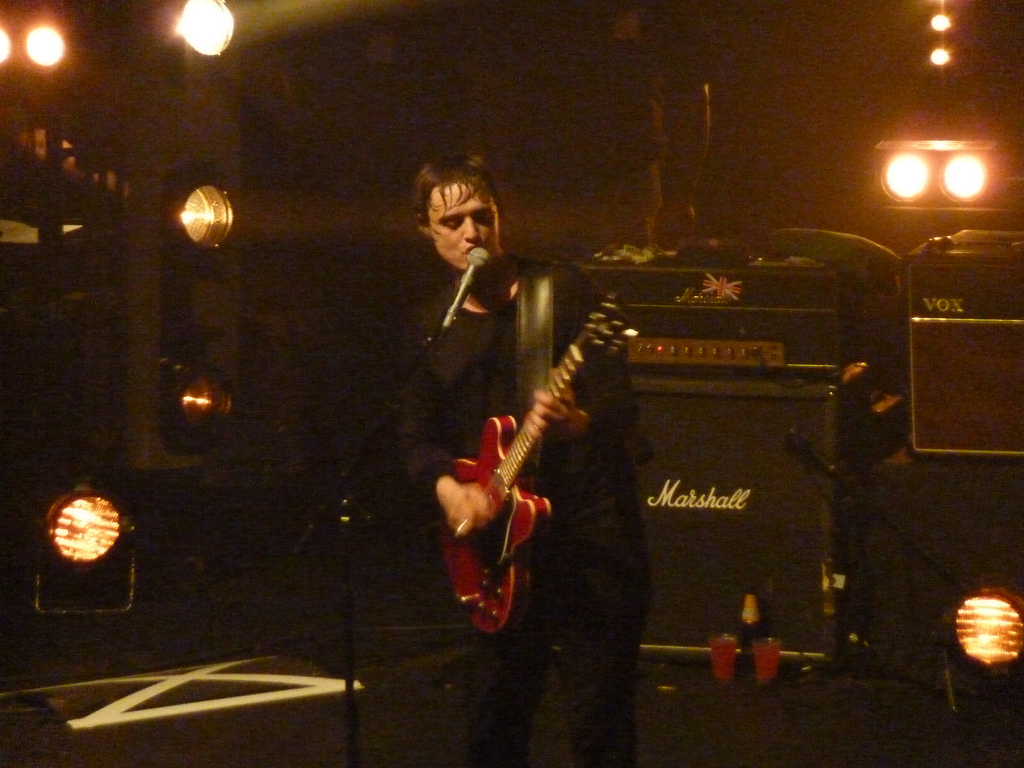 Pete Doherty’s gloriously shambolic Babyshambles band have just released their third studio album, “Sequel to the Prequel”. Although it doesn’t quite capture the glory days of indie rock it is clear that the ‘boys in the band’ spirit is still very much life. However, the ‘boys’ are seldom found in pubs and live music venues anymore. Instead the internet has fast become the new stage for artists to promote their music and connect with fans. This is particularly the case for indie rock – although it might be disguised under the vague smokescreen genre title of ‘alternative’. But has the internet, and new forms of social media, had a positive impact upon contemporary indie bands?

Let us travel back in time, circa 2003. The Libertines were one of the first indie bands to discover the potential power of the internet and social media. They would interact directly with their fans via message boards and as a result quickly developed a strong fan following. The internet allowed the band to essentially break down the barriers between fans and artists – sometimes even inviting unsuspecting fans to impromptu ‘guerrilla gigs’ in the front rooms of their own ramshackle accommodations. The Libertines were thus easily accessible and seductively attractive because of this close relationship they shared with fans online. Moreover, in 2005 the Arctic Monkeys first gained popularity – and eventually a commercial record deal – through their activity on MySpace. Inevitably, this inspired thousands of unsigned indie bands to create accounts and attempt to emulate the same perceived model of success. Of course, most of them were unaware that the Arctic Monkeys didn’t actually create or manage their MySpace. And indeed, even in recent years musical fame has been seemingly found via the internet. Household names like Justin Bieber and Ed Sheeran (who I would never describe as either ‘indie’ or ‘rock’) famously first rose to prominence on YouTube before their global stardom. Once again, this inspired thousands to hit the web in search of their big break.

On the outset it would appear that the internet has created a new realm of possibility for unsigned acts, indie rock or not, in their quest for fame and recognition. That said, it’s clear that the internet can be highly misleading; and in a world where fame is seemingly tangible its unsurprising that many unsigned bands have resorted to desperately mining the web in search of it. So where does this leave us? Unfortunately, it doesn’t make for particularly good music. Contemporary indie rock bands seem to be more concerned with their image – whether it be attracting a certain amount of ‘Likes’ or followers, or posting pictures of themselves, usually sporting leather jackets and a sullen look, on Facebook and Twitter. The music meanwhile, for the most part, remains relatively undeveloped, highly derivative and lacking in imagination. Just as Miley Cyrus’s recent performance at the MTV Music Awards shows, modern music, whatever the genre or record deal, has become almost solely based on selling an image. Attention is on the surface details and the music ultimately takes a backseat. Nobody was talking about Cyrus’ singing – or the quality of her songwriting – but rather on the apparently ‘daring’ performance and raunchy costume attire. Furthermore, this musical narcissism has also become more apparent with the emergence of so-called “social media marketing” where unsigned bands can essentially buy fans on sites like Facebook, YouTube and Twitter. It’s all about the illusion of popularity in a desperate bid to obtain some level of fame – and indie rock music in particular has suffered as a consequence. In brief, too much time is spent on the internet.

Many suspect that there’s something deeper underlining this apparent pursuit of fame at all cost. For many, and this is not just limited to aspiring indie bands, the digital world has become an escape from reality. People are often seduced by the ease in which they can paint a different picture of the world (and of their own lives) through the internet and social media. On a personal note, I am always surprised – on either Facebook or Twitter – at the amount of users claiming to be ‘writers’ or ‘actors’ when they actually just work at the Sainsbury’s down the road. One of the special things about both the Libertines and the Arctic Monkeys was their sincerity; you didn’t feel like they were pretending to be something that they weren’t. “Can’t Stand Me Now” was such a remarkable song because we have all been in that relationship that is both passionate and completely destructive. The lyrics mean something and aren’t just a list of the usual rhyming clichés we find in most modern pop songs.“From Ritz To Rubble” and “The View From The Afternoon” are popular ‘youth anthems’ as it were, because people can relate to that night out on the town: the unruly bouncers, the limousines, the drunken fights, and that pretty blonde at the bar you’re convinced could someday be ‘the one’. The music speaks for itself and the bands are unconcerned with how they look or what people will think of them.

It is a shame that the internet and social media has ultimately encouraged this current culture of narcissism. The internet can clearly be rewarding for unsigned musicians looking to break into the industry – and can also gives fans the opportunity to communicate directly with the bands they both love and worship. However, in my opinion, an obsession with the superficial world of social media has had an overwhelming negative effect on the quality of indie rock music (and music in general) being produced by aspiring artists. Modern pop desperately needs some boys in the band at this moment in time. Something genuine.