Grenada And The End Of Free Speech 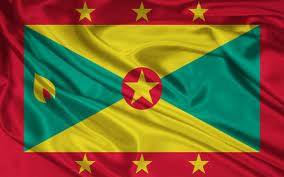 Concerns about the freedom of the press, citizens’ privacy on the Internet and media censorship are already severe in the Western world, as revelation after revelation about PRISM, so-called ‘lobbying transparency’ legislation and press regulation proposals develop in various countries. However, these pale into insignificance when compared to Grenada’s Electronic Crimes Act, passed earlier this month.

The draconian legislation has attracted blistering international condemnation due to the totalitarian nature of the provisions within it. Under the act, sending any electronic communication which could be considered an insult (to its recipient or anybody else), regardless of whether it is true, will be punishable by one year’s imprisonment. “Annoying” someone else on the Internet attracts a three-year sentence, as does posting any information that is untrue and could create “ill will”.

What is also concerning is the acute lack of parliamentary opposition to the law, as the governing New National Party holds all 15 of the seats in each parliamentary house. This legislation was only draw up following this summer’s General Election, meaning that a party has implemented undemocratic legislation only after eliminating the Opposition by misleading voters. Observers could be forgiven for pointing out the similarity between Grenada’s situation and the cycle which has created so many military dictatorships.

However, the concern is not that the state will use this legislation to control what people hear and say on the Internet- not yet, in any case- but that it will give the Grenadian elite a free run to silence its critics. Any ‘wrongdoer’ with access to strong legal representation can silence the printed and broadcast media with alarming ease in almost any country. However, in Grenada they can now silence the Internet too. What a regression when the Internet has been such a lifeline in getting around injunctions and censorship.

Grenada has a population of just over 100,000- about the same as the British new town of Crawley- and its territory consists solely of a small island in the Caribbean. Why should the world be worried about legal changes in such a, to be frank, insignificant corner of the globe? Apart from the widely espoused principle that injustice should be fought wherever it exists, the truth is that as events unfold in Grenada, sections of the global financial and political elite will watch events there with intense interest. It might be Grenada today, but it could be the United States tomorrow. One can hear the ‘justifications’ now:

“As people live more and more through the Internet, we have to protect their digital lives.”

“Just look at websites like Ask.fm. We have a duty to tackle cyberbullying.”

“We must make the Internet a safe place for future generations to use.”

In a world in which ‘digital natives’ (those of us who grew up using the Internet) are a small minority, and have very little collective influence, it is perfectly possible that such an outmoded view of the digital universe could prevail. There are still many who think that it is possible and realistic for the Internet to be ‘cleaned up’ and fully policed. Such an approach is wrongheaded. The only way to approach our relationship with the Internet is to understand that, just like the real world, there are parts that are safe and parts that are not so. Just as if a person walks down a narrow alley in a town centre at night they can expect to encounter dubious characters, they must expect to be trolled if they spend much time on social media. No government can change that restricting the human right to free speech.

The Buying and Selling of your Personal Details: Lawful Interception and the Spy Files

An insight into the sector of (social) enterprise, life skills and careers.

An insight into the sector of (social) enterprise, life skills and careers.