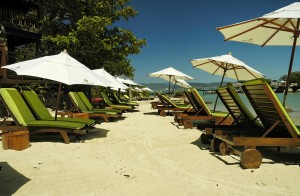 Although Syria has dominated the spotlight in the Middle East, especially now there has been a UN confirmed discovery of the use of chemical weapons against civilians, Egypt has been a hot topic in the international political sphere for some time now. The ongoing protests and general civil unrest has resulted in increased violence and Egypt being seen as an unsafe holiday destination, drastically affecting their tourist industry.  Now, although the areas that I typically write about are domestic and Indian political issues, having spent the first week of September in Sharm El Sheik, in the South Sinai region, I feel it would be a wasted opportunity not to at least briefly comment on how this unrest has affected tourism in Egypt.

Overall, Sharm El Sheik has not changed dramatically as a tourist district. All the normal activities within the region that tourists young and old travel for, which is anything from snorkeling to quad biking, are available and free from restriction from curfews and so forth. The members of staff within the hotels and on the excursions were all very accommodating and friendly and there was no physical increased security presence that alerted tourists to the current situation. However, despite on the surface business seemingly running as usual, the problems seen in Cairo, Alexandria and other urban centres where unrest is rife are affecting Sharm El Sheik and tourism in Egypt massively.

‘The FCO advise against all but essential travel to the rest of Egypt except for resorts on the Red Sea in South Sinai and those resorts on the Egyptian mainland in Red Sea governorate (including Hurghada)”.[1]

Now as much as this is damaging to the Egyptian’s economy in terms of revenue gained from tourism across the state, with the Red Sea resorts being the most popular tourist destinations not having travel restrictions put in place, it could be massively worse. As is the case seen from the stance taken by some of the other European states who have followed Germany’s lead in August and extended a travel alert to the Red Sea resorts.[2] In addition, with many Nordic travel agencies suspending trips to Egypt for the remainder of the year, it is not looking good for Egypt and it is these restrictions, Tourism Minister Hesham Zazou believes, are the main problem behind the significant recent plummet in tourism.[3] Zazou’s belief is not surprising as such restrictions to the Red Sea district are a first for many of these states, cutting off almost all tourism from these states to Egypt. This is very evident with areas famous for their monumental sites such as the pyramids, located in Cairo and Valley of the Kings in Luxor already suffering with having “almost no tourists” due to the civil unrest and almost global travel restrictions to these areas.[4]

But how important is tourism to the Egyptian economy and how are these restrictions really going to affect the country? With tourism accounting for 5-6% of Egypt’s GDP and the Cairo International Airport being the biggest, second only to Johannesburg, airport in Africa with approximately 15 of the 16 million passengers there a year being tourists (according to the Egyptian Tourist Authority in New York), its no surprise these restrictions are worrying for the Egyptians.[5] If those statistics are not enough to convince you that these travel restrictions are hurting Egypt, Hisham Ali, Chairman of the South Sinai Investors Associations has declared over 10% of the hotels in the South Sinai region have closed and hotel occupancy rates in Sharm El Sheik, for those that remain open, to have dropped to 30% in the past months.

So what will this mean for Egypt? Is this the end of its time as a popular tourist region for Europeans who currently make up approximately 70% of their tourist population?[6] Will it be a tourist population reliant on British tourism and visitors outside of Europe? The Egyptian government officials and co seem not to think so. Efforts to curb this decline in tourism and rebuild the tourist reputation of Egypt have been seen already with Egyptian embassy in Berlin holding a meeting with 74 executives of tourism companies and German diplomats to present parts of Egypt as having remained a safe and welcoming tourist region, despite the unrest.[7] Zazou has also been seen putting in his fair share of effort to get the Europeans back on side, targeting the historically largest tourist population, the Italians, by inviting 30 of their journalists to Sharm El Sheik to witness and report the area’s safety and appeal, in an alternative attempt to convince the Italians and other European governments to alter their travel advice to their citizens.[8]

Will these appeals and efforts be enough to rebuild Egypt as an appealing holiday destination? If so, how long will this take? Well, only time will tell.