The Return of Mr McBride 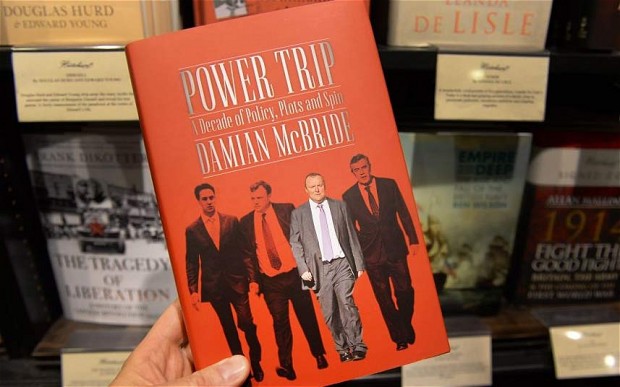 Hot in the headlines in April of 2009 after his embarrassing resignation as a special adviser and spin doctor to former British Prime Minister Gordon Brown, McBride, or ‘McPoison’ as his enemies knew him, is back in the spotlight with the release of his new book ‘Power Trip’.[1] The release of the book has seen him in numerous televised interviews as well as central in many news articles, with The Daily Mail taking the lead having paid McBride £130,000 to serialise the book.[2] But why has this publication caused such controversy and what are the Labour Party’s views and responses to this?

Perhaps the best way to look at why McBride has caused such a stir is to remember why he fell from grace in the first place. The culminating events that saw the fall of McBride was seen in the exposure of a plot to create a distasteful smear campaign against the Conservatives, full of cringe worthy falsehoods. It appears, from a series of emails from McBride, that he suggested creating a new website as a part of a campaign to embarrass the Tories, with a wide collection of fabricated stories about senior party members.[3] Examples of these stories range from Cameron suffering from ‘an embarrassing illness’ to Osborne being anxious over the exposure of him being pictured in the company of a prostitute. But this exposure was just the pinnacle in a sea of misdeeds old Damien had been involved in, and it is this that has caused the book to draw such attention. There was never any question that McBride was one of Brown’s closest boys, with McBride being greatly involved in the war against Blair and his followers.[4] Through mastering the dark art of spin however, McBride’s common flaw, which he arguably shared with much of Brown’s inner political circle, to destroy political opponents, was allowed to manifest and flourish to a level that was out of control.[5]

But if most of this was known prior to the books release after McBride’s resignation, why has the book caused such a stir? Well, firstly, the amount of detail in which the book offers levels of information never previously known of his scandalous behaviour as well as many of the supposed private opinions and thoughts of his beloved Gordon. Ideas that Brown was initially unimpressed with Obama, is just one of the revelations McBride offers about Brown’s personal political opinions and thoughts.[6] Moreover, in relation to Brown, he reveals critical mistakes he made when in power, for instance in 2005, accidently giving away market-sensitive budget information.[7] Aside from Gordon, he also reveals the intricate details of the way he used spin to oust opponents within the party such as his creation of a “briefing war” between one of Blair’s advisers and Charles Clarke which culminated in the sacking of the ex-home secretary.[8]

So why has McBride done this? To make a quick quid off of those nosey enough to want to know the ins and outs of the sleaze in number 10 only a few short years ago? Is it a way of him profiting from his misdeeds and the misfortune of others at his hands? Well according to the man himself, he has presented the book almost as a gift to the Labour party of today, so they can learn from the error of his ways and let such behavior remain in Labour’s past.[9] And what better time to present such a gift but on the same day on which the leader of the Labour party is giving the keynote speech at their annual party conference. But once again Saint McBride has defended this publication timing, seeing it as no threat to the outcome of the upcoming election, even admitting to accepting a lower sum of money for the book by not delaying its publication until the weeks leading up to the 2015 general election.[10] Furthermore he states the book to be an open apology to all those affected by his ‘sleazy stories’ and to be willing to answer any questions the police may have involving his actions and giving up his pension willingly if it is desired by the civil service.[11]

So what have been the reactions of the Labour Party? It seems to be the party line to distance themselves from McBride’s behaviour, rejecting any suggested involvement. They have condemned McBride’s behaviour, stating Labour has changed entirely under Miliband’s leadership.[12] So will McBride’s book act as a warning and saving grace to the Labour party of the future? Or will it damage the repuatation of the party for entertaining his behaviour for such a prolonged period of time? Is this the new and improved Saint McBride here to save Labour or simply the return of Mr McPosion?

Why Critics of GTA V Miss the Point

Why Critics of GTA V Miss the Point