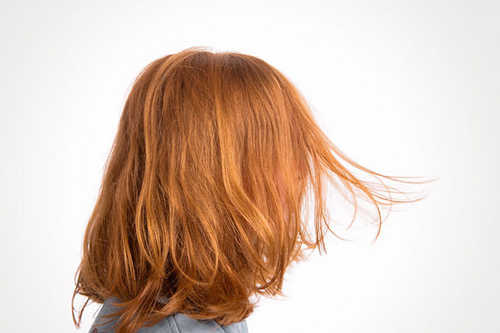 “You’re still a ginger bitch. All gingers should die”. This was a message sent to Nicole Nagington over the internet after she was forced to leave school because of persistent and aggressive bullying. Similarly, in February 2012 Alex Kosuth-Phillips was attacked by thugs outside a pizza shop on his 21st birthday and had his jaw broken in two places. The culprits apparently took exception to his ginger hair. That same month a man named James Prior was attacked and brutally beaten by two men in New Milton, Hampshire. Once again the attack was motivated by the colour of his hair.

‘Gingerism’ is scarcely taken seriously as a significant form of prejudice in the UK. The reason for this is because, unlike sexism and racism, gingerism is seemingly not institutionally or structurally embedded within contemporary society. Instead gingerism exists on a more social and cultural level; and has been made worse in the modern era by the advent of neoliberal-fueled ‘identity politics’ and narrower consumer perceptions of beauty. Earlier in the year, Nelson Jones from the New Statesman argued that ginger people are often subjected to prejudice, hatred and discrimination in the UK. They aren’t considered “fully human” he says – and the reason for this isn’t because of a joke in an episode of South Park.

Firstly, I will ‘come out’ (please excuse the pun) as a ginger. Before delving deeper into the issue of ‘gingerism’ I will impart some of my own personal experiences growing up. Although I was never severely bullied as a teenager I had to endure, on a daily basis throughout my adolescence, comments about the colour of my hair. These comments, however playful, were almost always negative. Indeed, very rarely is ginger hair used to suggest something positive. Ginger hair is often used as an insult because it is considered to be aesthetically or sexually unattractive and thus somehow a poor character trait.

Ally Fogg of The Guardian claims the UK’s “uniquely aggressive gingerism” is rooted in an anti-Celtic prejudice. He criticises Nelson’s comments in the New Statesman and argues that they assume “all forms of discrimination are the products of individual bigotry and irrational prejudice rather than structural and institutional divides”. Fogg makes the point that ginger people are not discriminated against on a structural or institutional level: a ginger person will not be refused a job or a mortgage on account of his hair colour. However, Fogg appears to be suggesting that prejudice must be somehow structurally or institutionally embedded within society to qualify as a form of discrimination. This seems somewhat flawed and furthermore assumes that the only real structures that exist are the seemingly ‘visible ones’ – the legal system and the economy for example. But what about the other social structures that exert an influence upon our more casual attitudes and behaviour? Very simply, our social interactions and perceptions of other people. These aren’t simply the products of economic forces or a body of legal rules that prohibit us from acting in certain ways. They are fluid, dynamic and constantly changing. Just like fashion trends or slang, these things exist beyond – although arguably in harmony and dependent upon – the prominent political and economic structures that reside over the rest of society. Moreover, structures themselves are characterized by individuals because they cannot exist without continued human activity that reproduces them. As such, the very fact that gingerism exists insinuates something structural.

So why are redheads attacked? Well, and as mentioned earlier, some people have argued that gingerism is essentially a form of racism. Ginger hair is a common characteristic within Scottish and Irish families who have, particularly in the past, been subjected to both extreme hatred and oppression under British colonial rule. However, I believe that so-called ‘gingerism’ has been made worse in modern times by the rise and subsequent normalization of western neoliberalism. Why? It is important to understand that neoliberalism is not just an economic force. It effects our perceptions of society (‘there is no such thing as society’), philosophy (‘human nature is intrinsically selfish’) and ourselves (‘only the individual exists’). Specifically, neoliberalism champions an unforgiving sense of individualism that actively encourages us to see others, not in terms of similarity, but in terms of difference. We become obsessed with our own allegedly unique ‘identities’ and thus use them as a means of personal definition – whether it be our sexuality, popular culture or consumer preferences. The consequence of this is an atmosphere of social insecurity where people feel naturally isolated from ‘other individuals’ and as a consequence desperately seek company and recognition within the respective identity groups that they chose to assimilate within. As a result, minority groups (who are perceived as being radically different) are often excluded – and sometimes feared – by the overriding majority. Additionally, neoliberalism has also contributed to the narrowing of consumer perceptions of what is considered to be either ‘beautiful’ or ‘attractive’.

Now, I am not saying that gingerism is worse than sexism or racism. But surely it shouldn’t be a question of which ‘ism is worse than the other? Discrimination is discrimination. To argue otherwise is to simply subscribe to another hierarchical system where one thing is perceived as being better or more important than the other. Just like racism and sexism, gingerism should be taken more seriously because it causes a great deal of misery for a specific social – and arguably ethnic – minority. And in case you were wondering, yes we do have souls.

What has Manning taught us? An interview with the Private Manning Support group Press Liason