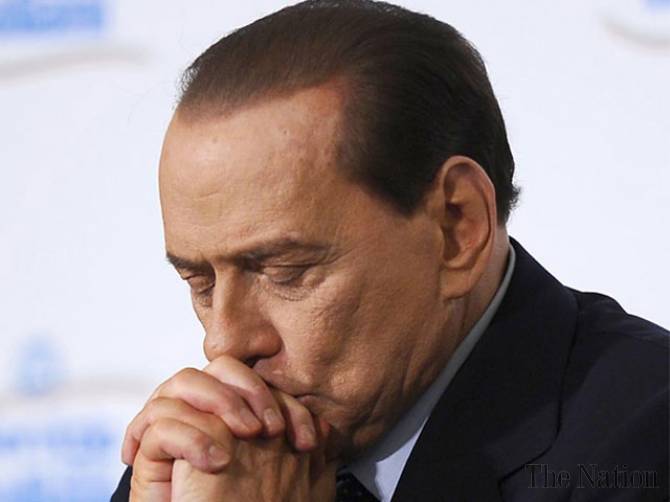 Although Silvio Berlusconi is arguably one of the most prominent political figures in Europe, he is well known for all the wrong reasons. His career has been overshadowed by innumerable scandals. But from repeated allegations of corruption to questionable ‘bunga bunga’ parties involving underage prostitutes and accusations of tax evasion through his numerous companies, nothing has brought the 77-year old Senator down from high office.

But after yesterday’s decision of a cross-party parliamentary panel to recommend Mr. Berlusconi’s expulsion from Senate, his two-decades long dominance of Italian politics has come to a close. This decision is the ultimate defeat for Mr. Berlusconi in a week that has seen him taking a huge political gamble and losing everything.

Over the weekend, Mr. Berlusconi threatened to topple the left-right coalition government of Prime Minister Letta about a proposed 1% VAT increase. He raised the stakes by ordering the five Cabinet ministers of his party Pdl (People of freedom) to resign from their posts. These shameless and irresponsible moves have seriously undermined Mr. Letta’s efforts to make his country more attractive to financial markets and weakened Mr. Berlusconi’s international standing even further.

However, the tides of national politics started turning against him, when some of the resigning Cabinet ministers publicly expressed doubts over the decision Mr. Berlusconi had taken without any consultation. Surprisingly, Deputy Prime Minister and Berlusconi protégé Angelino Alfano has turned out to be the rebellion’s leader. Thus, Mr. Berlusconi was forced into an uncomfortable position in which he had to back down from his attempt to bring down the government and support the vote of confidence in parliament.

One court case too much

Today’s decision, however, decreases even further the slim chances Mr. Berlusconi stands of reuniting his party under his leadership, as he will not be able to run for any political office in the next six years. It is inconceivable that his party members will be willing to remain loyal to a political figure that cannot exert any pressure for such a long time. Nor is it likely that they would support Mr. Berlusconi’s candidacy in six years, as he will have turned 84 by then.

The divides in the party between Berlusconi loyalists and the rebel movement should prove too wide for any reconciliation, but this will not deprive Mr. Berlusconi of all the tools at his disposal to influence Italian politics. His repertoire includes estimated financial resources of £9bn, control of Italy’s three largest private TV stations, a daily newspaper, AC Milan football club and various other companies. What is more, were his party’s split to materialize there is still a possibility that he would lead the camp loyal to him and launch a new center-right party.

However, Mr. Berlusconi’s short-term influence will suffer a blow in any case as he will have to start serving his sentence for tax fraud later this month, which will most probably be converted into a year-long house arrest due to his age. Furthermore, once he is excluded from Senate, he will lose his parliamentary protection from legal investigation, which could see him being convicted in some of the many other legal cases he is facing.

So it seems that the unrelenting spirit Mr. Berlusconi definitely possesses, has been broken. Former Prime Minister Mario Monti told CNN’s Christian Amanpour on Wednesday: ‘I definitely do not believe that this time around Mister Berlusconi can escape his fate’. If this turns out to be the case, we might finally see a prolonged period of political stability, which could bring about the reforms Italy is in dire need of, as the new spike in youth unemployment to unprecedented levels (40%) indicates most clearly. This would be an exception to the norm in a history of dysfunctional governments – 41 since the end of World War II. A stable government, one without Mr. Berlusconi, could instigate meaningful measures with positive long-term consequences and elevate Italy to the position of a reliable partner in the Eurozone recovery instead of being its problem child.

Society and the Veil