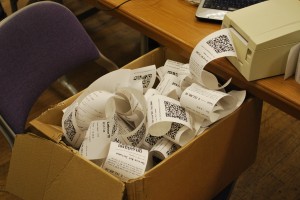 Recently, we saw the Independent Parliamentary Standards Authority (IPSA) publish the annualised information on MPs’ expenses and costs, for the period 2012-13. Now, these figures are often criticised because an MP in the north of England clearly has much higher travel expenses than an MP representing a constituency much closer to Westminster.

However, by extracting the figures for London MPs from the IPSA website and comparing those figures, we have a much more useful subset of data, since those London MPs are likely to be paying roughly the some prices for the items they charge to expenses, and the cost of TFL’s most expensive Travelcard is £3,168 (zones 1-9 including Watford Junction).

Total expenses for MPs in the London area (excluding their staffing payroll) came to £1,572,286.90. Top of the list for London expenses is Enfield North’s Nick de Bois with £52,857.47. Mr de Bois says that that he claims expenses for self-employed members of staff, who are not listed on the IPSA payroll, which has bought him to the head of the list.

Second in the London MPs’ expenses top list is Bromley and Chislehurst’s Bob Neill, with £43,729.60.

Mr Neill receives almost universal criticism for keeping a home in his Bromley & Chislehurst constituency (just a half-hour train ride away the House of Commons) as well as another home (which he claims to be his main residence) in Southend-on-Sea, Essex. Now, in previous years, Harrow East MP Bob Blackman has been a prominent figure at the top of lists of MPs’ expenses, and this year he doesn’t fail to disappoint, ranking third on the 2012-13 list for total London MPs’ expenses with a claim of £35,237.44, being second on the list for constituency office expenses (£26,007.23) and first on the list for travel and subsistence expenses (£4,432.02).

Indeed, the expenses section of Mr Blackman’s own website gives no reason for the amount of expenses that he’s claimed in the past year; nor any attempt to justify his employing his wife Nicola Blackman as his Office Manager (a practise widely condemned during the MPs expenses scandal) on a salary in the £30,000-£34,999 band. If we put all this into context, in total, Mr Blackman claimed almost £14,000 more than the average London MP, whilst nearby Harrow West MP Gareth Thomas claimed just under £2,500 more than the average London MP, of which he spent only £15 on travel and subsistence, compared to Bob Blackman’s £4,432.02.

Brent North’s Barry Gardiner had the second highest travel and subsistence claim. The second highest amount of travel and subsistence expenses in London (£2,896.55), but even this was just two-thirds of the amount claimed by Bob Blackman. Other nearby MPs total claims are £21,752.22 claimed by Ruislip, Northwood & Pinner’s Nick Hurd, and just £4,564.20 claimed by Uxbridge and South Ruislip’s John Randall. Barry Gardiner claimed £23,593.55 in total.

Notes:
All information was obtained from the IPSA website: http://www.parliamentary-standards.org.uk/

Enterprise YOU! How youth are taking the future into their own hands.

Enterprise YOU! How youth are taking the future into their own hands.