The Rise and Fall of Diane Abbott 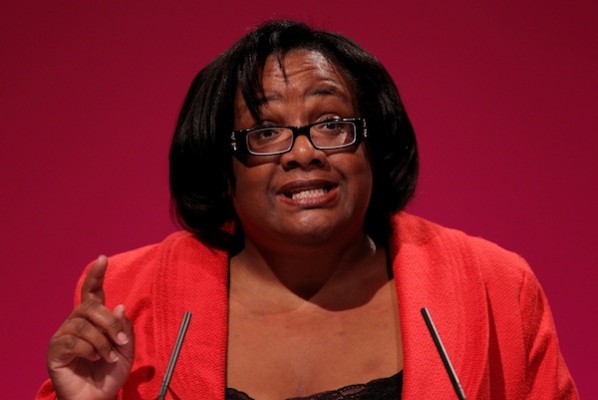 Diane Abbott. One of the most left wing frontbench Labour MPs and thanks to her regular appearances on the BBC’s This Week as a panelist and her history, one of their most well know politicians, has found herself washed up on the seats of the Labour backbench as she has become a casualty of Miliband’s latest shadow cabinet reshuffle and lost her spot as shadow health minister. But why has such action been taken? Surely ‘Red Ed’ has put himself at a disadvantage by giving one of the most prominent left wing politicians in his camp the boot? Moreover, with Diane’s history within the party being linked to promoting diversity in relation to both race and gender, has Ed fundamentally undermined these issues in Labour frontbench politics?

With Diane Abbott being such a long-standing and prominent member of the Labour party, I believe it is essential to, at least briefly, look at the history of her assent within party politics. Abbott came into the British political scene when issues with race relations were incredibly controversial, with there being lots of public opposition to immigration coming from formerly British colonialised regions, in particular, and in relation to Abbott, the Caribbean. For many within this ethnic group, and for women, Abbott helped the step towards change and inclusion by making history and being the first black women ever elected to parliament in 1987.[1]  From this position she has helped the progression of women and black people within Britain through founding and supporting organisations such as the ‘London Schools and the Black Child Initiative’ and much more.[2] With this is mind it seems Diane would be an invaluable asset to the Labour party, with her progression to frontbench politics being a symbol of the progression and embracement of diversity within the party.

However, despite these contributions it has not been all sunshine and rainbows having Abbott as part of the face of Labour. A large degree of the reason to which Abbott is such a well known figure is due to the controversy surrounding her vocalised political opinions, which have often gone against the party line. This is something that has becoming incredibly problematic and public under Miliband’s leadership. It was not long ago, January 2012 to be precise, that she was seen to embarrass the party in her Twitter ‘race row’ over the Stephen Lawrence debate where she stated ‘white people love playing divide and rule’. This saw Miliband threaten her with the boot unless she apologised, with others demanding her resignation.[3] These transgressions have somewhat worsened in recent times with her vocalism not coinciding with Labour policy serving to undermine Ed’s leadership, something which is already challenging for him with the new leader facing accusations of being weak and incoherent.

The most prominent example that springs to mind however, the one which Abbott herself sees as a core reason for her oust from the Shadow Cabinet was her position on Syria. On October 13th Abbott stated she believed she lost her front bench position due to her defiance of Labour HQ instructions not to take a position on potential British action on Syria.[4] Abbott spoke before Miliband could even clearly announce Labour’s position, being openly opposed to any British military action indicating that she would possibly resign over the issue if the Labour party backed intervention in Syria.[5] In her words, such action on her behalf did not sit well with the Ed’s desire to have shadow ministers who “literally read from the [Labour Party] script” and tipping her “enemies in the party over the edge”.[6]

So what does Diane’s Abbott’s removal from the shadow cabinet actually show? Personally, I do not believe it is a way for Miliband to reduce diversity within the party, despite its frontbenchers supposedly looking less representative of modern Britain as some critics have noted.[7] The rise of Chuka Umunna and his role as Shadow Secretary for Business, Innovation and Skills and an array of women within the cabinet shows Miliband to have kept the Shadow Cabinet diverse, just with alternative figures. In my opinion, Abbott’s demotion should be seen with a broader picture in mind with Miliband’s Shadow Cabinet  reshuffle showing Ed attempting to tighten the reigns on his frontbench politicians who make up the face of Labour, creating a team who will ‘read from the Labour Party script’ combating accusations of lack of coherence and control over his party. In addition, if looking at the other changes made, it seems that the Shadow Cabinet reshuffle has seen the rise of the loyalists to him in the left, as seen in his demotion of three former Blarites, Byrne, Twigg and Murphy, and the promotion of two former Brown allies, Livermore and Dugher.[8]

So what’s next for Diane? Will she be the next Mayor of London? Rise up again to frontbench Labour politics? Only time will tell.