What’s All The Fuss About Marxism? 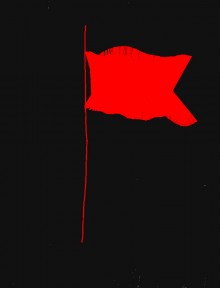 The Daily Mail recently described Ed Miliband’s late father – a renowned academic and political economist – as a “man who hated Britain” on account of his Marxist beliefs. The newspaper, which was deeply supportive of fascism during the 1930s, went onto claim that Ralph Miliband had an “evil legacy” despite having fought in the Second World War. Now admittedly, I have a ‘stake’ in this because my father is also something of a Marxist. It’s personal. Having spent most of his career at the University of Kent he has, until the recent global financial crisis, been mostly ignored by many mainstream academic circles almost wholly dominated by free marketers and neoliberals. Indeed, he once recounted a story where another significant academic (who will remain anonymous) suggested he “move to North Korea” in the midst of a heated discussion on corporate governance. Sadly, this is but a typical example of the widespread ignorance, in both the academic world and general public, surrounding Marxism.

Marxism is often rejected as a practical alternative to capitalism because it seemingly “doesn’t work”. However, the reality is that most people know virtually nothing about the works or views of Karl Marx. Common perceptions of Marxism more closely resemble the laughable American propaganda used during the Cold War (“better dead, than red”) rather than any serious reflection of Marx’s actual beliefs. Furthermore, in a time when capitalism has been shaken to its roots I think it is important to explore the possible alternatives to a system that has arguably proven itself to be both inherently flawed and potentially dangerous. Can you imagine what would of happened if the government had refused to bail out the banks? Do we really need another decade of neoliberal economic policies dictated by a combination of wealthy businessman and LSE graduates? It is my intention within this article to take three common objections (or ‘myths’) surrounding Marxism and attempt to rebuke them.

MYTH #1: Marxism is outdated and has no relevance in the modern world. It is the artefact of a bygone world of factories, food riots, coal miners and chimney sweeps. Marxists refuse to accept that the world has changed in light of globalisation and post-industrial economies.

The accusation that Marxism no longer holds any relevance in the modern world is simply false. Marx was deeply aware of capitalism’s ability to continuously adapt and transform itself over time. He claimed that capitalism would become more complex as it grew and actually foresaw the process of, what we call, ‘globalisation’ (or international neoliberalism). However, the very basics of the system have essentially remained the same. Marxists will often highlight how curiously static and repetitive capitalism is. It cannot stray from its constant need to generate profit and thus reproduce new forms of capital. Furthermore, on a global scale capital has become more predatory and concentrated than ever. It can be easily argued that the working class have actually grown more significantly in size in recent decades. Most of our manufacturing has been outsourced to cheap wage locations in the ‘developing world’ and this has led some people in the West to conclude that heavy industry has disappeared off the planet altogether. Out of sight, out of mind. The reality is that, even in the West, the gap between the rich and poor has increased so dramatically since the advent of neoliberalism in the 1980s that it can be compared to the levels of poverty-stricken Victorian England. In the UK, we have been told that “we’re all middle class now” – but this is just a barefaced lie. Debt. Zero hours contracts. Rising energy prices. The NHS under threat. Does this sound “middle-class” to you? As long as people continue to humour the real myth – that the current system can somehow offer them the same material wealth it generates for a narrow economic elite – then these things will continue to get worse and worse. Expect more poverty, more economic instability, more damage to the environment, and more international tension between countries as they attempt to get nuclear weapons and war over scarce natural resources.

MYTH #2: Marxism doesn’t work. When put into practise Marxism leads to tyranny, oppression and murder on a horrific scale. Look at Stalin and the USSR.

On the outset, this seems like a fair point. The USSR was a disaster and Stalin was a brutal dictator who slaughtered millions. But let us look at the history of the most powerful capitalist nations… slavery, genocide, violence, exploitation. As Terry Eagleton puts it “capitalism too, was forged in blood and tears”. The only real difference is that it has survived long enough for us to forget much of its early horror. Indeed, it is often forgotten that the Soviets were able to achieve full national employment, launch satellites into space and provide cheap housing and fuel for its citizens at a time when most of the country was populated by rural peasants. The Soviet Union brought an economically-backwards country into the modern world and turned it into an industrial superpower. Of course, this was all done at an unforgivable human cost and the gains of Communism pale in light of the losses. However, the irony about the USSR is that it actually proves Marx was right about something. He claimed socialism could not be achieved in impoverished conditions and that capitalism was a kind of ‘necessary evil’ before the transition into socialism. Why? Because capitalism allows for certain fundamental advances in technology that would simply make a socialist world more practical. Marx actually admired the way in which capitalism, as he called it, developed the ‘means of production’ to this point. Ultimately, it is true that capitalism can bring untold prosperity to some parts of the world. Marxists do not deny this. Capitalism can very often be a positive force in the world. However, it has also proved “incapable of breeding affluence without creating huge swathes of deprivation alongside it” (Eagleton). Looking at the modern world today can we honestly say that this current incarnation of capitalism works when an estimated 2.74 billion people on the planet live on less than two dollars a day? That seems like a more fitting question.

MYTH #3: Marxism is idealistic. It doesn’t take into account the inherently selfish traits of humanity and instead subscribes to an unrealistic, utopian vision of the world. It goes against human nature.

Do people honestly think that we came to rule this planet through being inherently selfish and not caring for others? Humanity has many negative features and selfishness is most definitely among them. However, we also have a string of positive traits. The fact that we’ve even bothered to create the concept of ‘romantic love’ proves that we are beings who can be sentimental, kind, empathic and caring. By contrast, the fact that we’ve created the Daily Mail and Fox News suggests we can also be cruel, judgemental and manipulative. Regardless, this very contemporary idea that humankind is somehow ‘inherently selfish’ is simply a product of neoliberalism that can be traced back to Thatcher and Reagan in the 1980s. It is a neoliberal-created philosophy that justifies the existence of neoliberalism itself. I am sure our grandfathers were ‘inherently selfish’ when they risked, and sometimes gave their lives, to fight fascism in the 1930s and 40s. We must remember that it is not idealistic to believe that humanity is capable of more. It is not idealistic to believe that we have the ability to create an economic and social system that doesn’t just benefit the wealthy and promote greed. Marxism is not necessarily the answer. Maybe we need a better kind of capitalism? But to call Marxism somehow idealistic or utopian is not a particularly insightful or constructive critique. There will still be murder and rape in a Marxist world. There will still be traffic accidents and random acts of chaotic violence. Marxism cannot stop this – and more importantly, it doesn’t pretend that it can. Marxism is not idealism; its critics just want you to think that it is.

To conclude, it is very hard to capture the true complexities and layers of Marxism. Marxism has appeared in various forms over the decades since its conception and still doesn’t have all the answers. My father would say that Karl Marx wasn’t trying to give humanity a blueprint for the future. Marxism isn’t necessarily about how we create a better world, but simply attempts to best explain the one we’re in. It’s the most detailed and comprehensive critique of capitalism that has ever existed and as long as capitalism lives, so does Marxism. Like most people, Marxists come in all shapes and sizes. Some can be cruel. Some can be nice. And some can be completely misguided – standing at stalls calling for a “worker’s revolution” like its still 1917. I think my father, probably much like Ralph Miliband, would fall into the second category.

Unscrupulous and Unrelenting: Can the UK Energy Industry be tamed?

Unscrupulous and Unrelenting: Can the UK Energy Industry be tamed?