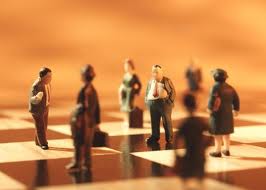 In his introduction he mentioned those in attendance as academics, academics who are activists, activist who write books and students.

Dr. Starkey in introducing the topic said that there are also those who not only write but think about how to do real politics. 6 dates are in the diary for all the sessions planned. 24th October 2013 is the first of the 6 dates. He says that the aim is to be able to get learning communities that will work with each other. He points out that it is daunting to note that for this session there are 12 speakers which seems much but revealing the eminence of each speaker makes one to know that the participants would be fed with rich diet. He then adds that in today’s seminar we will be able to get a test of what the seminars as a whole will look like and get a range of perspectives that’s on offer and the kind of debate that will be taking place.

Titus Alexander is the main speaker for today. He starts by saying that; he hope that we are not just ‘Learning together not just learning together but maybe taking some learning project together’. He points out that this would set the scene for the whole of the series. In his presentation he stresses that the way to change the world is to get local communities to set up groups and take action. Titus highlights that at times one sets up a project and puts huge amount of effort and even get funding for the project and then the council will change their mind and that thwarts the project. He says that this had happened over the past 40 yrs. According to him the council’s official policies de-capacitates the projects. He continues by saying that people will get you involved over a year or two and then some other projects will come and take its place. Titus informs those in attendance that one of the projects he is working on is campaigning for parents as educators. Although he mentions an old saying ‘Knowledge is power’, he makes his case for Training for organising political education, but suggests that it seems as if we have lost that, leaving the question “how can we recreate this?”

Group discussion:
During this project which were held in different groups for 5 minutes, our group discussed that the most successful campaign ever was the campaign to end slavery. It was later suggested that we take a more recent campaign of which was campaign for women’s liberation, civil rights and gay rights which is still in progress.

As Titus takes back the podium he mentions ‘Finance’ as being biggest and effective campaign: “International finance” he postulates that this has been incredibly successful campaign. He explains how finance regulates and dictates the establishment of the way in which economic philosophy has taken over the whole world. He mentioned China, Hong Kong Central bank being too big to fail and the way banks have been strengthened after the financial disaster. IMF was set up to help nations in need of financial assistance but at times it appears as if it is used as a campaign tool to further destroy the economy of some developing nations which leaves those nations to wallow in abject poverty till today.

I equally observed how the ‘haves’ talk and use the campaign of globalisation which has to do with finance to their advantage. Titus points out the way in which the banks have been strengthened after the financial disaster. He notes the way in which finance has been able to buy the whole political system. Here I will add that Geoffrey Chaucer puts it this way that money is the root of all evil. But I can say that money is both evil and good. Evil to those who have been cheated and good to those who have been able to use it to their advantage. I am in total agreement with Titus as he suggests that campaign of ‘Finance’ makes the system most effective. He further talks about the huge intellectual underpinning, how the whole economic text books, Chicago school in particular talks about how the whole leadership is embedded in the institution. He mentions that that is his idea and gave example how after the financial crisis the banks have really triumphed. He then says that that is his view of what the most successful campaign is all about.

In driving home his presentation Titus uses a sketch to show this hierarchy. He shows that the power of institutions in almost all organisations is structured that way. In his sketch he illustrates how in almost all organization one has steep gradient where the person at the top possibly the CEO and those below are being constrained by him or her. He points out that the gap between the top and the bottom is enormous. Using his illustration he mentions that, 60% of the campaign takes place within the organization because you are dealing with hierarchy. He mentions that those at the bottom are the public while those at the top are engaged in politic all the time. He continues by saying that some people make things happen while other people watch things happen … and that in terms of this hierarchy that they are surrounded by other hierarchy. Still using his visual aid he points to the example such as the mosquitoes trying to get words in.

He stresses that mosquitoes and termites can be powerful and that is true. Still on his analogy as the public being at the bottom, an example of the riot in the UK in 2011 proves Titus’ comment that ‘mosquitoes and termites can be powerful’ is correct. Titus then continues by saying that those at the top are interconnected while at the centre there is a permanent power struggle. He suggests that for them in the hierarchy to maintain their position they hire even people from other countries to advice them. In his presentation he mentions that in each of the institutions they battle with each other, how to get funding pointing that there is a constant political battle going on. He then postulates that for practical political education we need to understand how that works and the way in which they try to influence what is going on in the community. It is his opinion that all politics is office politics, one office try to influence another office.

He then asks the question; why do we need campaigning? He gives the answer as being that of unequal access to information and the need to find way to equalise the system.

It was his suggestion that what we need to do is to find ways to make it possible for local people to get access in politics and that university should be part of that. His vision is for people to get access to all sorts of ways in which they can campaign for a particular process and political education and that universities should get involved. He gives example that it took the families of the Hillsborough disaster 23 years to get justice, in fact they haven’t yet got justice.

He suggested that practical politics need to be pragmatic. He further says that in terms of what it’s all about, it is an ambitious goal and there is need for political support for it. He mentions that he wrote a paper on learning power and that campaigning is ok. He postulates that not only do people need to learn how to campaign but that it should be a priority for public funding, as he continues he says that all campaigners need passion. It is also his suggestion that not only should people be able to learn how to campaign but that it should be publicly funded and that the mind set has changed. He therefore suggests that there is need for political support and that there is political climate and the will to do something. He suggests mobilising institutions’ support across to ask what we can do to give people a real sense of power. In conclusion he then says that that is what this seminar is about.

At the end of his presentation other speakers spoke for five minutes each; starting with Jonathan Dearth, Mardi McBrien, Dr. Phyllis Starkey, Tricia Hartley, Chris Stalker, Dr. Anita Howarth, Brian Lamb, Neil Jameson, Elaine Unterhalter and Jonathan Ellis. These other speakers were brain storming exercise for those present which confirms what was earlier said at the commencement of the seminar.