The Powers That Be Plan Youth Job Creation 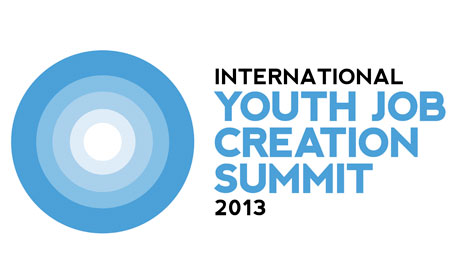 Set amidst London’s grey urban landscape rises an ever so slightly incongruous- it’s orange!- building that is perhaps the only House of Parliament in the world to be overlooked by what is to all intents and purposes a giant fairground ride. While The London Eye’s glacial pace strips it of any adrenaline-pumping potential it may have, it does provide a handy analogy for progress on youth unemployment: that is, going in giant circles very slowly. Policy should not resemble a boomerang arcing through the heavens as if being captured by one of those super slow-mo action replays that make you swear that athletes’ faces are actually sculpted from jelly. Rather, policymakers should look beyond The London Eye to the city with which it shares a name – partially – for inspiration. London is fast moving, energetic, results-oriented, international and young, all characteristics that I am sure we can agree should be enshrined within the policy making process. With the ambitious goal of distilling the best of the great metropolis into a coherent policy for youth job creation, Peace Child International (PCI) along with Jeremy Lefroy MP organised a meeting in the House of Commons on October 24th.

Intended as a first step along the meandering, self-interested and at times hopelessly contorted yellow brick road of policy making, the meeting played host to a diverse array of organisations, personalities and perspectives, united by their willingness to bring forth substantive change. The meeting was opened by Mr. Lefroy MP who immediately set the tone by challenging those present to provide him with the policies that will turn the youth unemployment crisis around at long last. He further reported that the World Bank is firmly committed to promoting job creation and while acknowledging that “warm words are one thing, taking action quite another” he was convinced that by using his leverage as Chair of the Interparliamentary Network for the World Bank he could ensure that those “warm words” were indeed translated into action.

Similarly, David Woollcombe of PCI, reported that the appetite to collect best practice on youth job creation has reached as far as the rarefied upper echelons of the International Labor Organisation (Indeed, such was their hunger that they have delivered a website outlining their findings on www.youthpractices.org). In the near future they wish improve the guidance they can offer governments on “how to reduce youth unemployment”. Christmas had come early – taking on the role of a job creation Santa, Woollcoombe kept the good news coming by reporting that the European Commission was also keen to end the crisis.

Simon Hills, again of PCI, outlined his own organisation’s efforts to combat youth unemployment. He reported that PCI will produce an online guide to effective practice in job creation, are looking at establishing a regional job creation roadshow, are considering a second International Youth Job Creation Summit and plan to form a steering committee to direct future efforts in youth job creation on an international level.

With that it fell to Janne Geurts to split the group into two separate task forces to consider policy tasks for the UK and internationally.

Two major themes quickly emerged as crucial: education and access to capital. On the education front, a broad consensus called for closer links between education and business to be forged. Today’s education system is an anachronism in today’s interconnected world, and we should allow business leaders to have a greater say in setting curricula, which could reduce the perverse skills-mismatch. Some made the case for running schools as if they were businesses and thus ingrain business in the DNA of education. More moderate arguments called for embedding entrepreneurship in a modern curriculum for life.

Regarding the question of access to capital, much talk was of replicating successful programmes on a wider basis. In particular, the UK government’s Start Up Loans programme and Department for International Development’s Bank Guarantee. Both of which were championed for catering to the ever-growing enthusiasm among young people to be their own bosses.

Discussions again centred on creating an education system that is “fit for purpose”. A possible template for future reform, the UK Youth Parliament’s “A Curriculum to Prepare us for Life”, was highlighted by Mariam Waseem, herself of the Youth Parliament. The curriculum was drafted in consultation with some 260,000 young people and it was agreed that the involvement of young people will be critical in tackling youth unemployment. Once more, the importance of embedding entrepreneurial skills in the curriculum from an early age was stated. However, it was also felt that extra-curricular activities also play a fundamental role in preparing young people for the workplace and that their role should be further recognised.

The meeting also identified measures that don’t require the cumbersome ladder of realpolitik to implement. Chief among these was to increase funding to the Duke of Edinburgh Award, which enhances participants’ prospects and yet receives enough funding for only 10% of applicants.

The London Eye turns as slowly as always; its lazy revolutions a stark counterpoint to the hustle and bustle of the vibrant city at its feet. One meeting has not made the London Eye suddenly change to mimic its surrounds; it will remain conservative and slow moving until it is given no option but to change. The meeting was a stepping stone along this path, many more steps remain to be taken, but as the saying goes, ‘the first step is often the hardest’.