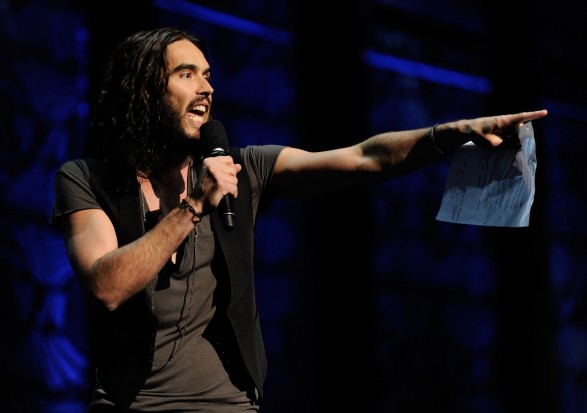 There is no doubt that most people have now seen the ‘Brand vs. Paxman’ debate which appeared on Newsnight fairly recently, where Paxman quizzed Brand’s political views due acquiring a new role as the editor of a political magazine. Now as much as Russell Brand is indeed a comedian, and was something evident in the interview with there being various funny moments, he did well to raise many questions about the flaws in the British political system which has caused apathy and disillusion with the state from the electorate. Such ideas spark questions as to whether the politicians who are meant to represent us can be trusted and whether voting just reflects acceptance for an essentially flawed system.

Towards the beginning of the interview Paxman questions why we as the British pubic should listen to the political views of Brand and why he has any right to edit a political magazine due to him actively not voting.[1] Personally, I felt this was an unfair question from Paxman, as I feel equating the right to comment on political activity with voting is unjustified. I myself do not vote, despite being a politics undergrad student, as I am aware by living in a safe seat constituency, my vote has little impact. In addition, I have grown apathetic with the main parties, with voting feeling more like the choice between the lesser of two evils with their being a sharp decline in the disparity of the views of the parties, in my opinion, since the end of Thatcher’s time in power.

Funnily enough, this is far from an isolated view, as reflected in other responses to Brand’s Newsnight interview and looking at recent figures on the proportion of the public running to the polling stations at every election. Although 65.1% voted in the 2010 general election being an increase of roughly 4% from the previous election, such figures are not good enough, with almost 35% of the population not voting. Clearly their is something problematic occurring.[2] But what could be the cause?

Could it be mass disillusion and apathy? Well if it is, there is evidence to support such a claim. Brand highlights the distrust he feels towards politicians due to broken promises and false claims, and this is a claim that can call on numerous political incidences as evidence. Dare I, as a student, mention university fees without the student population’s blood boiling and grimacing at images of Nick Clegg? After being photographed signing a pledge with the NUS (National Union of Students) to eradicate university fees if in power, not only did he go back on this, but he and his party as a part of the coalition supported the trebling of these fees. The NUS themselves have stated their disappointment in Clegg for his actions, not only because they felt let down, but also because of their fears this would shatter confidence and faith in politicians generally.[3]

However, we must question if this is just history repeating itself. Broken promises in association with tuition fees date back further than Clegg, with New Labour promising no increase in fees in 2001 prior to being elected, and doing exactly that by increasing them to £3000 when they were re-elected.[4] With this simply exemplifying promises being broken in sensitive political areas, is it any wonder there are suspicions over the trust in which the electorate has in British politicians? Ironically Paxman himself has too, on reflection, agreed with some of the points made by Brand with in recent interviews revealing himself too, at a time, failing to vote for similar reasons outlined by Brand, being tired of ‘tawdry presences’ and finding political parties ‘unappetising’.[5]

Other issues highlighted by Brand such as the seemingly constant disparity between the rich and the poor and the government not putting enough restrictions on companies damaging the environment are all valid issues, and problems which have not been tackled by the government. So is there some truth in the arguments presented by Brand? Are we at the dawn of a revolution that will take the form of a socialist, egalitarian system of governance? Well, as much as I am not sure I support Brand’s views to this degree, his interview undoubtedly gives us food for thought and that something surely has to change…