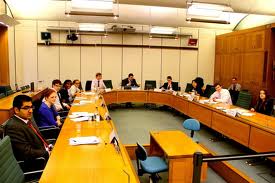 A Youth Select Committee (YSC), supported by the House of Commons and consisting of eleven members between the ages of 15-18 has held an inquiry into the role of the education system in equipping young people with life skills. Skills include personal finance, sex and relationship education, political and electoral education and cultural awareness. More specifically, they are calling for the Government to publish a long term strategy for the promotion of PSHE education in schools.

The Youth Select Committee is adapted from the UK Parliament Select Committee structure to give young people the opportunity to scrutinise and hold enquiries into topics of importance to them. The Committee, while welcoming the reference to PSHE education in the National Curriculum framework for 2014, remained to be convinced that this delivers a clear enough signal equating to the importance of delivering a “curriculum for life”[1].

The British Youth Council report [1], established at the end of October 2013, recognised the need for improving such education and has ‘heard’ what pupils have had to say.  It understands that the current system does not reflect the needs of young people today. The report further encourages the changes by setting policies in place for actions to be taken where PSHE education has been rated ‘not yet good enough’ by Ofsted.

An example of the type of evidence submitted includes, in answer to the question: does the school education system achieve the right balance between academia and life skills, a young person responded:  ‘a resounding no; it is felt that at present they are too focused on exams and accreditation.’ [1]

The inquiry in question was launched in April 2013 with the first ever enquiry having taken place in July 2012 where the Committee focused on Transport and Young People. This report will be launched at a meeting of the All Party Parliamentary group for Youth Affairs on Friday evening at Portcullis House.

Ministers at the Department of Education have been invited to give a formal response to the report and its recommendations.

“I am pleased that we have had this opportunity to ask lots of relevant questions to key decision makers about the essential life skills that young people need to learn before they leave the education system, and proud to have played a part in producing this comprehensive report.  We hope that the government will respond favourably and then act on our recommendations.

On behalf of the Youth Select Committee, I would like to thank all those organisations, agencies and individuals who submitted written evidence and/or took part in the oral evidence sessions in Westminster.”

The Speaker of the House of Commons Rt. Hon John Bercow MP said:

“I believe that it is extremely important for young people to have the opportunity to participate directly in the consideration of issues that affect them. As Speaker, I met with the young people involved in running the Committee and I was most impressed with their dedication to ensuring a fair and full examination of life skills education in schools.”

“The Youth Select Committee provides an important opportunity for young people to get involved with issues which really matter to them. Members of the Committee are passionate and dedicated young people who have either been elected or appointed to sit on the Committee, and who all do so much to help ensure young people’s voices are heard in their communities and nationally. It is impressive to see such levels of engagement, energy and commitment.”