The Monarchy: Loved certainly, but are they better than us? 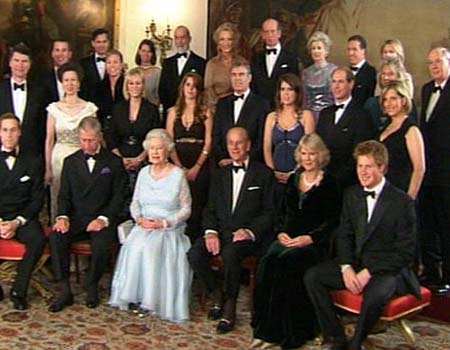 There’s been the Diamond Jubilee, the Queen’s appearance in the Olympic opening ceremony, the trilogy of the royal wedding, birth and christening and perhaps most beloved of all, there has been the box-office extravaganza that was ‘The King’s Speech’. To all of these we have, as a nation, flocked to and whooped and felt quite proud (perhaps even special) when we thought of all those eyes looking on from other nations at the most celebrated and seemingly eccentric of our institutions. Only a few miserable, po-faced individuals stood in durgy coloured jackets and baring signs tediously declaring ‘Citizen, Not Subject’ amongst our cheering throngs.

Fun Fact: The Peasants Revolt of 1381 came to an end as the peasants were led out of London by the King himself, after he having assured them that their demands had been met and that they were to be pardoned. As soon as the peasants had left the city commands were give which resulted in 500 being executed (mostly without trial) by the Earl of Buckingham, 1500 meeting their end by the noose in Kent; and resulted in the outspoken priest John Ball being hung, drawn and quartered publically in the market place of St Albans. Mistakenly they had believed the King was on their side, and that it was his underlings who were against them.

Mentioning that was of course completely over-the-top and possibly even uncalled for; and I do try to stem my royal bashing inclinations, and I do sincerely regard the aforementioned sign bearers as ‘weenies’ more than republicans, but I do think it is just time we started to be a bit more cautious about the royals again.

The main occurrence that makes me uneasy is the heir to the thrones secret lobbying of the Blair government. The Guardian made a Freedom of Information request to see letters between Prince Charles and government ministers, which the government subsequently refused to grant. Last year the Guardian won the request at an FOI tribunal, but it was then that the Attorney General exercised a constitutionally exceptional veto allowing the government to overrule the court on this issue – this is so unusual as it is the Judiciary’s place to force government actions, or lack of action, to remain within the confines of the law.

What’s more, the Attorney General’s explanations for the exercise of the veto have included the following:

‘This risk will arise if, through these letters, the Prince of Wales was viewed by others as disagreeing with government policy. Any such perception would be seriously damaging to his role as future monarch because if he forfeits his position of political neutrality as heir to the throne he cannot easily recover it when he is king,’

‘It is a matter of the highest importance within our constitutional framework that the monarch is a politically neutral figure able to engage in confidence with the government of the day, whatever its political colour.’

This reads to me as: The Monarch and their heirs, by virtue of being sustained and funded to serve as politically neutral figureheads, can conduct themselves in a manner as politically biased as they fancy and not be held to account for it by virtue of the need to maintain the illusion that they are in fact politically neutral. I personally find this rather difficult to say ‘fair enough’ to. Furthermore, it would appear to give those in line to the throne super-legal lobbying abilities, and that perhaps the Duchy should consider opening a PR consultancy.

On a less intense, but still rather disconcerting note, the government doesn’t appear too concerned about frivolous expenditure, by the royals, of public money. Last week Lord Berkeley’s criticism of Princess Anne’s use of the royal helicopter to visit equine events was swiftly put down by a government minister. Lord Wallace, a front bencher in the Lords, replied that the Queen was the best judge of how royal transport was used, and that she often delegated public duties to other members of the family.

This is patently ridiculous; why the Queen needs such representation amongst the horsing community is beyond me. But that it could be suggested by a government minister that the best judge of how much access to privileged transport a person should have can be fairly judged by the mother of the individual concerned is kind of amazing.

The monarchy is great and all but we are all, pretty much by principal (unless you’re some weirdo who believes in the ‘Divine Right of Kings), being taken for a ride. The people need to make sure that they are not being taken for too much of a ride; or at the least, the public must not accept having their elected representatives be influenced in secret by the monarchy, or their shielding of royalty from scrutiny.