What Is the Comprehensive Economic and Trade Agreement (CETA) Deal? 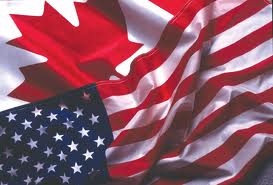 On the 18th October the Canadian Prime Minister Stephen Harper and the European Commission president Jose Manuel Barroso signed the CETA (The Comprehensive Economic and Trade Agreement). It is expected that the CETA will boost the bilateral trade by 25.7 billion (euros) on both sides of the Atlantic.

The CETA agreement includes the elimination of tariffs on more than 99% of all tariff lines, regulation and standardization of non-tariff barriers such as mutual technical standards etc. and liberalization of trade in services. It also provides a framework which aims to move towards future mutual recognition of qualifications and helps to remove or alleviate barriers to investment. The latter policies will support cross border movement as well as joint cooperation between professional organisations and authorities to establish mutual standards. Investors will be protected by investor-to-state dispute settlement mechanism thus increasing the legal certainty and predictability for business. This is also the first time when all sub-federal levels of government in Canada have agreed to bilaterally open their procurement market. Any disputes between the parties will be solved through the dispute settlement mechanism or through mediation mechanism that is available to tackle issues related to trade and investment.

The CETA confirms a commitment to sustainable development and to the protection of social and labor rights. On several levels the CETA creates a level playing field between Canada and the EU. It will help EU companies compete with the US exports that benefit from the NAFTA ( North-Atlantic Free Trade Agreement).

The several issues behind the CETA come from the Canadian farmers, economists and the government estimates that were created five years ago. It can take eighteen months to two years before the final deal is ratified and comes into force, and another several years to fully phase in. The opposition is unlikely to come from the EU for the Canadians are more afraid of lower relative gains when compared to the EU. The Canadian government study estimated a 12$ billion boost to its economy while the EU would benefit around 16$ billion. Another expectation is the creation of about 80 000 jobs. While the Canadian Trade Minister Ed Fast claims that the actual benefits of expanding Canada’s export to the EU will be much bigger than the estimates, his optimism is contradicted by several economists. They point out the likelihood of slow short term gains and the relative advantage the EU will gain in agriculture, automotive and procurement sectors.

The reason for this is Canada’s trade deficit with the EU. In 2012 Canadian exports totaled around 463$ billion whereas only 41$ billion went to the EU. Furthermore 45% of the exports going to the EU were related to resources and most raw materials are already tariff free. That makes the relative gains from tariff elimination a much smaller deal for Canada than for the EU. The Canadian press has claimed that the EU would save 670$ million annually in duty payments while Canda would save only 225$ million. In the automotive sector Canada is allowed to ship 100 000 vehicles across the Atlantic in exchange for dropping the tariff on EU cars. However the EU mostly exports luxury cars to the Canadian market. This means that the average customer will not benefit much from this deal and the influence of this agreement is estimated to be very small.

The only highly positive agreement is lowering the agricultural tariffs because the EU tariffs are as high as 13.9% and 11% for seafood products. Then again Canadian farmers argue that Canadian cheese and wine producers will face a lot more competition and may lose 2.5% of their income a year ( an estimate of a dairy farmer). All in all it can not be said that Canada will not make any profit. Canada has to boost its competitive exports to the EU and learn to use the business benefits through the elimination of non-tariff barriers. It should also be considered that Canada has about 35 million citizens and the EU has over 500 million citizens- how could and should the benefits of these markets be equal ?

The CETA is also undermined by certain Canadian mentalities. Many people prefer state run public services, health care system, environmental control and ownership laws. Canadians control the majority of telecom and broadcasting companies. Concerns have been raised regarding farmers who already face difficult competition from big corporations and will be squeezed harder when the CETA comes into force. The EU wants all public services to be covered by the CETA. This creates opposition to the privatization of healthcare, water and other public necessities that may become a lot more expensive. In addition as the competition increases and the prices rise, the US may start demanding similar rights in Canada’s market. That will leave the state without much sovereign power and limits the preferential treatment of local producers and the creation of local jobs. If the government is sued for violating the CETA agreement, the cost of the dispute would be paid by the people. In general Canada seems to be comfortable with trade agreements as long as its public commodities remain protected from outside competition. The government has the right to prefer local producers and has control over nationally important communication companies.

Even though the Canadians have many fair points and concerns, without the CETA, the exports to the EU would be unlikely to make a fast jump. The access to 500 million customers and striking the deal with the EU before the US may have given Canada a moment to get ahead of Americans. The CETA criteria is also likely to influence any future economic agreement the EU or Canada itself may want to sign. It allows Canada to start thinking about its future role in the global competition of regions and agreements, and to look for better solutions before the CETA is ratified. For more- in terms of global competition, having smaller relative gains is better than having no relative gains. The economic hierarchy is so intense that giving up relatively beneficial deals may be more damaging in the long run than allowing one party of the agreement to gain a bit more. Global competition is global power and vice-versa.