Remembrance Day – but whom have we forgotten? 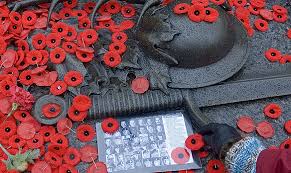 There is no other day that seems to bring together the people of Britain like Remembrance Day. Politicians put aside differences to pay tribute and remember the brave contributions of soldiers all over the country that fought in the First World War.

The one-minute silence on November 11th is commonplace within Britain in remembrance of the anniversary of Armistice Day, for those not wanting to forget those harmed and affected by the First World War.[1] A reflection of the prominence of this event in the British calendar can be seen in the previous two articles written about this day by two other Shout Out correspondents, looking at alternative ways the day has been commemorated and why we should wear the poppy, both of which I would recommend as they make a good read.

Now due to this, I will not regurgitate what has been said in those articles as they do themselves justice and I agree, that the brave men and women that supported the war effort should be respected and the poppy should be worn. Instead my question, or focus, of this article however questions how far, despite these ceremonies and acts of remembrance actually honour all of those who sacrificed in the war effort.

Although the key is in the name, many forget that both World War One and World War Two were both world wars, involving brave soldiers from all over the globe. For instance, there is often the reproduction of anecdotes of brave British soldiers about their times in the trenches and horrific warfare at this time of year, and the numbers of British lost are often recalled as a part of this. With this said, how many times as a part of this remembrance are the 1,440,500 Indian soldiers who fought mentioned?[2] Or better yet the 47,000 Indian soldiers who were killed as a result of this warfare? India is one mere example of the mass sacrifice countries within the empire made to protect their motherland, which up to now, sadly and wrongly is repeatedly overlooked.

Soldiers from the Caribbean also flocked in their masses to support the war effort, with many leaders and prominent thinkers such as Marcus Garvey encouraging young Caribbean men to join the war effort in order to be treated as equals and demonstrate their loyalty.[3] The governments of these islands also encouraged their participation on the battleground, with the king calling to all ‘Englishmen’ to support the war, something that, as part of the empire, these governments felt an affiliation for. However these brave men endured racism and prejudice to degrees unimaginable, given only the dirty and dangerous jobs where the lice-ridden conditions were appalling, and prevented the ‘darkies’ from fighting until the losses meant there was no alternative.[4]  African citizens also made just as large a sacrifice, with over two million making massive sacrifices for the European Allies with over 150,000 losing their lives in the struggle.[5]

It was not only manpower that the colonised nations gave in support of the war. Collectively, the Caribbean islands gave an approximate total of £60 million (in today’s money) to the war effort, a sum that they could far from afford.[6]

These are facts and figures I could write about endlessly, with my own family being from the Caribbean and receiving little recognition for their contributions to the war effort, but I shall not. The purpose of this article is not to serve as in-depth history lesson as to the contributions of the empire to the war effort. Its purpose serves only to question whether Remembrance Day needs to overtly recognise the fact that this was a world war, involving massive sacrifice from not only within Britain and amongst the European allies, but from across the globe, and these brave people should be remembered.

How to launch a campaign. A Guide

Does the UK need a Fat Tax? Dealing with Obesity in the UK

Does the UK need a Fat Tax? Dealing with Obesity in the UK