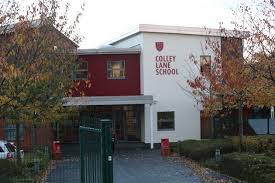 Accents and dialects differing across the country and the opinions surrounding such variation has always been an area of controversy in Britain. The ‘north-south’ divide is the crudest form of this, originating as far back as the industrial revolution, with the factories and ‘labourers’ of the country being concentrated in the northern cities such as Manchester and accents and dialects acting as clear indictors of geographical location. The Midlands have always been an area that has been disputed but has often been victim to criticisms of their accents and dialects. With this said, as much as time has moved on, there are disputes and arguments that this condemnation is still present within British culture and society. With this in mind, the question over whether the banning of Black Country dialect in Colley Lane Primary School is a form of degrading the local tongue and culture is being disputed.

The Black Country dialect is one that is unique and has grammatical traits rooting back to Early Modern and Middle English and includes language dating back to the Chaucer era, which is quite distinctive from modern day English.[1] Due to its historical roots and other factors, many of the people of the Black Country are proud of their dialect, and happy for it to be passed down to generations to come. With this in mind, details of what head teacher, John White, of Colley Lane Primary School has put forward must be explained. In his new rules, he has banned the use of Black Country dialect in both speech and writing within school.[2] In addition to this a list of the top ten most ‘damaging’ phrases – including ‘you cor’ rather than ‘you can’t’ for instance – has been complied and sent out to parents to highlight the issue, pressing a ‘zero tolerance’ attitude to get children ‘out of the habit’ of using such phrases.[3]

Many parents and locals have been appalled at the idea, coining it as ‘snobbish’, with the ban of these ‘damaging’ phrases and words as a way to ensure the ‘best start possible’ being insulting.[4] Opposition to the ban has also seen people regard it as an attack on local culture heritage.[5] In many ways, their argument is valid, but in my opinion this is more due to the approach of the implementation of this more than anything else. Using words such as ‘damaging’ and regarding and exclusion of such language to ensure ‘the best start possible’ only serves to belittle the regional dialect, seeming to suggests it hinders progress and is essentially harmful for children.

However, White has defended the move, claiming it not to be an ‘attack’ on local culture, but rather recognising that, at times, formal language needs to be used.[6] He takes the time to praise the rich culture and notes the Black Country origins of the majority of the staff within the school, but presses that the practice of code switching for formal environments is vital to the progression of children.[7] White regards integrating and accepting Black Country dialect in the school perimeters will lead to problems with spelling and pronunciation not correlating, and eventually leading to confusion.[8] The move, he argues, is a reactive one, with increasing amounts of children starting school with little or no proper English, and thus literacy being an area of underperformance within the school, he roots the partial cause of which being the “reduction of conversations around the dinner table”.[9] Other parents and locals have also backed the move, with some who originate from households where the long running heritage is not as familiar due to a different background, or where English is not the first language spoken in the home, argue in favour of the ban’.[10]

Maybe it is unfair to be too harsh on the measures White is attempting to put in place. For me, it does not seem as radical as other perceive it to be with an increasing amount of schools pushing colloquial language bans within schools to improve literacy levels, as seen in Harris Academy Upper Norwood in South London, where there is an active ban on using ‘informal language’ in the classroom.[11] This is a comparison that has been made within the teaching profession, but does this mean that a regional dialect, such as that in the Black Country equates the same status as that of colloquial slang used generally amongst young people? Moreover, with this change coming only two months after the publication of a study claiming people with accents from the Birmingham area gives and impression of lower intelligence and untrustworthiness, whether or not this was the inspiration for the move, raises questions as to whether linguistic regional snobbery is more problematic today than we realise.[12]

On Mental Health: Is Everybody Going Crazy?

Anti-government Protests are underway in Thailand

Anti-government Protests are underway in Thailand