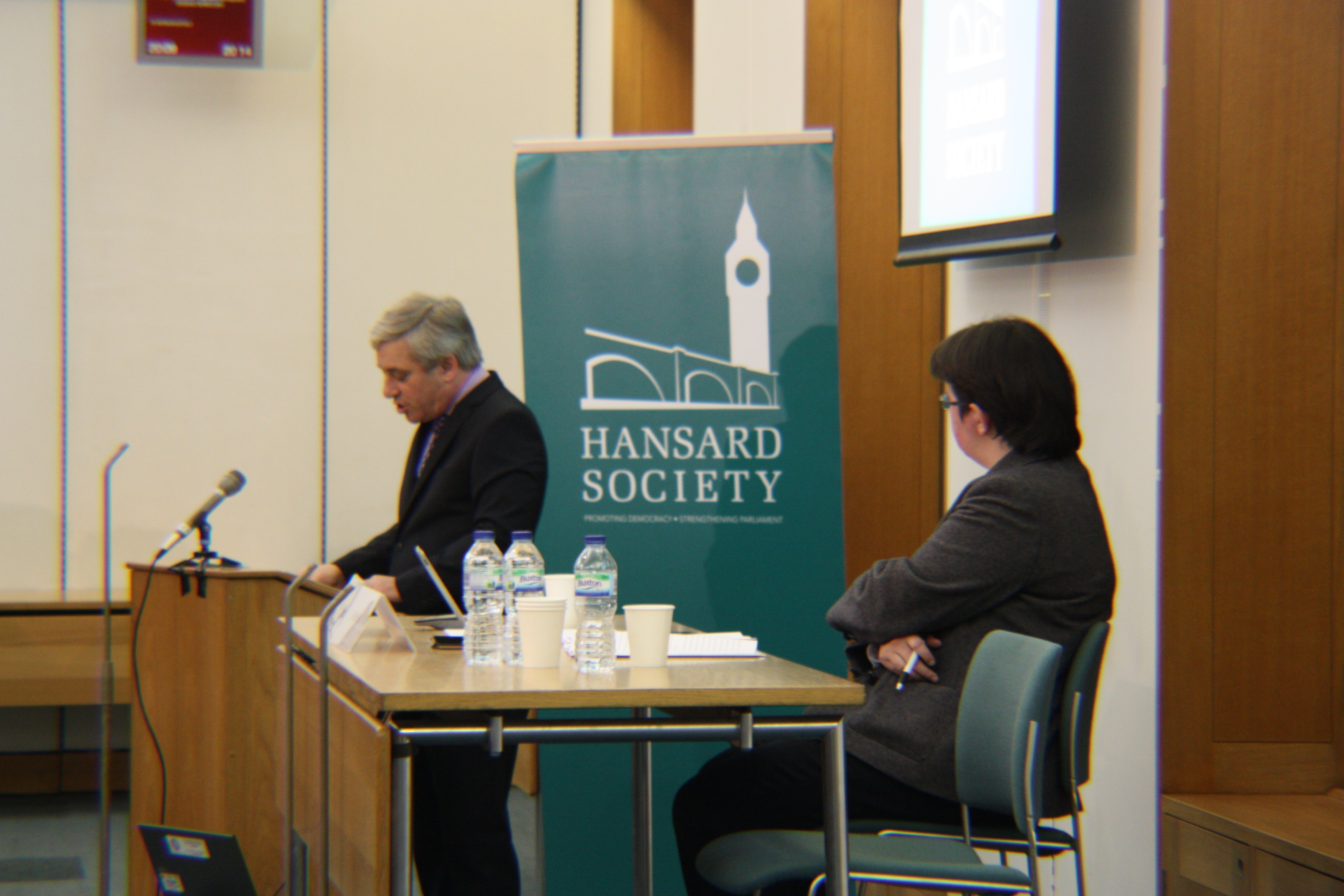 Parliament, an institution that has withstood the ages was, in 2009, in decline. The Rt Hon John Bercow, speaker of the House of Commons, spoke last night how most sow no virtue in Parliament. It was viewed as a talking shop, nothing more than white middle aged men… talking and yelling…

The Expenses scandal, he mentions, seemed like a nail for the coffin for this archaic and decadent institution. Yet, like a phenix from the ashes, it has risen in force and is ready to take on the 21st century. Rt Hon John Bercow refered to it last night as the ‘Westminster Spring’. He suggests that parliament has recovered in part thanks to outside forces, with three main points being catalysts for change:

So is parliament under going significant change? The Rt Hon John Bercow has rescued ‘urgent questions’, stating that he has allowed more than 100 urgent questions during his time as speaker. Mr Speaker also announced the launch of the first ever ‘Speaker’s Commission’ to try and look to the future. The Commission will be an move to try and engage our very own east London silicon Valley in an effort to push British democracy out of the past and well into the 21st Century.

The Rt Hon John Bercow Repeatedly urged the audience that the commission is not ‘another select committee’ or a ‘government initiative’, but something fresh and innovative. He believes the commission should be ‘like the digital world itself it will be unpredictable, potentially anarchic. It should even be quite fun.’

Mr Speaker also stresses that all the commissions functions will be on a voluntary bases, working within the means and budgets already set up for government and parliament. The inner core of the commission will involve parliamentarians, while the outer rings will involve people from all walks of life, with the aim of creating a parliament that is open and ready for technology to play an ever growing part in politics and democracy. He stresses that parliament is falling drastically behind times and it must change with it to be ready for the future.

As the floor was open for questions, many interesting questions on the importance of tech in democracy starting to emerge, with some asking if a tech engaged parliament, or parliament 2.0, could help solve disillusion, especially among young people?

The Rt Hon John Bercow MP mentioned that indeed it could if parliament were to advance the technology it uses it could reach a wider audience in new and exciting ways. He also stated that tech could most definitely make voting and participation easier and as such lift engagement between people otherwise to busy to become involved. Mr Bercow also mentioned that young people would welcome a tech savvy parliament, as life becomes increasingly orientated around technology and the internet: Could EDemocracy be the future?

The questioning also to a philosophical outlook, with someone asking if tech could bring back the idea of Direct Democracy. In the end representative democracy only come about as a compromise due to a lack of communication, which is starting to become obsolete, so why not? Could Direct Democracy, lead by the people, really be a way forward?

EDemocrcy is an interesting concept, however, fears of hacking and ballot stuffing is still feared by many. However, we must not forget that postal voting is liable for ‘hacking’ and it seems that a fear of the digital world still exists among both the British Public and the parliamentary community, which will not allow EDemocracy to take a leading role. This fear seems for the most part, seems to be due to a lack of understanding of the digital world and how similar it is to the non-digital world in many ways.

The talk was over all a refreshing out look of parliament, which has often been viewed as miss-representative, archaic and grey in nature. The idea of involving the tech community in east London seems like a novel way of getting more young people attracted to parliament. Young people, being the least represented age group in parliament, would welcome any move parliament makes to enhance the way they could communicate with parliament.

Will all of this ever evolve into anything? With so many U turns and out right lies in parliament, one would be foolish to simply take words as promises. We must remain vigilant and help the Rt Hon John Bercow MP stay true to his convictions and assist in helping him fulfill the vision he so eloquently presented. It seem’s a parliament ready for the 21st century is within reach of us all if we push our parliament do step out of the dark ages and support MPs ready to speak out about progress and the future of democracy. 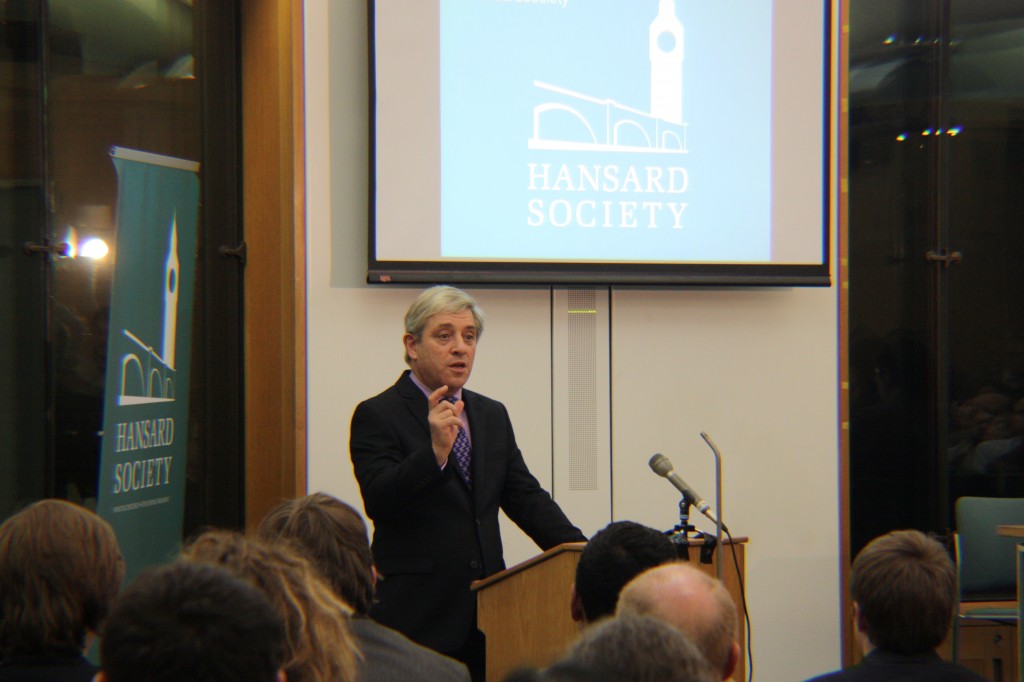 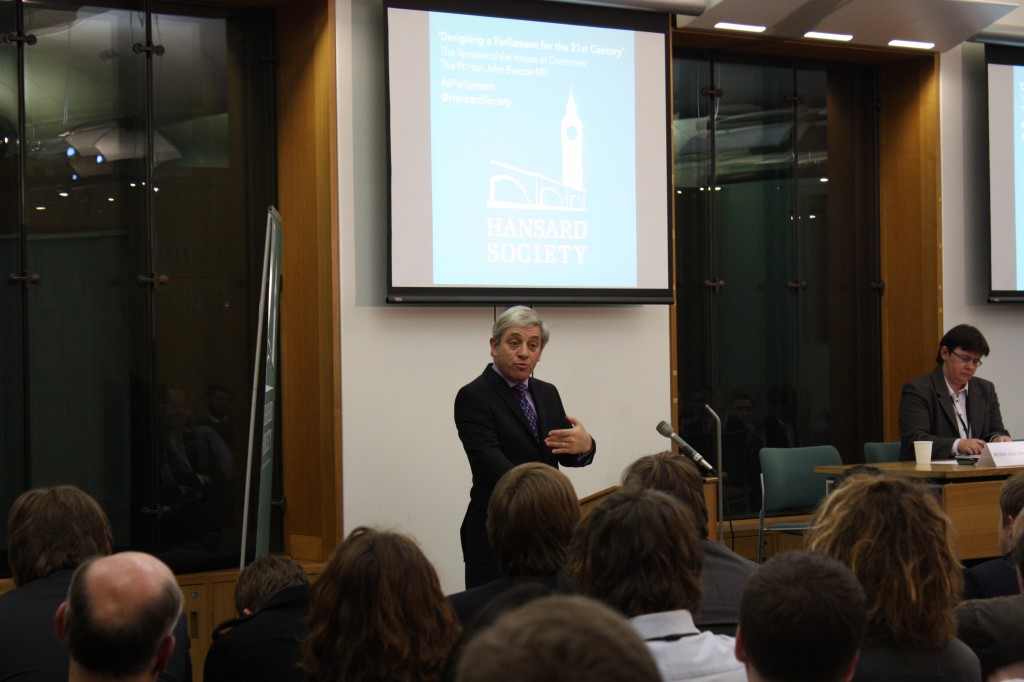 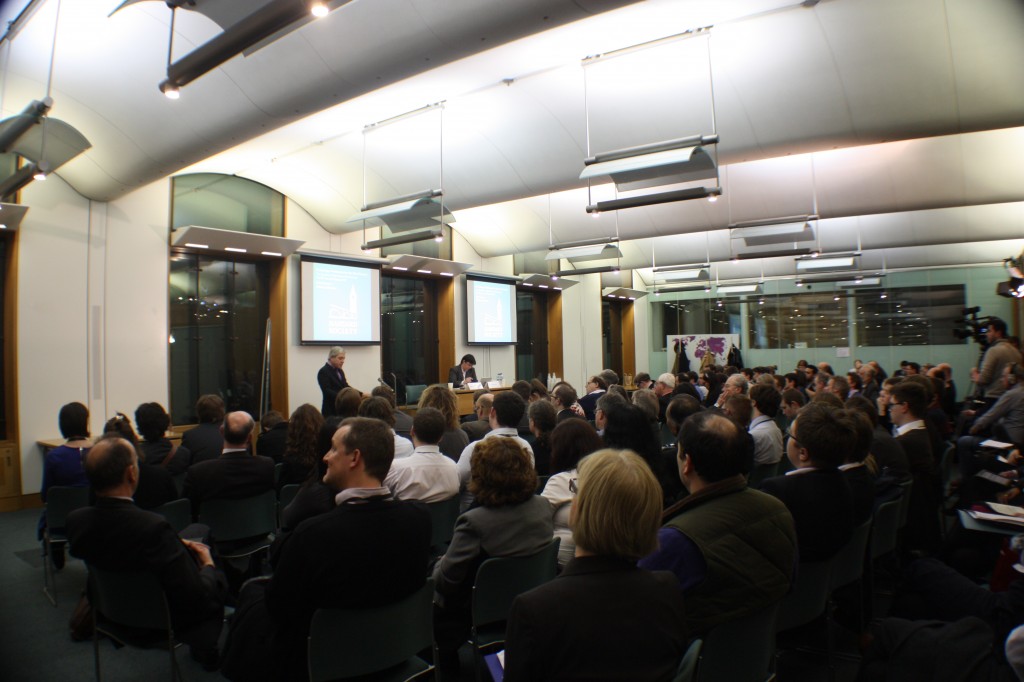 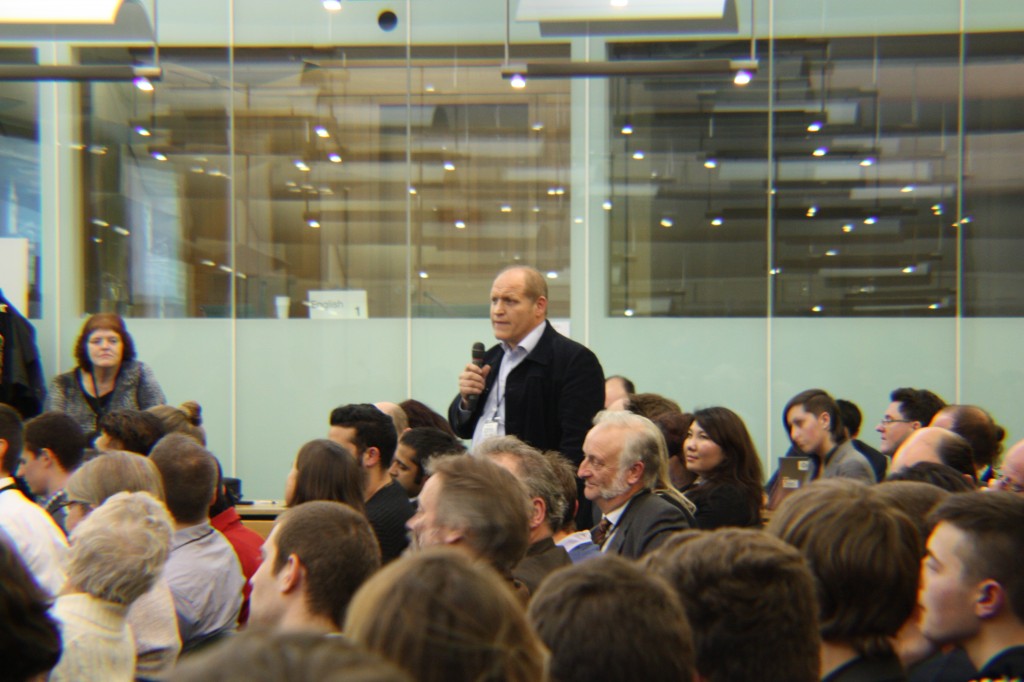 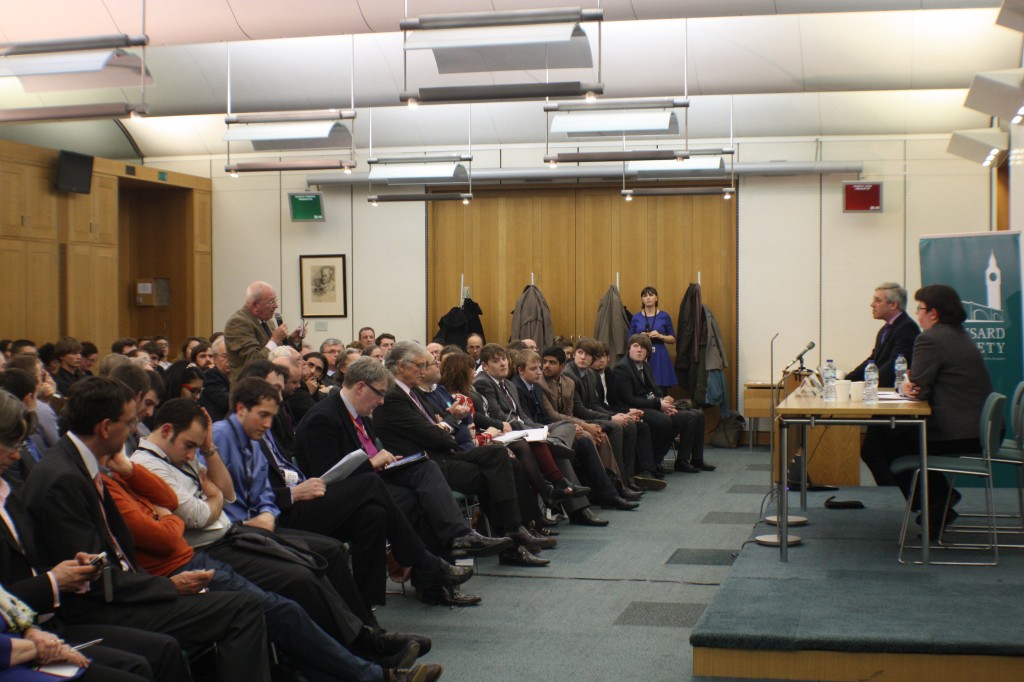 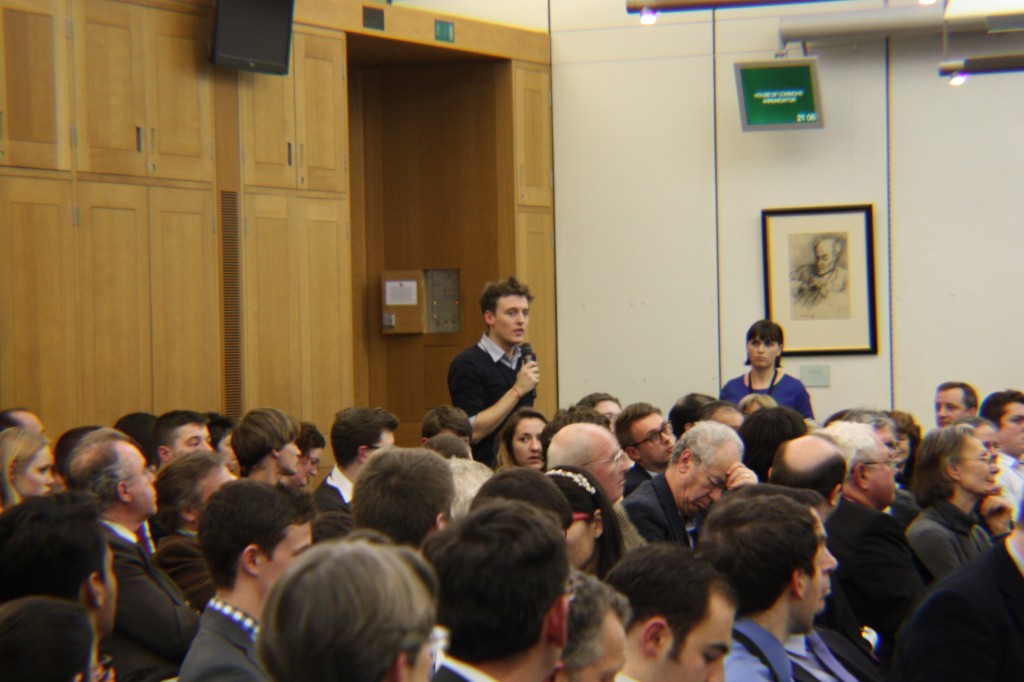 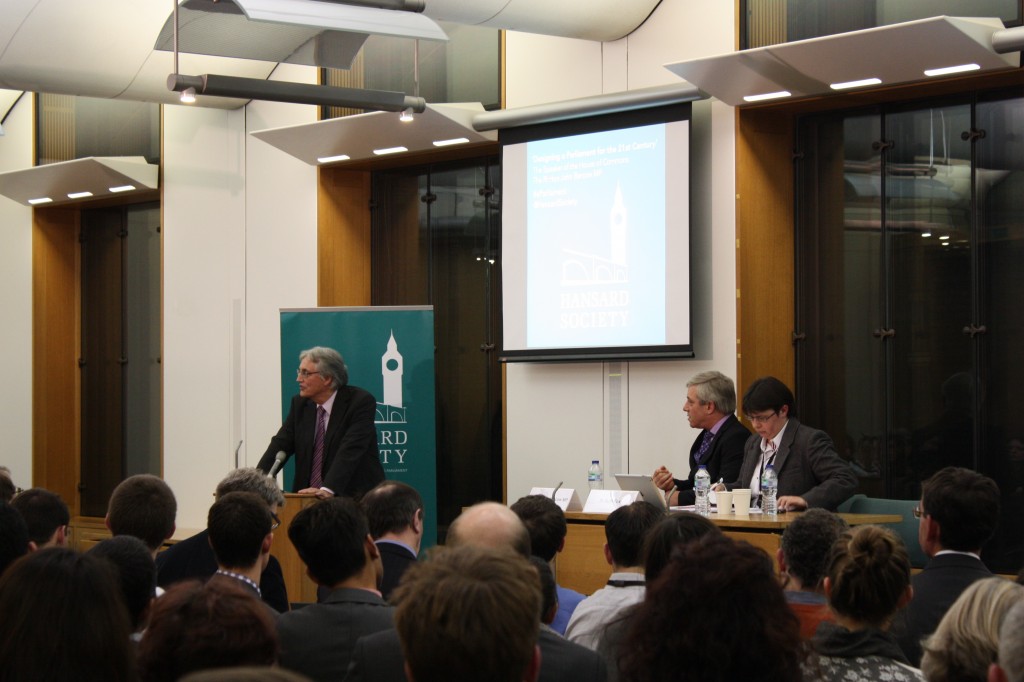