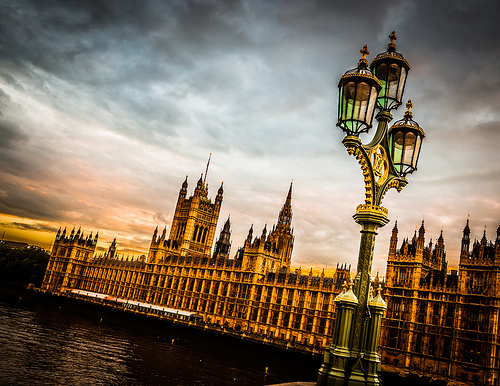 Parliament week, a great chance to educated people young and old about the importance of democracy and having a say. To start the week, we had a sitting of Youth Parliament, a really positive way of young people having a say on issues that matter to them. Asside from the educational aspect of the week, it is also a great chance for people to get involved in events that are being held to promote and empower the voice of constituents of many of our MPs.

Despite the fact that we may complain about the government a lot of the time, it is a chance to encourage young people especially to take part and join organisations such as the many youth councils round the UK. I may be a bit biased, being a member of two youth councils myself but for people who either want to get experience for going into politics or those who just want a voice, it’s a really good thing to do.

Additionally, it is a chance for the current MPs to tell their stories about how they got into politics and again, educate young people. It also, for me, makes it feel a lot better when you know that not all MPs have come from top universities and that some were actually inspired by previous generations. It gives the youth councillors of today the proof that if you work hard and have the inspiration to keep going, it can result in greater and greater positions for them.  If you would like to read more about this, why not check out Margot James’s blog for Parliament Week here on her inspiration.

Despite the fact that this week every year aims to engage as many people as possible, it is primarily aimed at young people, providing fun activities to show how they can have a voice in their local community and if they choose, further afield. It is always good to have experience that gives you a voice, given that it can really help no matter what industry you go into.

Parliament Week is also a chance for the coalition to get feedback on what they are doing. Whether they pay attention to any of it, I doubt it but there isn’t much I can do about that. This, however, is especially important for young people, given that they need the tools to get them a good life, the qualifications they need and a good job. Today, in the state the economy is in, that’s looking unlikely but government schemes such as Apprenticeships really help.

Overall, the best thing about Parliament Week is the encouragement and education it gives to young people that may be struggling to voice some of the issues that really matter to them. In some cases, it will allow young people to gain the skills and the tools to campaign on those issues. There is a lot going on and if I tried to cover it all, I might be here for hours. From workshops to talks in schools, it all makes a difference and may just give us the next generation of campaigners and leaders.

Unfortunately, Parliament Week is now over and it remains to see the difference it has made. Certainly, I have seen the evidence in some areas but it may be a while before we see the full impact of the events held. Nevertheless, it will be interesting to see what the situation and results are this time next year. I wish everyone involved in Parliament Week good luck and hope to see an impact sooner or later. It’s a great thing and not something that should just be ignored.

London’s Nightlife By Area – By DesignMyNight