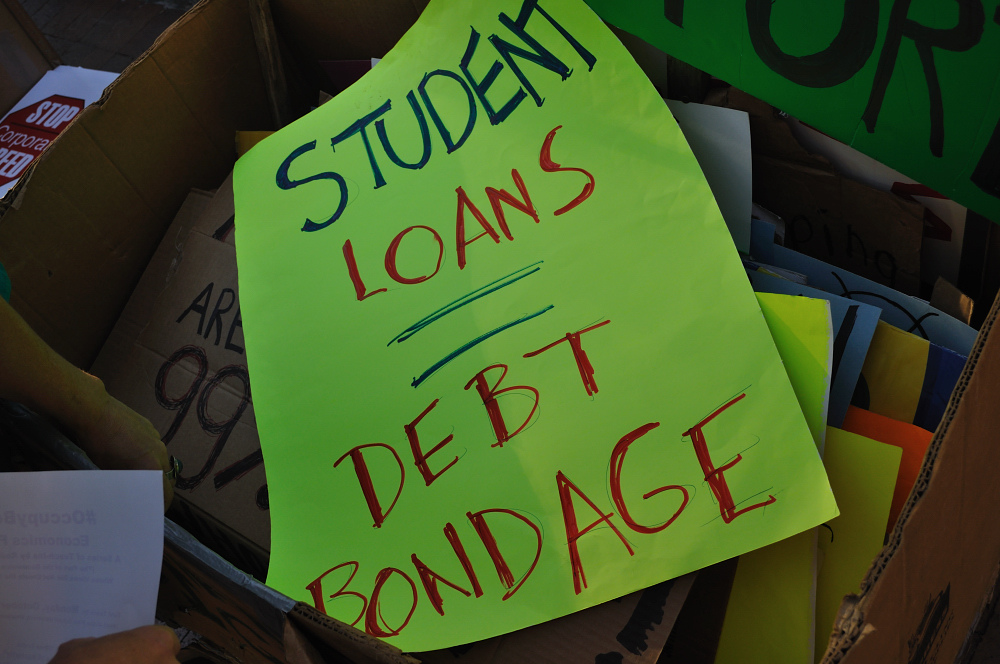 Why can’t we go back to a time when university was free? Are you aware of the regulations on taking out loans for university? Can you afford the costs of going to university?

They introduced student loans in 1990 to support students, initially for living costs but extended to include tuition fees from 2006. Since then, they have been regulating student loan repayments through The Student Loans Company (SLC) and HM Revenue & Customs (HMRC). The loans had become harder to repay as the years went on so in 1998, the government introduced income-contingent repayment loans. This is where the level of repayments is based on earnings, a regular amount is taken out of your bank once you have earned over a threshold. The loans previously issued between 1990 and 1998 are known as mortgage-style loans. Borrowers repay a fixed monthly amount over a fixed period to ensure the full amount is paid.

Last year, the government made changes to the loan repayment system. They have increased the annual university fee from £3,000 per year to as high as £6,000 with an upper tier of £9,000 per year. Almost triple the initial cost! (The August 2012 riots went underway due to this issue). BIS forecasts that these changes will increase the total value of outstanding loans from £46 billion in 2013 to approximately £200 billion by 2042. Although the costs are phenomenally high, in a way the government are relaxing the regulation in place to help students.

They have raised the earning threshold to £21,000 which enables students to still live a comfortable life in addition to paying back the money they borrowed.

They have increased the repayment period from 25 to 30 years, after which any remaining balance is written off, which means that after the 30 year period, if someone is still in debt, it will no longer need to be paid. A longer period can be seen as negative as it means students have 5 extra years of loan repayments; however it also means that a smaller amount will be given back each year therefore having a positive impact.

As already stated, one can argue that these new regulations are causing students to become forever in debt. Not only have students condemned the university rises but Labour leader Ed Miliband said: “I don’t think it is a reversal of policy, I think it is implementing a policy – we voted against the £9,000 tuition fee.”

There have been some strongly opinionated people who have voiced their arguments. On a BBC report a mother said “My children, although likely to get a good range of A*s at GCSE will simply be unable to afford to go to university. We struggle as it is to support the one already there. This government is not investing in the future of Brits. Universities will become full of wealthy overseas students and those from the very richest and very poorest in our society. Middle England is dying!”[1]

The government has tried to change its current loan repayment models to try and predict whether a person will be able to repay their loans. For example, BIS aims to improve forecasting by using more detailed information on borrowers’ earnings and lifestyle to project future earnings and repayments. Its current modelling does not include factors that can affect how quickly a borrower’s salary will rise.

The improved models have shown that there is a positive correlation between the subjects the person has studied, the university they attended and how much they shall earn and if their loan will be repaid or not. For example, universities like Cambridge have 100% employment rate, so companies like BIS will favour them with loan repayment, over another student who attends universities with low employment rate after their degree has finished.

The SLC, BIS and HMRC work together in a joined-up way, and have invested in improving collection processes. They have spent a total of £7 million in the year 2006 in improving processes. There is evidence that some initiatives have led to increased repayments and improved customer service.

However, the SLC, BIS and HMRC have lacked in strategy for improving collection performance. The SLC has begun to prioritise its initiatives, but has not yet carried out detailed cost–benefit analysis. Although the SLC is developing its strategy, we would have expected BIS, the SLC and HMRC to have had a strategy that they regularly refreshed to reflect the performance improvement they aimed to achieve annually.

In addition, BIS has not done enough to establish whether borrowers with no current employment record are earning enough to repay their loans. This is a fault on their behalf as they are not able to regulate the loan repayments therefore students are suffering with the increase in tuition fees. There are three issues regarding the SLC not having information on their current earnings.

1: While many of these borrowers may not be earning enough to repay, BIS and the SLC have carried out little analysis to confirm the numbers that might be expected in these categories.

Analysis of research conducted by other organisations indicates that some of these borrowers may be working overseas or in the hidden economy.

2. A past tax record means that HMRC should identify them if they become employed in the UK, which leads the SLC to categorise these borrowers as not earning enough to repay. But the SLC does not have evidence that they are not, for example, working overseas.

3. In March 2013, 157,000 borrowers had had no employment record for over a year. The SLC writes to these borrowers at least annually but takes limited further action to pursue them as it judges this would not be cost-effective.

Despite the faults these companies have, they are trying hard to regain all loan repayments, but their efforts are failing.

While the SLC tried to contact all borrowers with overdue repayments, BIS and the SLC decided not to pursue litigation for debts where they judged there would be a low likelihood of recovery. Consequently, some borrowers neither made repayments nor acknowledged their debt within a six-year period

Around 14,000 borrowers living overseas are currently behind in their loan repayments. While this group is small compared to the total number of borrowers, the SLC could learn more from other organisations that collect debt. For example, it could explore whether the following actions could improve efficiency: