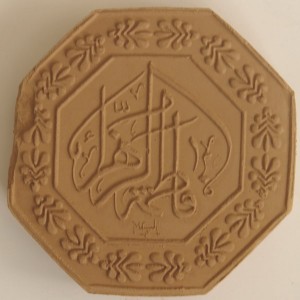 David Cameron is set to unveil plans for a £200m Islamic bond – called a sukuk – compliant with Sharia Law, in a bid to attract new money to London. This means that the UK will be the first non-Muslim country to issue an Islamic bond and the Treasury hopes to launch it as early as next year.

So what exactly is sukuk? Sukuk (plural) is Arabic for Islamic bonds structured in a way to generate returns to investors whilst avoiding any interest based transaction. A sukuk investor has a common share in the ownership of the assets linked to the investment although this does not represent a debt owed to the issuer of the bond. Where in  the case of conventional bonds the issuer has a contractual obligation to pay to bond holders, on certain specified dates, interest and principal. In contrast, under a sukuk structure the sukuk holders each hold an undivided beneficial ownership in the underlying assets.

Implementing Islamic finance in non-Muslim countries can be problematic as ultimately it needs to comply with the laws of the central bank: the Bank of England. This therefore begs the question: how compliant will this bond really be with Islamic Law? Interestingly, in early 2008 the Islamic bond market was particularly rattled when Sheikh Taqi Usmani, an eminent Pakistani Sharia scholar, said some structures went too far. Central to Islamic finance is the fact that money itself has no intrinsic value; it is simply a medium of exchange. Each unit is 100% equal in value to another unit of the same denomination and you are not allowed to make a profit by exchanging cash with another person. Some say, whether a product is dressed up in Arabic terminology, if it looks and feels like, for example, a mortgage, then it most probably is and to say anything else is semantics.

The British government’s Islamic bonds are likely to make use of property – buildings or land – as the asset into which the investments would go. Some Islamic scholars argue that it doesn’t really avoid interest payments. This is because fixed returns and a fixed repayment when the investment matures do look rather like a loan with interest. But there is a vigorous debate among Islamic scholars about exactly what is and is not acceptable, and the details of the British government’s bonds have not yet been settled.

So why is there an interest to introduce an Islamic bond now? The last Labour government laid much of the legal and practical groundwork. But plans to announce an Islamic debt programme in the Autumn Statement of 2008 were abruptly ended by the financial crisis that gripped the world after Lehman Brothers went bust. Despite others, such as Forbes, believing that the move has come a bit late and therefore will not make much of a difference; plans have still been revived by Cameron. He is certain that Islamic finance is a good opportunity for the UK’s financial services industry; where Islamic investments have soared by 150% in the past seven years and are expected to be worth £1.3 trillion next year “I don’t just want London to be a great capital of Islamic finance in the Western world, I want London to stand alongside Dubai as one of the great capitals of Islamic finance anywhere in the world”. Standard and Poor’s also estimates that 20% of banking customers would now spontaneously choose an Islamic financial product over a conventional one with a similar risk-return profile.

If the UK successfully issues Islamic bonds – which are structured to get around the religious prohibition against interest – it will reinforce London’s standing as the pre-eminent western centre for a fast-growing industry. Some like Lord Mayor of City of London don’t only think we should have this new bond but that “Islamic finance should be as British as fish and chips and the FA Cup Final”.

The Folly of the ‘Small Army’ Brigade. Should we retain a large Military?

The Folly of the 'Small Army' Brigade. Should we retain a large Military?