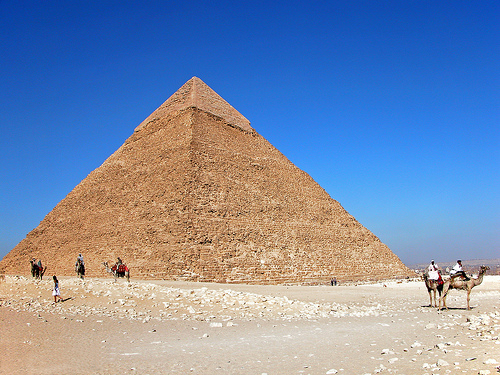 Sabres continue to rattle in Egypt ahead of next year’s fresh elections.  On this occasion the strife is regional, between Egypt and Turkey.  On 23rd November, the Turkish ambassador was sent back from Cairo.

The diplomatic incident comes amid worsening tensions between the two countries, and a holistic shift in Egypt’s international relations.

Egypt’s arms deal with Russia and China has taken more media attention recently.  Commonly thought to be a sign of an eastward shift of Egypt’s allegiances, these deals came shortly after souring relations with the US.

The US has been keen to show its distance to the Egyptian Military.  This has followed alleged human right’s abuses and the removal of the democratically elected Muslim Brotherhood in June.

Russia and China are enthusiastic about gaining influence over a region that, until the Arab Spring, was largely allied with US.  The US had close ties with most of the pre-Spring regimes.  Egypt received over $1bn in military funding from the US.

The recent development between Egypt and Turkey is one of the regions less well-publicised conflicts.

In Egypt Gamal Abdul Nasser, the leader of a rebel officer movement took control of the country in 1952.  Nasser instituted a range of reforms, promoting industrialisation and secularism.  Nasser was in part inspired by Mustafa Kemal Atatürk, a Turkish army officer who established his nation’s independence.  Atatürk also promoted industrialisation and secularism.  Their corrupt successors and growing Islamist movements challenged both strongmen’s achievements.  Whilst paving the way for modernisation, Nasser and Atatürk’s legacy is the current crisis.  The limitations of there reforms led to the power of the Islamists and the modern day protest movements.

Recently, both nations have experienced a power struggle between their pragmatic military, the entrenched Islamists, and beleaguered protestors.  Instability of the past few years have seen huge demonstrations, coups, and widespread violence.  Both have seen a strong Islamist growth, and ultimately Islamist governance.

In Egypt the military wrestled back power from the Islamists, through the “Tamarod” or “Rebellion” protest movement.  In Turkey many of the key military officials have been removed and put on trial.  This shrewd move of the Islamists came after years of military intervention in Turkish politics.  The military’s list of interventions includes multiple coups in republic’s history.

Turkey experienced its own civil strife in June this year.  Protests began over the redevelopment of Istanbul’s Taksim Park, something that now seems relatively trivial.  Protests spread with lightning speed.  Within days strikes had been called, there were rolling street battles, and much of Istanbul was under control of the protest movement.

However Islamist PM Erdoğan clung to power.  The police won a war of attrition with protestors.  The protestors were dislodged and marginalised, for now.

The rift between Egypt and Turkey represents the internal tensions of the region.  It also illustrates the ideological conflict and desire for ideological leadership in the Muslim world.  In short these governments loath each other because they represent differing perspective on the direction the region should take. Each government has shown they will defend their perspective with violence.

On one side are the Islamists, such as Morsi and Erdoğan.  These linked groups are powerful and determined.  They are also incredibly rich, with claims they have hands on capital worth billions of pounds.

On the other side is General Sisi, representing the military strongmen, nationalistic, secular, though men who have fluctuated ideologically.  These militaries see themselves as their nations guide.

In the middle are huge swathes of the Egyptian and Turkish populations.  Youth protestors and trade unions take the lead.  In Egypt many people got what they wanted with the removal of Morsi and the Islamists.  In Turkey, the June uprising was slowly beaten back.  In Turkey the military didn’t either lend their support or use the opportunity to reassert themselves.  In Egypt the military did.  Now they are in the saddle.  The Islamists languish in overcrowded jails, awaiting trumped up jail sentences.

What the diplomatic incident showed was that the conflict between the different forces in the region can emerge almost anywhere.  Previously, the conflict’s stage on Egyptian and Turkish streets and workplaces.  The tensions between the military, the Islamists, and the protestors could erupt anywhere.