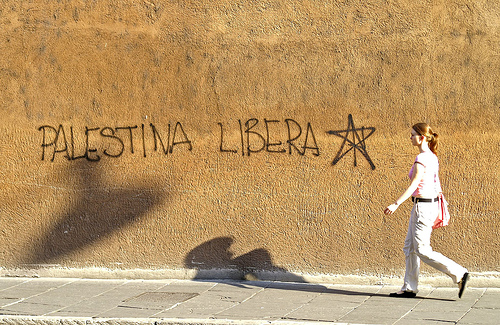 Last month it was reported how raw sewerage swamped the streets of Gaza after power was cut off at the one treatment plant in the Palestinian enclave. The plant ran out of fuel after an Egyptian crackdown on the smuggling tunnels that had been bringing in cheap fuel to Gaza. The shutdown of the Gazan plant resulted in sewerage spilling into the streets as manholes overflowed. It was so widespread that the residents of Gaza often had no choice but to wade through it. The only alternative fuel available for the plant was and remains the petrol imported from Israel. This is often unaffordable as it costs twice as much as the smuggled fuel. This episode was just the latest in a series of sewerage-related attacks on Palestinians. In this case, the attack was indirect but totally foreseeable. In other cases, Israel and Egypt have shown themselves prepared to use sewerage as a weapon directly.

Prior to his ousting in July, Egyptian President Mohamed Morsi had initiated a crackdown on the Egypt-Gaza tunnels. In doing so, he dashed the hopes of those who had hoped that he and the Muslim Brotherhood, a sister party of Hamas, would alleviate the suffering of the inhabitants of Gaza.  In Morsi’s assault on Gazans, he employed his predecessor Hosni Mubarak’s secret police and flooded the tunnels with raw sewerage. Shortly after, events elsewhere in Egypt conspired against Morsi and he was overthrown. The military coup and government that followed brought no relief to the Palestinians in Gaza. The new rulers of Egypt, keen to demonstrate how different they were to Morsi and the Muslim Brotherhood, continued the practise of destroying the tunnels unabated.

Egypt’s use of sewerage as a weapon is bad enough but Israeli use of it is truly despicable. In their punishment of Palestinians, they have used sewerage not only directly but literally as a weapon. For instance, in March of this year, Israeli forces used “water” cannons to spray Palestinian demonstrators and homes in the West Bank village of Nabi Saleh with manure. The powerful jet stream of foul liquid even broke the windows of some of the homes meaning homes were damaged both inside and out. Individual Palestinians, like the houses, were covered in manure. Israel meted out this brutal and degrading treatment to punish Palestinians who had dared to organise weekly, peaceful protests against Israel’s illegal separation wall built on occupied West Bank land.

So in what seems to be a coincidence, both Egypt and Israel have incorporated sewerage into their armouries. Both these countries are renowned for having advanced military hardware. Israel is especially proud of this and is often keen to show of its phosphorus bombs, F16 fighters and internationally banned cluster munitions by using them on unarmed Palestinians. With such advanced weaponry at their disposal, it is ironic that these two countries should choose something as crude as faecal matter to be the latest addition to their otherwise hi-tech and sophisticated armouries.

Israel and Egypt have long denied the suggestion that their treatment of Palestinians is draconian. They also strongly reject the comparison of the Gazan blockade to that of a medieval siege. However, when they start using manure in the manner described above, their behaviour does increasingly look like something from the Dark Ages. The catapult may have been replaced by a high-powered water cannon and the stone castle walls may now be a “security fence” but the cruel and degrading practise of covering people in human and animal waste is nothing else but medieval and barbaric.