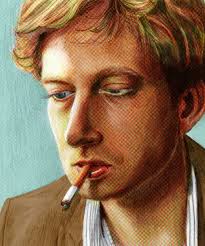 The universal declaration of rights says ”No one shall be subjected to arbitrary interference with his privacy, family, home or correspondence, nor to attacks upon his honor and reputation. Everyone has the right to the protection of the law against such interference or attacks.”

Barrett Brown is an American activist, author and freelance journalist who has been arrested by the FBI after multiple raids from them.

Brown, who has previously battled with heroin addiction, has been in federal custody since September last year. He was arrested after posting tweets and YouTube videos threatening an FBI agent who had been investigating him and whom he accused of harassing his mother.

He has written for various newspapers like the Guardian, Huffington Post, BusinessWeek and many others. He has talked, as a guest, on MSNBC, Fox News and Russia Today as well as appearing as an interviewee in three documentaries: We are legion, future radicals and terms and conditions may apply. He has also been working on books, with topics such as the failures of American media punditry.

He is the founder of Project PM, (a think-tank which researches and reports on matters do to with intelligence agencies) He has recently been misrepresented in the media as a “spokesperson for the hacktivist collective” known as anonymous.

After his arrest, He was subsequently denied bail and detained without charge and adequate medical treatment for over two weeks while in the custody of US Marshals.

On December 4, 2012 Barrett was indicted by a federal grand jury on twelve additional counts. Despite his lack of direct involvement in the operation and stated opposition to it, he faces these charges simply for allegedly pasting a hyperlink online.

On January 23rd, 2013 he was indicted a third time on two more counts, relating to the March 2012 FBI raid(s) on his apartment and his mother’s house.

Barrett has pleaded not guilty in all three cases. He is currently incarcerated while awaiting trial in Mansfield, Texas. At this critical time, with such a prominent Internet activist facing an extremely difficult legal battle and uncertain future

Karen Lancaster McCutchin (Barrett’s mother) told a federal court in Dallas “my better judgment was clouded by my maternal instinct”. The argument appeared to resonate with the judge, Paul Stickney, who said: “I feel for you, as a parent … I know you did the best you could.”

His mother pleaded guilty earlier this year to obstructing the execution of a search warrant, prosecutors alleging that she hid two laptops belonging to her son, in a kitchen cabinet. She was also fined $1,000. His mother has faced a maximum sentence of 12 months in prison and a $100,000 fine.

Some say he is facing injustice as the charges against Brown together carry a potential prison sentence of more than 100 years. By contrast, Jeremy Hammond, the hacktivist who released emails from the global intelligence company Stratfor, is facing up to 10 years in prison.

There are many online petitions online forcing his release. freebarrettbrown.org are among one of them. So what do you say about all of this? Is it right for the FBI to have done what they did? Should we be following the universal declaration? After all we did write it..

I beg your pardon? A Poem about Alan Turing’s Pardon

A-Level student who hopes to pursue a career in Geography or even Journalism. Has a passion for politics and helping those facing injustice through the use of words and the media

I beg your pardon? A Poem about Alan Turing's Pardon