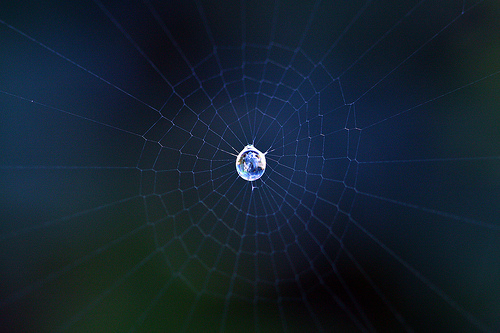 The disgraced US National Security Agency has, according to the Washington Post, been developing a quantum computer that could render most existing forms of encryption useless. Quantum computers utilize the same atoms within transistors to conduct several calculations simultaneously (which can hugely enhance processing speeds and powers) and could easily outstrip conventional computers accordingly. However, the NSA has thus far failed to produce a working model, despite investment that could run into the hundreds of millions. Indeed, it appears that the NSA has made few advances beyond the theoretical understanding of quantum computing developed by European and American scientists.

John Kerry, the US Secretary of State, has promised American ‘support’- but not military intervention- to the Iraqi government after militants captured the city Fallujah. It is understood that an alliance of Isis, a terrorist group linked to Al-Qaeda, and sympathetic tribal leaders has driven Iraqi authorities out of the city completely. The move is the latest in a string of attacks by Sunni militants who allege that the Shi’a-controlled government has been marginalizing them along cultural lines. Observers hope that the conflict can be mitigated by the Iraqis as, to quote John Kerry, “this is [Iraq’s] fight”.

In a concession to increasingly vocal and numerous opponents, the Russian President has repealed an outright ban on public gatherings instituted in Sochi ahead of the Winter Olympics to be hosted by the city over the next three months. Instead, protests and public gatherings will be permitted in the city provided that organisers seek permission from municipal authorities and the FSB (the successor to the Soviet KGB); protests are subject to intensive policing and surveillance by drones; and strict geographical limits are observed. Protesters failing to respect these severe restrictions will continue to face long prison sentences and brutal police violence.

In what some are terming a “guarded apology”, a group of 70 newly-released convicts from the Basque separatist group Eta have issued a statement in which they “accepted full responsibility for the consequences of the conflict”. The news marks further progress from Eta’s abandonment of armed conflict against Spain in 2011. However, the Spanish government is acutely aware that the 800 casualties of Eta’s “struggle” are a political barrier to any concessions to Eta: so much so that it has reiterated its demand for the absolute and unconditional dissolution of the group. Given that Eta has also demanded a universal amnesty on all remaining convicted Eta members, neither side is likely to get its wish.

Peace talks between the elected government of South Sudan, led by President Salva Kiir and rebels who support his former deputy Riek Machar, have commenced in the Ethiopian capital, Addis Ababa. The ceasefire agreed as a prerequisite to the talks was widely (but not universally) observed as of Sunday morning, though delegates to the talks will be under time pressure given suspicion that both sides are using the ceasefire to prepare new attacks. Also, the dispute has been complicated by the rapid development of the conflict from a political one, instigated by Machar with his failed coup last month, into an ethnic one. The international community has been disturbed by claims that mass graves have been uncovered, suggesting incidents of genocide.

Police officers shot at a crowd of striking clothing producers in Cambodia’s capital, Phnom Penh, on Friday, killing three and injuring dozens. This has further escalated strikes in which workers in the key industry of clothing manufacturing have walked out, demanding a minimum wage of $97 a month- far above the government’s offer of $60. It is understood that Cambodian authorities are eager to avoid the unionization and radicalization of workers for fear of loosening their political control and of provoking an exodus of the exploitative factory owners who plague the developing world.