Democracy and the Corporation: Event Invitation 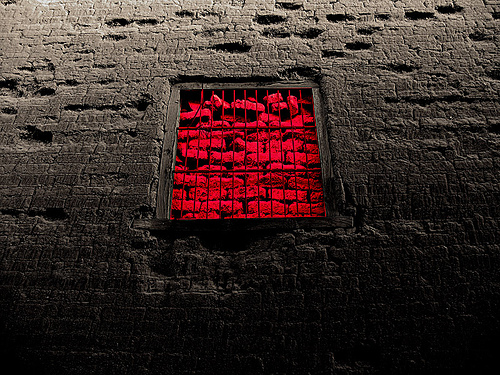 Dear readers of Shout Out UK,

How can one speak of democracy when those with the most influence cannot be touched at the ballot box? It seems that democracy thrives when there are real opportunities for the mass of ordinary people to meaningfully participate in politics, although recently this does not appear to be the case.

Many would argue that it is no coincidence that democracy has seemingly failed, or gone horribly wrong somewhere, whilst the influence of business and finance in political and monetary affairs has increased.

Some have even described Britain as a “plutocracy” where a ‘select elite’ of businessman, shareholders and managers make all the key economic decisions.

Right now democracy is facing a multitude of threats from big business in the forms of the Transatlantic Trade and Investment Partnership, corporate lobbying, a minefield of issues surrounding party funding, and the ‘revolving door’ between positions of power and employment under those with vested interests.

On the 27th of January, next Monday, Shout Out UK and Democracy Matters are jointly hosting an event at Parliament to discuss the present state of democracy. We want to talk not just about what is currently happening but what action can be taken to enhance and enforce democracy in the face of corporate influence. Joining us will be a panel of five expert speakers:

Professor Paddy Ireland – Professor of Law at the University of Bristol, Paddy Ireland specialises on the relationship between neoliberalism and the law, and has written extensively on the subject of corporate responsibility or lack thereof.

Dave Dewhurst – A veteran member of Occupy London Dave is part of the Economics Working Group, considering more productive and equitable modes of economic organisation and ways of working towards them.

Peter Tatchell – Best known for his uncompromising campaigning for LGBT rights and his two attempts to perform a citizen’s arrest on Robert Mugabe, has also written and campaigned passionately about democracy, social justice, and banking reform and concluded that Britain is an economic dictatorship.

But who we really want to hear from is you. After we have heard from our speakers we want to spend just as much time hearing questions and opinions from the floor.

We want debate. We want your suggestions as to how things can be done better. Do you think democracy has gone astray? If so, how do you think it can be got back on track?

That we are able to hold this event in Parliament presents a special opportunity for us who care about this issue to show up at the place where the decisions are made and show that we are serious about, and to get on with, having debate and conversation about these problems – that we are serious in our concerns about the present state of democracy.

The event will be held between 6 and 8pm in Committee Room 16 of the House of Commons. Please arrive half an hour in advance to allow time for going through security. Any update will be posted to the event’s facebook page – https://www.facebook.com/events/502413169873694/?fref=ts.

We hope to see you on Monday!

Democracy and the Corporation