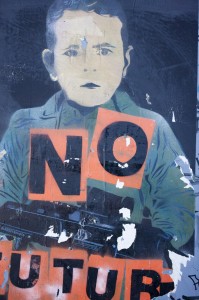 It would be surprising if anyone has missed the show, or at least the surrounding controversy, of Channel Four’s ‘Benefits Street’. Almost seven million tuned into to watch the first of the five part series, which has sparked a flurry of debate amongst politicians and the public alike, with over 1,000 complaints in less than a week and a petition, signed by approximately 20,000 people, for the show to be taken off air.

To many, it has a been a very distasteful and misrepresentative example of those struggling to make ends meet on unemployment benefits, presenting an image of the unemployed as work shy and benefit dependent, views shared by the residents of James Turner Street, where the programme was filmed. Critics have deemed it to be another example of Channel Four broadcasting ‘poverty porn’ with its purpose serving to demonise the poor, and inciting hatred and distain for those who are benefit dependent.  Labour MP Anne Pegg has also criticised the programme for similar reasons.  For others, it represents a need for change for those who have become benefit dependent as a result of a welfare system that serves to decommodify citizens to unprecedented, unnecessary and unjustified levels.

It is the idea that people are able to live and sustain adequate lifestyles without active participation in the labour market, which is something the welfare state makes possible. As much as this is a mandatory requirement of the welfare state, with many being unable to work, there is heated dispute, as to how far this safety net should extend to those who are deemed capable of work, but, for a variety of reasons, do not. Iain Duncan Smith has declared the show to justify his welfare reforms to end these ‘welfare abuses’. This is a view echoed by others in the parliament, such as Conservative backbencher Simon Hart, who has declared there to be a road like Benefits Street ‘in every constituency’ and that something needs to be done.

For me, I felt the show gave me more questions than answers about those on benefits. I questioned why there was no focus at all on those who are employed, yet still dependent on benefits due to low wages, despite the supposed efforts from the government to make work pay. I questioned why, in many cases, is more financially beneficial to claim benefits than seek employment. I also questioned the role of broadcasters, with, as strangely entertaining as the show appears to be with the high number of viewers, I ask, should broadcasters take some responsibility to educate the public on the broader realities of poverty, rather than produce sensationalist shows that they know will draw the most attention?

One positive that did come from the show, in my opinion, was its demonstration of the hardships of Romanian immigrants struggling for survival and coming to England on the promise of low paid, but regular, work to help their impoverished families back in Romanian. Often Eastern European immigrants, especially in recent times, suffer from stigmas of exploiting the welfare state, being work shy and coming to Britain with aspirations of becoming long term benefit claimants. The show did well to bring to light the extent of the poverty, discrimination and exploitation many of these immigrants face on arrival to Britain at the hands of their employers and British citizens. The racism faced by their neighbours and being witness to their accounts of being subjected to gang violence at the prospects of leaving slave labour jobs or finding shelter on the city streets made very difficult viewing. What made it harder to comprehend, and most admirable, was the maintained hope they had amidst their struggle and desperation.

Now, as much as I am not aware how far this is a representative example of the Romanian, and other Eastern European immigrants, coming to Britain in search for work, I feel this is one of the best things to have emerged from the programme. It is easy to discriminate against those we do not understand, however it is even easier, and more enriching, to take the initiative to try to learn and understand the hardships and struggles of these people. We pride our capital city as being a centre of acceptance and diversity, as seen in the Opening Ceremony of the 2012 Olympics, but shun it when the people crying out for inclusivity are our own neighbours. Surely if one good thing has come out of the show, it should be the revelations of the harsh realities faced by these minorities being bought to light, moving away from some of the stereotypes that demonise these groups on a daily basis.

Legal aid cuts – is there any justice?