Legal aid cuts – is there any justice? 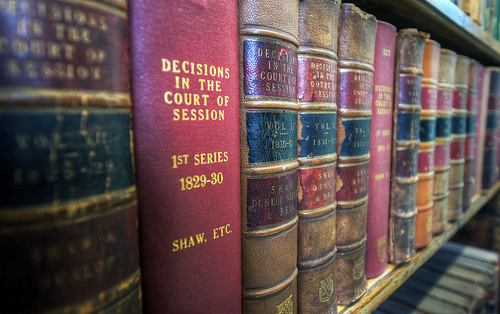 For the first time in the history of the profession, which dates back to the 15th Century, barristers abandoned the courtrooms and took to the streets in protest, in response to government cuts to legal aid. The delayed and rescheduled cases as a result of the half-day strike have been estimated to cost at least £850,000.  With these strikes being so costly, I feel it is only right to ask why barristers felt the need to take such drastic action by researching what these changes really mean for those who depend on legal aid to seek justice. Also, how do they affect the lawyers who earn their livings through state funded legal aid?

It is probably best to start with detailing what changes the government has made. The government has declared plans to cut legal aid spending by approximately £220 million from the current £2 billion budget by 2018/19. The Ministry of Justice, insists that regardless of the cuts, the budget remains “very generous” with Britain having “one of the most expensive legal aid systems in the world”. Grayling, the Justice Secretary has also defended the measures, stating that barristers are incredibly well paid, with more that 1,200 of them working full time on tax payer funded cases and earning £100,000 in fees at the expense of the tax payer, and thus, the cuts should not be too detrimental to their pay. In addition, Grayling accuses barristers to be scaremongering the public, with the efficiency and effectiveness of the judicial system remaining safeguarded despite the cuts.

However, there are, at least, two sides to every story and despite these claims by the government justifying the reforms fairly adequately, it is important to seek out why such drastic action was taken if this was truly the case.

Those opposed to the changes, led by Nigel Lithman, chair of the Criminal Bar Association who organised the strike, argue the government and Grayling’s figures and arguments to be incredibly misleading. One reason for which are the ‘manipulation’ of the earning figures of barristers at the hands of Grayling. Lithman argues Grayling has taken these figures out of context and fails to make necessary deductions from these figures such as the cost of being unemployed and the taxes paid by barristers. Lithman and those opposed argue that even before these newly proposed changes, the wages received by barristers was very low when taking into consideration these expenses, the amount of qualifications needed to practice as well as the demanding nature of the job. On average, they present earnings to be between £27-37,000 per year, a figure they define as modest.

They also use comparative figures to justify the idea that these wages are inadequate for the work they do with most state funded criminal bar lawyers’ net earnings equating to £35-40 per hour, which is less than teachers or doctors receive. In regards to juniors, they explain the financial position of them to be even more ridiculous with some receiving an annual income of as little as £10,000, less than full time work minimum wage. In addition, with the current stresses put on the justice system as a result of cuts from previous governments squeezing the legal aid budget by 40%, and Coalition cuts prior to this hitting citizen advice bureaus and other areas, Lithman and others opposed to the cuts believe these changes could jeopardise the justice system with the guilty going unpunished and the innocent being wrongly convicted.

Moving away from the piggy banks of barristers, with these cuts not only hitting their paycheques, the reform will also have a big impact on those who are dependent on legal aid to ensure they have a fair trial before the courts. With the changes seeking to cut this massively, it does beg the question whether the changes will make justice and the guarantee of a fair trial a luxury reserved for the rich. Moreover, I do wonder whether it will drive and current and potential talent away from the profession, with these cuts making the job, financially, less worthwhile.

So what will be the outcome of these changes? Will justice be a luxury reserved for the rich with poorer members of society having to settle for second-class lawyers? Will barristers be left penniless? Only time will tell

Will Life Improve for India’s Dalits?