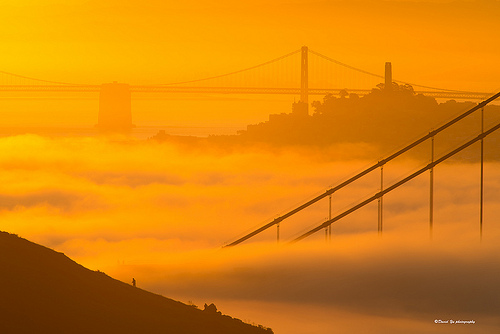 Some 300,000 people are without a safe water supply and 737 are in hospital with suspected poisoning after Freedom Industries, a specialist chemicals manufacturer, leaked 19,000 litres of a toxic chemical into the Elk River. It appears that Freedom Industries were aware of the leakage for some time before authorities discovered it, but failed to act to either contain the leak or inform the state. It is as yet unclear why Freedom Industries allowed the highly toxic 4-methylcyclohexane methanol compound to continue to pollute the water supply. Pressure on the firm will be compounded by the shortage of bottled water that is sweeping West Virginia whilst tap water remains unsafe.

The British property tycoon Fergus Wilson risked public anger last week as it emerged that he had evicted 200 out of his 1,000 tenants on the sole grounds that they receive state subsidy for their rent. In an interview with Channel 4 News, Wilson said that tenants on Housing Benefit are more likely to fall into rent arrears, so he wanted to replace them with migrants from Eastern Europe, who he claimed are “a good category of tenant who don’t default on their rent.” He later added: “I feel sorry for battered wives who have come to us because we’re very much consigning them to go back to their husbands to be beaten up again.” Mr Wilson’s sympathy will no doubt be of great comfort to the families he has rendered homeless.

Venezuelan minister gets tough on corruption

Venezuela’s home affairs minister has given his personal mobile telephone number out in a television interview, with a plea for police officers to contact him to report allegations of corruption. This marks the latest of a series of eye-catching initiatives aimed at promoting professionalism and trust in Venezuela’s public services, which are particularly prone to exploitation by officials even when compared to the rest of South America, which has suffered from chronic corruption since colonisation in the 16th century. Venezuelan authorities are keen to tackle this culture, which has hindered the otherwise promising model of ‘Bolivarian socialism’ pioneered by the Chavez administration.

An unidentified gunman has injured 7 people firing indiscriminately into a crowd of anti-government demonstrators in Bangkok. There were no casualties. It remains unclear if this was officially sanctioned by the government or the army, but it is thought to have contributed to the Opposition’s decision to attempt to “shut down” the Thai capital on Monday. However, opposition leaders are publicly seeking to calm their supporters, saying that they do not seek a “civil war”- though they are explicitly committed to the overthrow of the existing government, and are boycotting the election that is due in February. However, the government will be reassured by the army’s assurance that it would not attempt a military coup, after generals were slow to give such assurances previously.

al-Shabab bans the Internet in Somalia

Militants linked to al-Qaeda have instructed telecommunications companies in the parts of Somalia under their control to shut down all Internet services within 15 days. According to al-Shabab, failure to comply with their demands to sever web connections to the 1.2% of the population with Internet access would constitute “working with the enemy”, and those doing so would be punished as traitors (i.e. severely). The reasoning behind the move is not difficult to guess: al-Shabab wants to eliminate freedom of speech and the adoption of “Western” lifestyles, of which the Internet is now a large part.

A permit to hunt and murder one black rhino in a reserve in Namibia was auctioned in Dallas for an undisclosed sum last week, despite a large protest outside the auction and an 80,000 strong e-petition calling for the cancellation of the sale. The Dallas Safari Club, which organised the auction, insists that the sale of three such permits per year by the Namibian government actually aids conservation, by raising funds for conservation measures, and having hunters murder aged male rhinos, which do not breed and are liable to injure or kill their younger male counterparts. The argument has not convinced many outside of the hunting community, however.

The Failure of British Democracy

The Failure of British Democracy