“P.H.D (PULL HIM DOWN)” POLITICS IN AFRICA 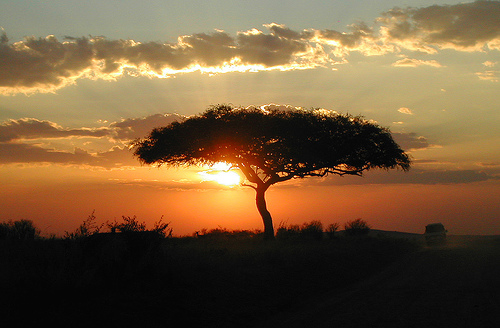 In 1957, Ghana became the first European colony in Africa to gain independence from their colonial masters (Britain) and this lead to the total liberation of other colonies except some French colonies which agreed to the policy of assimilation. Believing politics was a good system to adapt and manage the African economies just after independence; emerging leaders embraced it in good faith not taking into consideration proactive measures that may be used to resolve negative impact that will occur in the future as a result of using this government system.

The question that the African Youth is asking is that: can the center hold even though things are falling apart? Or can Africa achieve it dream of uniting it’s nations under one umbrella, given consideration to the rising of many political wars and instabilities in modern Africa? To make mention a few: La Cote d’Ivoire political war between Ex President Alassane Quattara and President Gbagbo 2008 Election, current 2012-2013 Egyptian protest against President Mohamed Morsi, and the overthrow and killing of Muhammad Ghadafi in Libya.

Because Democracy is an alien rule to Africans, the African has found it a bit compelling to fully understand the usefulness of the system and its application. The attempt to implement democracy in Africa has largely had great impact on the African youth and the coming generations. The older generation in Africa now is focused on issues concerning good living for the few years left to die but has turned deaf ear to the real matters that can help bring about the good living they are “praying” for. The African Youth has now got a big responsibility to come up with new ideas and strategies that can help achieve the ultimate aims of the Organization of African Unity (O.A.U) or African Union (A.U).

Ethnicity and tribalism are some of the major factors that are challenging the competence of modern African leaders. In some political parties in Africa, Flag Bearers or party leaders are elected or selected by virtue of belonging to a particular tribe line. This has made way for some political parties to produce a cycle of “able but incompetent leaders” to govern a country of over 60 Ethnic groups failing to posit and provide the real needs of the citizens. Upon observation, the four years of office is spent solving issues against oppositions or implementation of counter strategies rather than national development.
We can clearly deduce from recent wars and riots in Africa that Religion is a major part of the reason why politics and leadership is not growing as expected looking again in the case of the Egyptian protest. The people are no more able to cope with some of the decision of the leaders, therefore evoking minute conflict which can one day turn into a bigger flame than cannot be quenched easily.

There is still a possibility of massive unpredictable number of war outbreaks in the years coming if the economies are still in this position. The prices of petroleum are still rising, inflation is also rising, and salaries are fixed not to even talk of increase in transport fairs and food. Countries like Nigeria, Libya and other oil mining region in Africa are possible spot for uprisings because logically one cannot produce cloths and wear a tattered one.

The above and other factors maybe the reason why the youth in Africa has got different image and perception about politics in Africa and have created a doubt in the youth that, the system can survive the economies in Africa.

The youth in Africa has now exhibited a spirit for national development and better living standards. Every youth is making use of the right to education except the very poor families who finds it difficult to even find shelter. On the average more than a half of the youth population has had some level of education; on the other hand the aged population is less educated and has affected their ability of decision making.

It high time the Government leaders start investing in the youth today so that it can be beneficial to the nations. President Barrack Obama recently introduced Young African leaders’ initiative (YALI) as part of his plan to strengthen the partnership between United States of America and Africa. Political Leaders must learn from this example and support initiatives of this nature and as well come out with programs to help the African youth in entrepreneurship.

The African Youth in entrepreneurship and leadership must be part of the major concerns of the various African Countries when making Policies and tactical decisions. Early freedom fighters like Osagyefo Dr Kwame Nkrumah, Nelson Mandela, Marcus Mossiah and others worked towards achieving of African unity, which should have been the obligation of the young African to come together for a good cause of association and organization.

Indeed things have really fallen apart in African but it is being mended, international business men are now focused on Africa. The 21st century and beyond is the time for Africa to develop and rule.

Woman sentenced to gang rape by Kangaroo Court in India