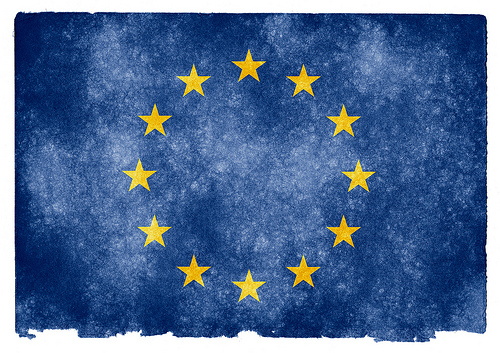 In a move that attracted surprisingly little attention, the EU has published modest greenhouse gas reduction and renewable energy targets for 2030 that will be binding on the bloc as a whole, not individual member states. The European Union will commit itself to generating 27% of its energy from renewable sources and reduce emissions by 40% compared to 1990 levels. Green campaigners have warned that global greenhouse gas emissions must fall by 75-90% in that time to avoid runaway climate change. Unfortunately, it appears that even the 40% target will be difficult to meet given that member states, who have the greatest control over emissions, will not be subject to their own targets.

Chinese authorities have imprisoned a prominent children’s rights campaigner, Xu Zhiyong, for four years for the crime of “gathering crowds to disrupt public order”- i.e. organising a protest. It is understood that Zhiyong was targeted by authorities due to his rise to prominence in social media and underground opposition groups. As the Chinese government tightens its control over the media and political thought within its borders, the emerging New Citizens Movement is suffering the consequences of become the closest thing to a (loosely) organised ‘opposition’ group to the dictatorship. Consequently, few were surprised when seven other New Citizens Movement activists were charged with similar crimes to Zhiyong.

Bernard Randall, a British national from Kent, is set to be deported from Uganda after he was charged with sex crimes following the publication of images stolen from his laptop in the Red Pepper newspaper. The images were taken by Randall of himself and his partner in Morocco, but ownership of images depicting homosexual acts are illegal is Uganda, which has become notorious for its viscously anti-gay legislation. Fortunately for Randall, his magistrate ordered that charges against him were dropped and that he be deported as his visa was about to expire. However, the two matters were evidently linked in the eyes of the courts: when the ruling was passed, Randall was told “In Uganda we love you, but we don’t love the acts of homosexuals. I’ve told you time and time again that God loves you.”

Tom Perkins, the super-wealthy founder of a Silicon Valley venture fund, shocked the world with a letter to the Wall Street Journal in which he likened the aims of the Occupy movement to that of the Nazis towards Jews. He claimed that supposed near-universal hatred of the “successful one percent” in the United States was “a very dangerous drift in our American thinking.” Others have been quick to condemn Perkins’ comments, which are considered to be particularly inappropriate within days of International Holocaust Remembrance day. It does seem odd that Perkins sees a comparison between a peaceful and short-lived protest and the brutal murder of thousands of people.

Australia Day is a holiday that, for most Australians, marks the discovery of their (very large) island by Captain Cook and thus the birth of modern Australia. However, others consider it to be a celebration of the European invasion of Aborigine land without justification or negotiation. Despite recent advances in co-operation and treatment of the Aborigines, many feel that they are still subject to grave injustices due to the settlement of European descendants. This is evidently how protestors felt when they spray-painted the messages including “26th Jan Australia’s shame” on the walls of Captain Cook’s house, now a museum sited in Melbourne. City authorities were unmoved by the protest, and began repairs on Friday.

Mayor: there are no gay people in Sochi

The Mayor of Sochi, the Russian city which is to host the Winter Games in a few weeks, earned himself ridicule with his assertion that “We do not have them [gay people] in our city”. The comment was made in an interview given the BBC’s Panorama programme. It follows another claim that is perhaps equally absurd: that gay people did not have to hide their sexualities in Sochi anyway. One political opponent dryly remarked: “As far as I know there are several gay clubs in Sochi. How do they survive? Why they are not bankrupt?”