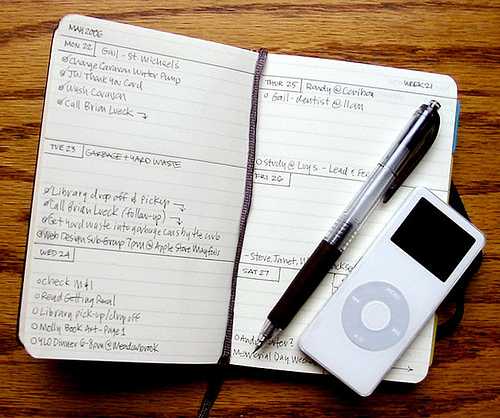 In technology Apple is the king and it looks like no other companies are going to overthrow it any time soon. So this week with reports of sales of Apple’s iconic iPod heavily dipping would Apple really care if the once must buy item faded to nothing? Or will we miss having an iPod?

Launched in 2001 as the product that offers “1000 songs in your pocket” the iPod quickly became the must have gadget. If you had white earphones then you were probably like everyone else who had the music player. Growing up as a teenager during the “everyone owns an iPod” era it was impossible not to have one if you had the usual mp3 player then you were considered poor and worthless. I got my first iPod, a silver iPod nano, in 2006 and during school it was a constant switch of iPod’s to see who had the best music, you’d think the white headphones were permanently stuck to me. Maybe it’s a generation thing but everyone else was the same. If your Apple headphones broke you’d buy white ones just so everyone still knew you had an iPod.

So after reading that iPod’s sales have went  down from 12 million to 6 million  in the year ago quarter and even though I haven’t listened to my iPod for about two years it still made me sad and  amazed that technology is advancing so much we don’t want an iPod anymore. Except we do and anyone who owns an iPhone still has an iPod just on their smartphone so it’s no surprise that we’re experiencing the beginning of the end for the iPod. Now whenever I see someone with an iPod I assume they don’t have a smart phone and to be honest, just like how I thought with the iPod eight years ago, who doesn’t have a smart phone? Like me you probably don’t use the iPod section and you probably spend a monthly fee on digital music services such as Spotify. Spotify is the reason I don’t use my iPod anymore, I don’t need to when I’ve got Spotify on my smart phone.

With regards to just about everything else technology wise Apple are probably the market leader, Apple recently published their Q1 2014 results and as expected they’re ridiculous. They’ve set an all time quarterly iPhone sales record of 51 million units sold up from 47.8 million units in the year ago quarter. The iPad also broke the record hitting 26 million compared to 22.9 million. Even the Apple Mac sold 4.8 million compared to 4.1 million the year ago quarter. While 6 million is still a respectable amount of units sold they’re not very Apple like figures and they are expected to decline even further come the Q2 2014 results in March.

So with sales down 52% how long till the iPod is definitely a thing of the past? Well probably sooner rather than later As already mentioned iPod’s are available on iPhone’s and iPad’s and while we’re on our macs we’re probably listening to our music through iTunes right? Or are you like me and listening through Spotify? The model iPod just like the mp3 player 8 years ago is worthless  now. If our beloved iPod’s break are we really going to go out and buy a new one? Probably not we’ll just settle for having one less thing to listen to our music, which we obviously bought off iTunes and definitely not a pirate website.

Apple don’t seem to care much about the demise of the iconic iPod. “I think all of us have known for some time that iPod is a declining business” said Apple boss Tim Cook and why would he care? Those who have bought an iPod in the past are now the proud owners of an iPhone, iPad or Mac. Apple probably haven’t cared about the iPod since 2007 when the iPhone was launched and Steve Jobs said it was “the best iPod we’ve ever made”. That was probably the start of the end of the iPod, if your sales are constantly growing like they were in 2007 why would you develop the iPhone with the iPod already on it? Apple knew what they were doing and what was going to happen and they don’t care because just like us they don’t need an iPod anymore.

When the iPod eventually leaves u forever, those who grew up with an iPod will be constantly stuck to us will probably be a bit sad while we read all about it on our iPhones or iPads. But we won’t miss having an iPod after all do you really miss listening to your once beloved tape and CD player?