Middle East and North African nations have just reached a milestone: it is three years since the Arab Spring toppled its first regime. 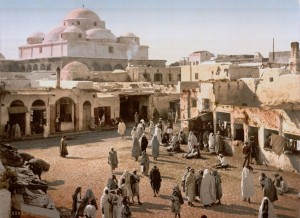 Three years later the nation that gave birth to the Arab Spring is, slowly but surely, consolidating democratic rule.

On 14th December 2013, Tunisia, a historic accord was made regarding the country’s democratic transition.  The governing Islamists, Ennahda, and the secular opposition movement, the National Salvation Front, have decided upon a new Prime Minister, diffusing a long political deadlock.

Mehdi Jomaa, an engineer by profession, replaced the Islamist leader Ali Laarayedh on 9th January 2014.  The political transition is historic in that it bucks the trend of contentious politics in the Middle East.

In Egypt, the Islamists were removed by military coup, followed by mass repression and violence.  In Libya, legislative arguments frequently escalate into pitched street battles between rival militias.  Only in October, one such militia kidnapped the Libyan Prime Minister Ali Zeidan.  In Syria, there seems no end to the violence.

However in Tunisia the story is different.  Tunisia has the same tensions between Islamism and Secularism.  It has the same youth and worker protest movements.  Tunisians, like their regional counterparts have seen violence.  Earlier in 2013, suspected Islamists assassinated two leftist politicians.  Tensions have been high, with regular street protests.  However Tunisia’s future is brighter.

What makes Tunisia‘s case distinct is how the Tunisian people as a whole redress their divisions.  Peaceful and constitutional methods take precedent.  Opposition and Government came together.  Despite the lengthy difficult nature of the negotiations, they came to an agreement.  A transitional government has been set, and the new Prime Minister, Mehdi Joma stepped forward.  Fresh elections will be held later in 2014.

Given what a revolution is: a huge political transition in which much of the ruling elite is replaced by an opposition inexperienced in governance, it is unsurprising that the Arab Spring has not created perfectly functioning states. Tunisia has proven itself to be exceptional.

Stability and tolerance have been consistent features of Tunisian history.  The country to this day has a large Jewish population.  Women’s rights have been better protected then in neighboring countries.  Even Ennahda, the powerful Islamist party, realises the importance of secularism and tolerance. The party puts a lot of time and money into moderating their image.

However the Islamists ought not be given credit for Tunisia’s success and relative stability.  Even though they agreed to relinquish power (unlike their Egyptian counterparts-the Muslim Brotherhood), they are not the midwife of this stability.

The UGTT is not without is faults, there is a lot of corruption and the union colluded with the old regime.  But nonetheless, the UGTT has held it’s ground and stood up to oppression.  It did so against the colonial French, and against each Tunisian dictator to date.

In the recent unrest and civil disobedience against the Islamists government, the UGTT played a key role in mobilising protestors.  But the highest praise comes from their peace-keeping efforts.  They have played a mediating role and helped ensure protests remained peaceful.

The careful, peaceful, and determined public pressure to remove the Islamist government is a testament to the UGTT’s role in Tunisian society.  No such movement exists in any other Arab country with the UGTT’s deep roots, organisational capabilities, and commitment to democracy and tolerance.

The case of Tunisia, a country that stands out because of its peaceful political system, one that upholds the rule of law, tells us something important.  It tells us that the key factor in assuring progressive political change is a strong, healthy, and well-organised civil society.  The UGTT has fermented strong civil society and will leave a proud legacy to the country it has always served.