If he fails, he fails but what if he succeeds? 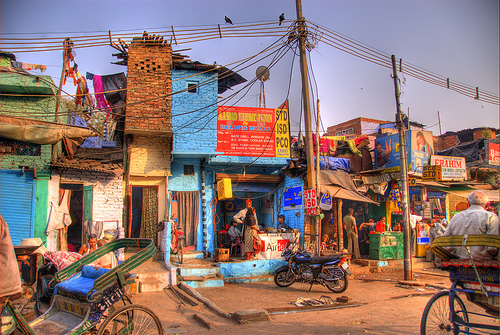 Recently, the Delhi elections took an unexpected and surprising turn when the a relatively fresh and promising party, the AAM AADMI PARTY, popularly known as AAP, (Common man’s party) led by Arvind Kejriwal won a lot of votes and seats in Delhi resulting in Kejriwal succeeding Sheila Dixit as the Chief Minister of Delhi. Over the years there has been a very strong current amongst the middle class and the youth against the nasty politics in India. Corruption, sluggishness, dishonestly, exploitation are some words which are almost synonymous to various political figures, parties and the police. It is a known fact that a sincere, uncorrupt politician does not exist and that everything political parties do is mere propaganda and that NO ACTION EVER FOLLOWS GRAND PROMISES.

When Kejriwal, a man known (through his speeches, actions and the media) for his honestly, down to earth nature, love for the common man, and a willingness to actually act upon all his promises became the CM, I suddenly became very interested in Indian politics, not because the elections were very eventful but because I finally felt that a change is INDEED POSSIBLE.

Like me, many others too welcomed AAP with arms wide open. Twitter and Facebook were full of updates about how Indians can finally see the silver lining and that this young man is very promising. However, within a few weeks of his taking over the position of the chief minister, the social media and the media were criticizing him too. Why? Because he decided to protest, outside the Rail Bhavan, against the corrupt and inefficient Delhi police. He demanded immediate action. What was wrong with this? The other parties said that the new CM was turning out to be a ‘nightmare’ for Delhi (Arun Jaitley) because he was creating unnecessary anarchy. The posts on Facebook said that by shutting down metro stations and stopping the traffic, he was causing inconvenience and was disrupting everyone’s routine. Certain news channels said that he was being overly dramatic and was merely trying to seek attention. Certain threads on Twitter went on to start a serious of jokes on his honesty. Someone also updated a status reminding Kejriwal that he is not just any random political activist anymore, and that he is the Chief Minister and hence, this is NOT the right way to make the government work.

If I may ask, what is the right way then? First, you are unhappy that the government just doesn’t do anything while the people protest and want to bring about change. NOW when the Chief Minister is protesting WITH the people, suddenly the CM is behaving like a child? How many times, in the history of Indian politics has a political leader left the comforts of his home and slept on the streets on a cold winter night? (I don’t remember anything like this happening in a REALLY long time), how many times has a CM gone against the police knowing well enough that by doing this he is actually making life hard for himself?

I understand these protests are inconvenient, and that they turn violent and often harm innocent people, but try looking at the bigger picture. If he succeeds, he saves a lot more people and makes life easier for many more.