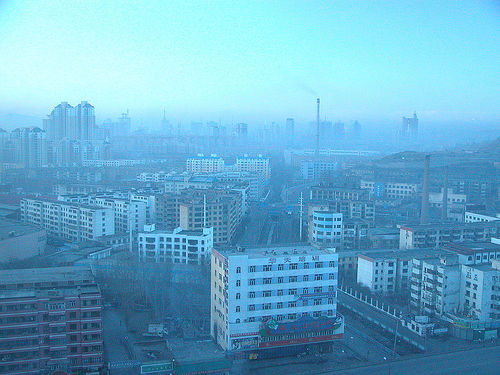 Scholar Ilham Tohti was arrested on his Beijing home on 15 January and has been held at an unknown place ever since. The Chinese-Uyghur could face charges of inciting separatism, underlining president Xi Jinping’s unspoken new hardline approach in regards to the Xinjiang region where the anti-terrorism budget is expected to double in 2014

A context of increased pressures

2013 saw at least seven deadly encounters and two riots in Xinjiang. The tensions between Uyghur Muslims and the police particularly escalated at the end of the year when a purposeful car crashed near Tiananmen. 16 people were also killed during an attack of a police station in Shu Fu town in December. The restrictive religion policy, the coercive birth control and the crushing of petitioners exercised on the Uyghur people fosters discontent as their grievances go unadressed and ignored by local officials.

Although there was an involvment of Uyghurs in these ‘terrorist’ incidents, as categorized by the Communist Chinese Party (CPP) and sometimes relayed by Western media, it is essential to mention that the country has been the ground of 180,000 mass incidents of all kinds since 2010, as estimated by sociologist Sun Liping [1].

Ilham Tohti challenged the official accounts of these events on his website Uyghur Online (uyghurbiz.com), a platform to discuss social issues involving Uyghur-Han Chinese relations which is currently inaccessible. In an interview with Radio France International [2], he had bewared of the danger of exaggerating the Xinjiang independence issue. According to him, the connection made between outbreaks involving Uyghurs and the Xinjiang independence is a misleading assumption exacerbated by the government in order to target an entire people for being catalysts of violence.

The central government and  Ilham Tohti both call out for a strict interpretation of China’s 1984 Regional Ethnic Autonomy Law. However, while the latter advocates for a full implementation of the law and therefore the guaranteeing of preferential policies in the autonomous areas, the CPP relies on this law to preserve social stability.

Since May 2010, a ‘new deal’ was being promoted in the country’s far west frontier and economic growth had been set as the key to all problems faced by the region.  ‘Leapfrog development’ as  a means to resolve ethnic conflicts was supplanted by weiwen, ( 维稳), the maintainance of stability [3]. Weiwen implies the primacy of the state in dispute resolution and the budget spent in this purpose (£110 billions) surpassed the expenditures of the People’s Liberation Army (PLA) for national defence.

Before his detention, Ilham Tohti was teaching economics at the Central University for Nationalities and in an effort to undermine his work and reduce the number of students attending his class, had been allocated the school prayer slot.  Tohti’s arrest echoes Kunga Tsayang’s release on the same day. The Tibetan writer served 5 years and was also charged with separatist activities. His essay ‘Who are the true splittists?’ underlines the process of branding as a major factor for perpetual animosity between the Hans and the Tibetans, leading us to think of the CCP’s similar attitude towards both the Uyghurs and the Tibetans.

*Freeweibo.com allows you to see microblogging posts that have been deleted or censored on the Chinese web. For posts about Ilham Tohti, type ‘伊力哈木土赫提’ in the search bar.