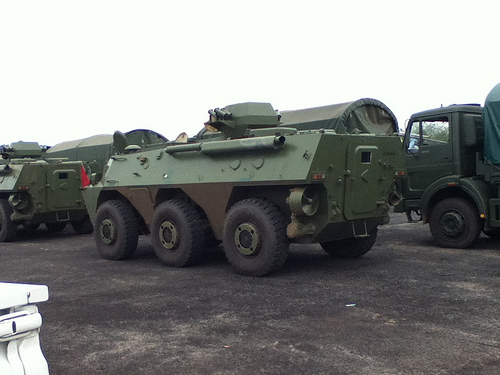 As the first month of the New Year draws to a close so begins my latest endeavour called the “Future’s Series”. For the next few weeks I will be providing an analysis and evaluation of what the next year holds for a number of African nations that have recently been in the spotlight.

The first instalment focuses on the Central African Republic (CAR). This is a country like a number of other African nations currently experiencing a radical and rather uncertain transition. Whilst religious conflict continues in large parts of the country there have been gradual diplomatic steps being done behind the scenes.

The election of the first female Interim President in Catherine Samba-Panza has not just been a short-term message of sexual equality taking precedence but also of a conscious effort between rivalling political parties for calm. There are many within the CAR that believe the new Interim President now acts as a safer and more neutral political grounding for the nation. Her predecessor, Michael Djotodia, who was the country’s first ever elected Muslim leader, resigned from his post on January 10th following increased pressure from regional leaders and the former colonial leaders of the country France for failure to deal with the rising conflict.

President Samba-Panza has called for peace between the fighters of Christian extremists the “Anti-Balaka” and followers of the former Muslim Extremist movement the “Seleka”. Whilst the Seleka as such are officially disbanded their followers remain as a defiant stand against Christian extremists in the country. Only on 19th January in Bangui local law enforcement and possibly a French Armoured Patrol witnessed the public execution of two men on a busy roundabout. The protestors in the area that are believed to have carried out the murders were reportedly angry following rumours of Muslims targeting innocent Christians in the city. One bystander who remained anonymous told local press that the attacks were carried out in response to a number of reports that Muslims in the capital have been accusing taxi drivers across the city of handing over known Muslims to CAR authorities to be executed. He said that: – “Muslims accuse certain taxi drivers of handing Muslims over to the Central Africans to be executed”.

According to reports he had heard the executions were in response to events the previous day where reportedly: – “Muslims abducted a taxi driver and executed him in Kilometre Cinq”. Kilometre Cinq is a primarily Muslim area of the city where numbers of Muslim citizens in the region have multiplied in recent years.

The long-term goals for peace in the CAR are a distant thought right now. But at the same time it is important to have high hopes and praise for the successful election of a presidential figure that is the most likely to instil calm and equality. The election process alone shows a strong underlying unity between fellow African officials and enforcement figures of the UN and a clearer understanding of what steps all parties should be taking.

What seems to me to be an important step in 2014 for the CAR is a firm view on what measures can be taken during the next few months. Whether they are radical measures or with a gradual operation the focus must be on what can be done in the present to initiate the first steps toward change. On-going peace efforts are much more likely to become a greater reality through a neutral figure like Samba-Panza in the near future and so I couldn’t personally have thought of a more ideal candidate for the current situation in the country.

By creating a solid set of short-term goals in restoring a sense of law and order within the capital city of Bangui and starting to bridge the racial divide in the heart of the CAR could well be the foundation for a large-scale stability that the country has wanted and needed for many years now.